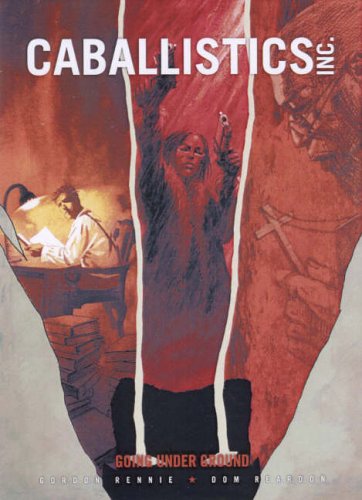 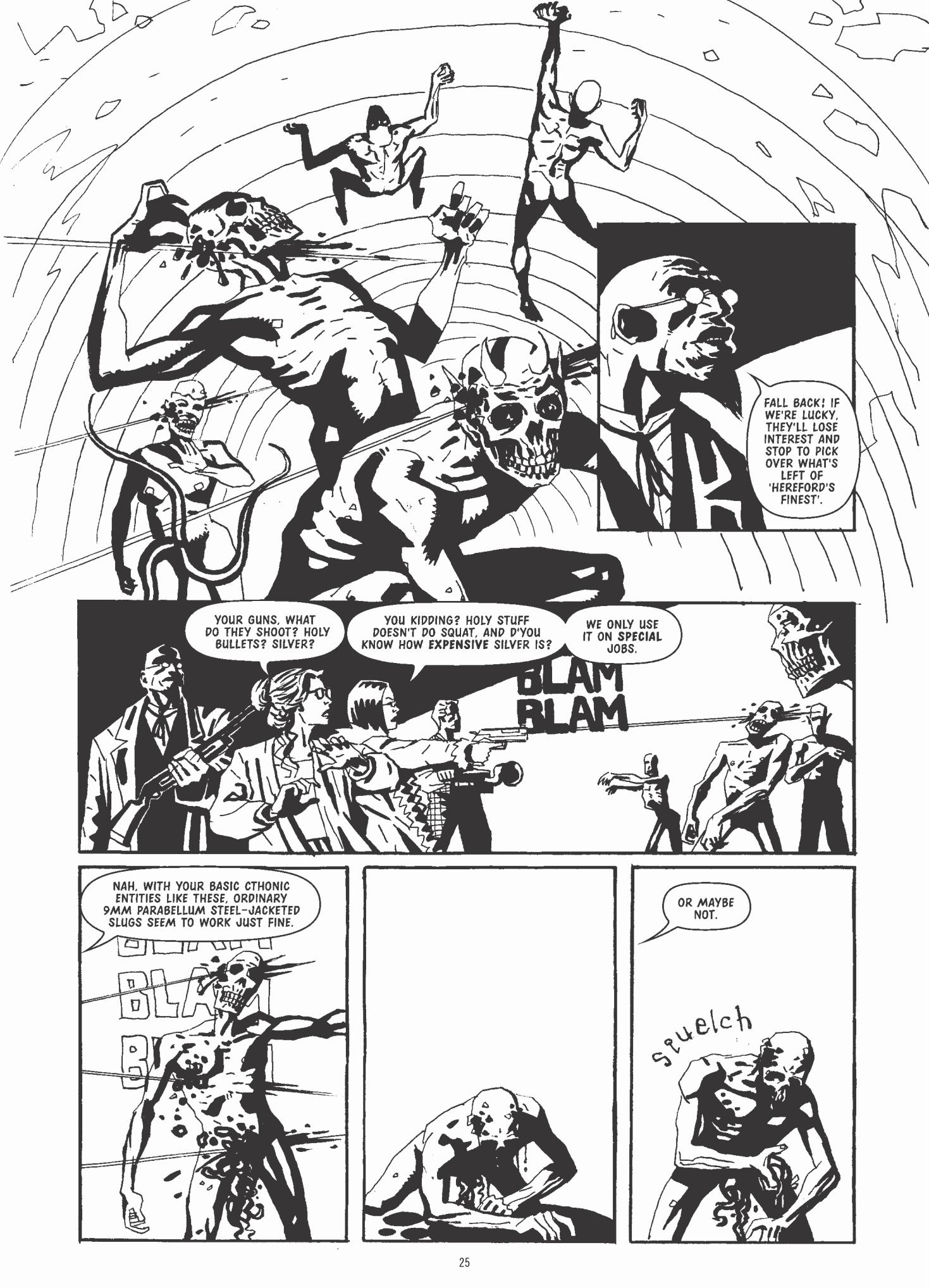 A British government department has kept below the public radar, still drawing funds sixty years after the end of World War II to combat the Nazi supernatural threat. That ends when they’re purchased wholesale by a wealthy former rock star with an interest in the occult, and teamed with assorted other specialists to create a first response team proactively dealing with monsters and demons, plenty of which have manifested in the London Underground system. The contrast of the stiff upper lip elements of the past with the blast ‘em and bury ‘em nihilism of the contemporary demon slayer takes the title chapter of Gordon Rennie and Dom Reardon’s Going Underground a long way through a plot that’s otherwise little more than an extended, stylishly drawn shoot ‘em up.

In his introduction, though, Rennie notes how he planted random surprise moments without any great idea of where they’d lead, picking up on them later, and one of them ends the first story brilliantly to drag readers into the far better subsequent content. Ravne enters as smarmy and arrogant, but once Rennie has a handle on him he develops into a fantastically provocative personality, self-interested, with his own agenda and little concern for his colleagues other than occasionally exploiting them. The results of one example provide another series mainstay.

Reardon’s stark black and white art is an efficient meshing of David Lloyd and Mike Mignola, co-opting the clarity of Lloyd’s layouts with the jagged style Mignola applies to figures, and the shadows so effectively used by both. He brings his own design capabilities to both demons and locations, constantly presenting skin-crawling things and places that no-one in their right mind would want to be anywhere near. His triumph is the demon within, someone who we don’t see often, but who fully emerges next time out.

The concept of butt-kicking demon hunters isn’t original, so it’s the characters that make it work, and they’re spotlighted over the final ‘Downtime’ section, each having their own solo showcase. This is Going Underground’s best material, Rennie shining a light on the mistakes of the past resulting in the characters of the present, backstory combined with some real horrors. It’s also setting up the opening of the following Creepshow collection, a bunch of people following the Caballistics Inc. crew around, but amusingly not learning the truth along with the readers. The quality curve heads steadily upward here, so much can be expected from what follows in Creepshow. Both are combined in The Complete Caballistics Inc. with later stories that weren’t previously collected.