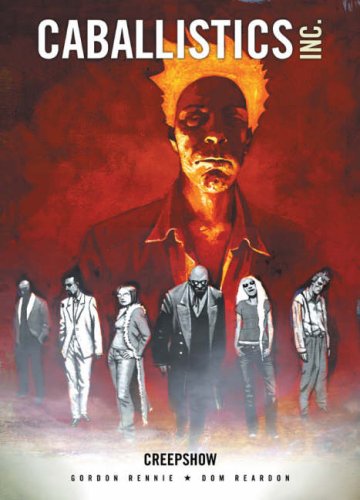 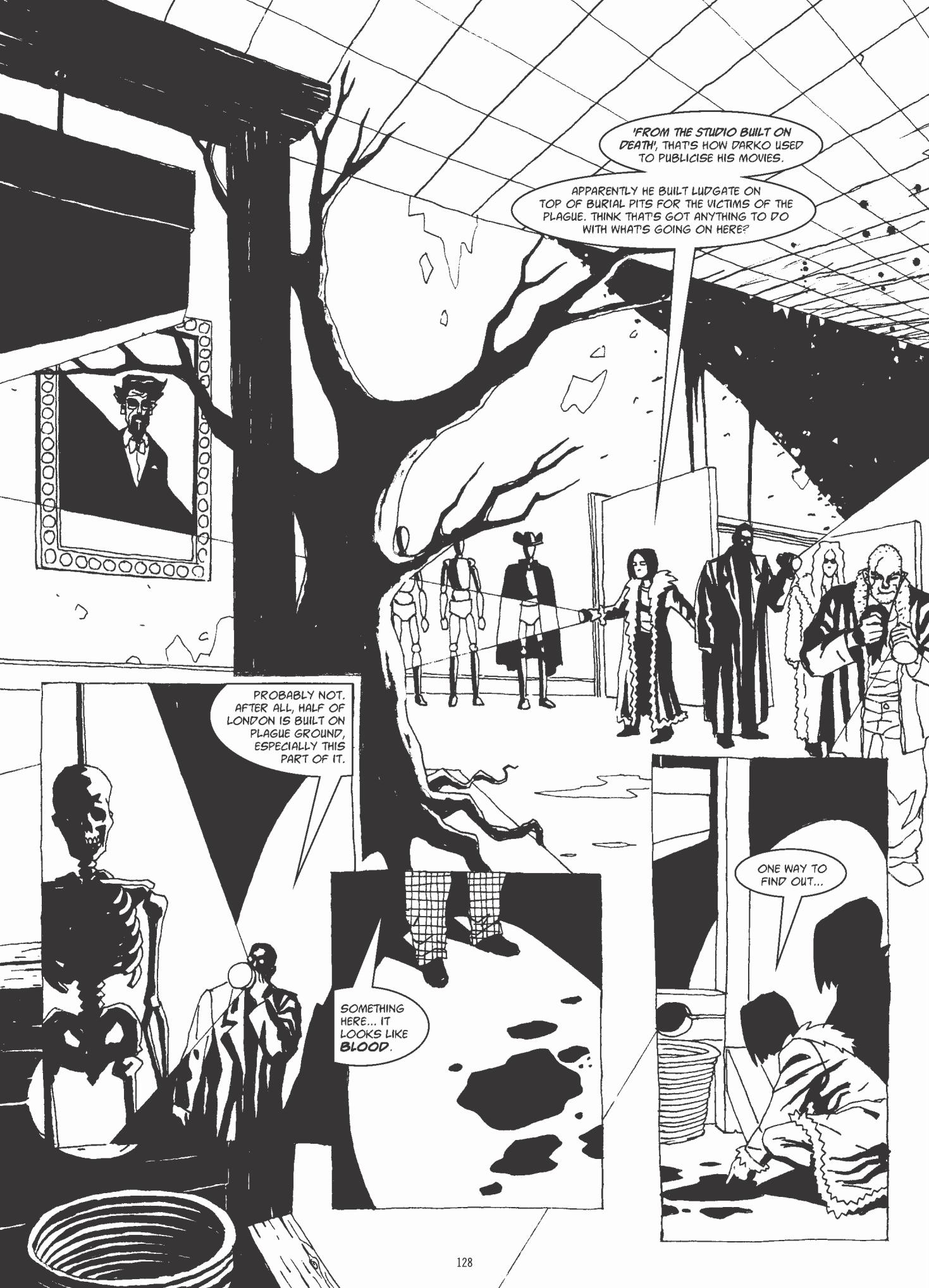 Caballistics Inc. is a mismatched team of paranormal investigators with differing backgrounds, personalities and methods, brought together by never seen former rock star billionaire Ethan Kostabi. Going Underground ended with spotlights on individual characters, each of them being monitored by specialists connected with a very old man who’s recognised Ravne as working for the Nazis during World War II. Not that other members of the team don’t have their own dirty secrets.

Gordon Rennie surprises by revealing one of them early. Readers know the mousy Jenny has been possessed by a demon, but most of her team-mates didn’t. Rennie can drop that surprise early because he’s not short of other inventive plot twists and new characters. Harry Absalom is a treat who only appears toward the end of Creepshow, but was strong enough to headline his own graphic novels. The title strip is Rennie’s love letter to schlock British horror cinema of the 1950s to the 1970s. Artist Dom Reardon buys in, plastering the backgrounds with faked cinema posters for imaginary films and revelling in the sets, and the entire trip straddles the impressive line of both conforming to expectations and confounding them.

There was much to entertain in Going Underground, but what makes Creepshow an improved read is Rennie’s broad sweep through assorted facets of gothic horror. The celebration of cinema is followed by a meeting with the world’s most powerful telepath, which turns into a World War II tale, after which there’s some messing with religious iconography and a trip up to Scotland. Reardon’s loose, jagged people and shadowy locations are all-purpose fits.

Rennie develops a pleasing way of tying his threats together, anyone who survives one story having a fair chance of turning up again somewhere, although it can equally be said he’s unsentimental about anyone he feels has served their purpose. Grizzled old policeman Absalom is introduced while most of the team are in the Highlands protecting the British royal family, a visual joke being that he looks like old Albert Einstein if the physicist had spent a life wallowing in debauchery. He only has a small role in Creepshow, but progressed to solo status in Ghosts of London.

A balance between viable mysteries and threats, and the secrets and conflicts within Caballistics Inc. keeps the feature interesting, with Rennie’s constantly cynical voice and Reardon’s precise sense of emphasis offering the originality. Creepshow ends applying the maxim of leaving the readers wanting more, with Kostabi being introduced and events moving toward the apocalyptic. It begged for a further collection presenting the final stories Rennie and Reardon produced, which never materialised. Instead twelve years after Going Underground and Creepshow, the remaining stories were finally made available in book form as part of The Complete Caballistics Inc, and now that’s the book to buy.