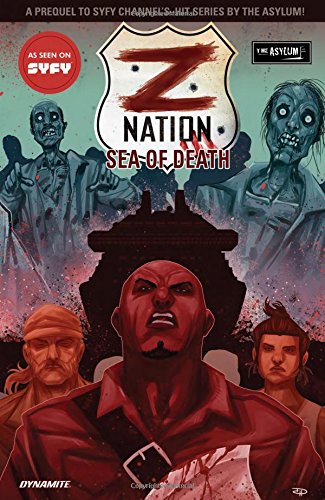 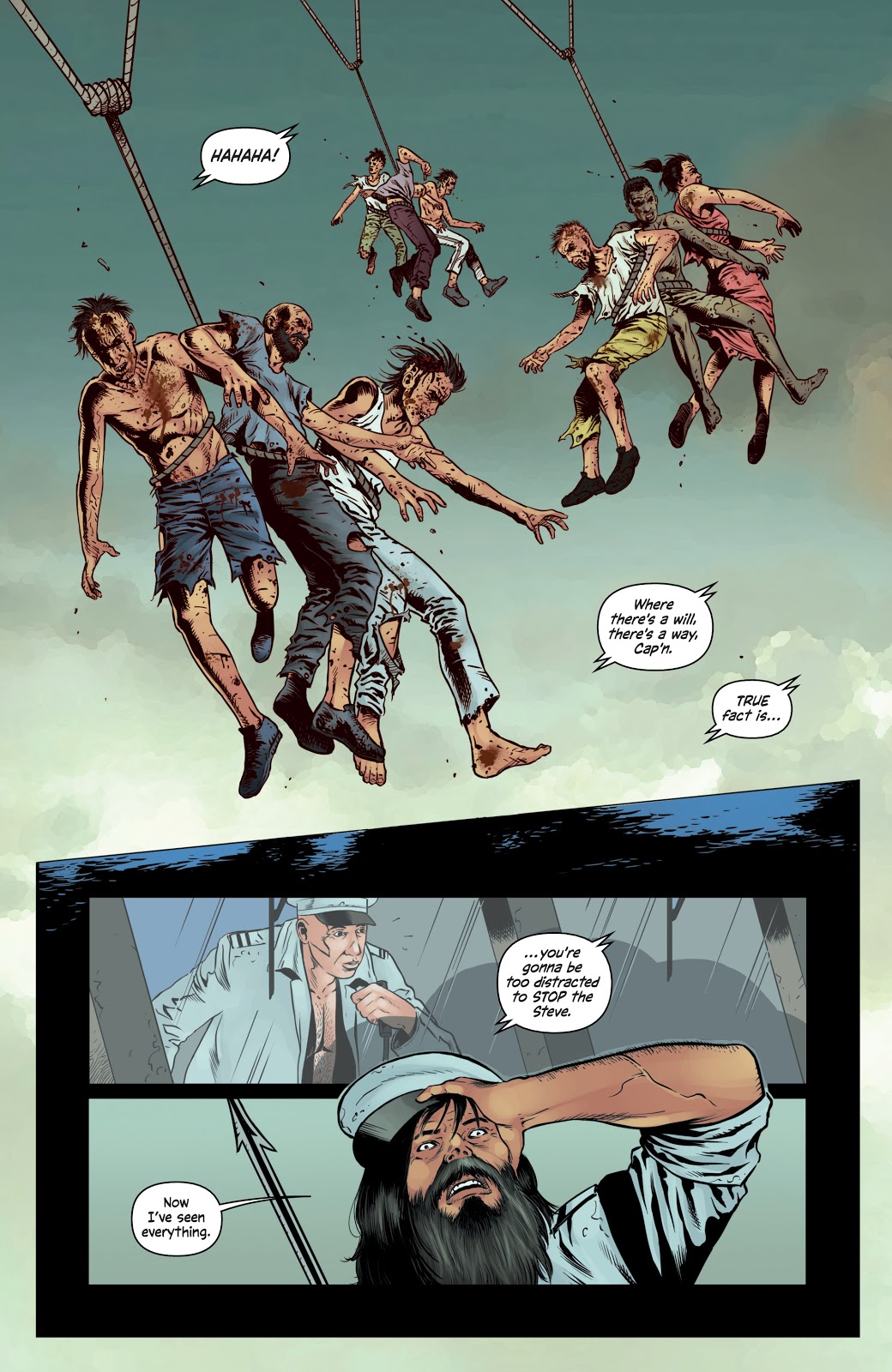 Five seasons is a respectable run for any TV show, and yet Z Nation only generated the single graphic novel. The TV show picked up three years into the zombie infestation of Earth, but for Sea of Death the clock jumps back further, just a year into the apocalypse, when a team of National Guards believe hope remains on the agenda. Before the shit hit the fan a scientist generated an artificial food designed to end world hunger, and caches have been stockpiled for cases of emergency. It falls to Israel Johnson and his team to take a retrieval mission to Texas.

With series co-creator Craig Engler writing with Fred Van Lente, there’s both the series credibility and the comic writing experience, but with so much zombie entertainment out there in the 21st century they need to come up with something that really stands out. Much of the action is set on a cruise ship, a protected area that Johnson needs to infiltrate. He’s determined and single-minded, but still believes in a system of order in a world that no longer has any, while more and more tinpot dictators emerge in micro communities. Aboard the cruise ship zombies are kept for sport, target practice in staged, inventively sadistic events, and there’s no shortage of zombie creatures either, so it’s not as if any seasoned zombie fan won’t predict where Sea of Death is heading. It’s just a matter of whether or not the creators can meet expectations.

Artist Edu Menna is a real find, someone willing to put the work in with both people and technology and impressive with both. The cast are the idealised attractive people of the action movie, but well drawn, and the effort put into some of the spreads is notable. The cruise liner is beautifully rendered, and so is the threat to it.

By midway through the fourth chapter all hell has broken loose, and the writers have surprised with their notion of what’s best placed to seriously damage a cruise ship. From that point it’s just a matter of which cast members are going to survive the horrific scenarios Engler and Van Lente contrive. Since none of them are seen in the TV show, it’s all up in the air. Johnson carries some heavy duty hand to hand combat weapons, and until the finale they’re underused, but otherwise Sea of Death should please Z Nation fans and anyone just wanting a good zombie read.