Zebedee and the Valentines 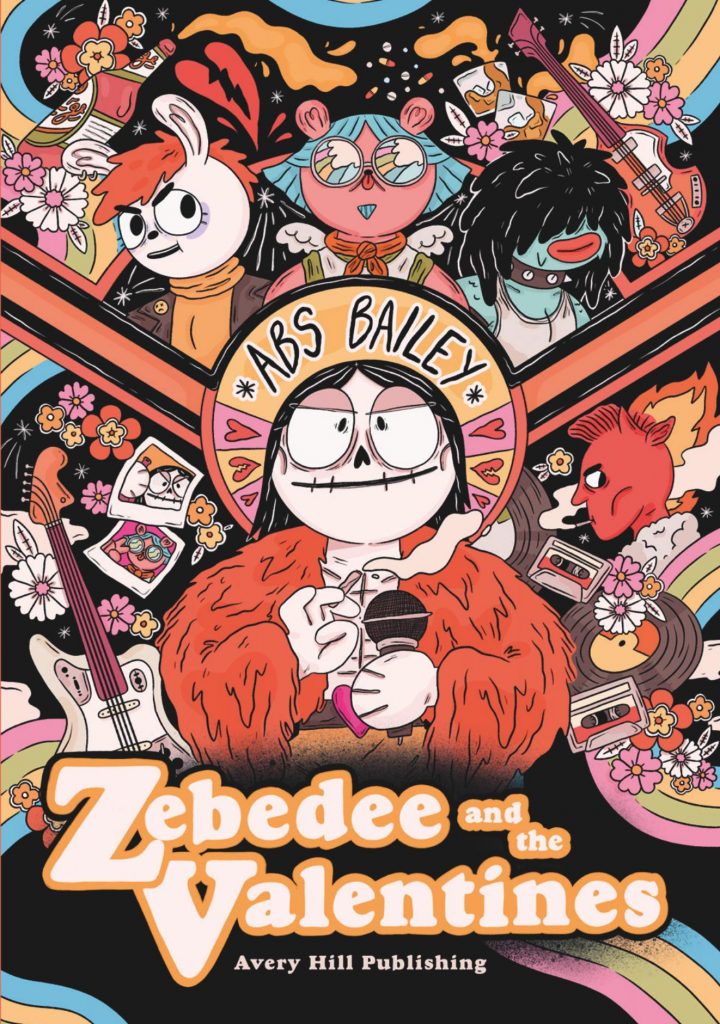 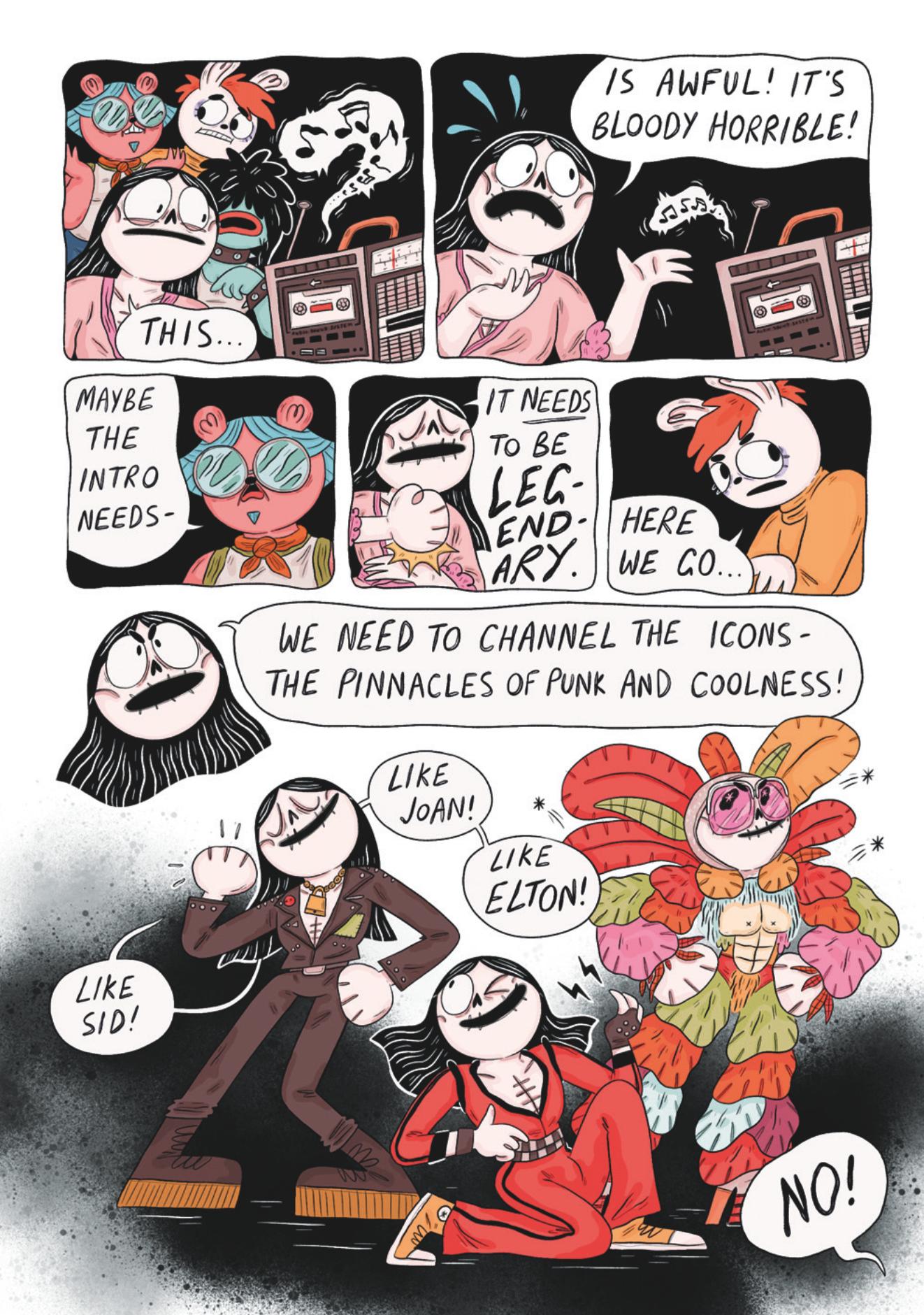 Zebedee Valentine is short on talent and long on ego, the lead singer of a band he considers his back-ups, constantly preparing for the day when the public at large will supply the acclaim he considers his due. Because in his mind he’s a major talent, any knockback must be someone else’s fault. What should be the greatest night of his life so far, when he plays to his largest audience to date, instead ends in jealousy, disappointment and tragedy.

Most of us know someone who could be caricatured as Zebedee, the insecure person constantly puffing themselves up, very often at the expense of belittling others. Abs Bailey’s version is a monstrous creation, incapable of goodwill or tolerance, the entire world just there to serve his ego, and brilliantly realised over the first half of the story. Zebedee has an excessive on-stage persona, and although it’s the early 1980s, he’s given the ridiculous look of the rock god from a decade earlier, an era that also feeds into the art, with psychedelic influences spread over the imagery. There are limitations to that art, not least that Bailey could be a little more imaginative in laying out the pages, with too many conversations viewed face forward over a succession of small panels, but when it takes flight, she captures a solid mood. Offstage Zebedee lives as if on it, the only difference being a side dish of unpleasantness to anyone who’s not going to promote him.

This is a book of contrasting halves, though, a two act fall and rise arc, and the second half is considerably weaker, overly sentimental and drifting toward the inevitable over too many pages. The observation is smart, but neutering Zebedee himself provides redemption at the cost of entertainment.