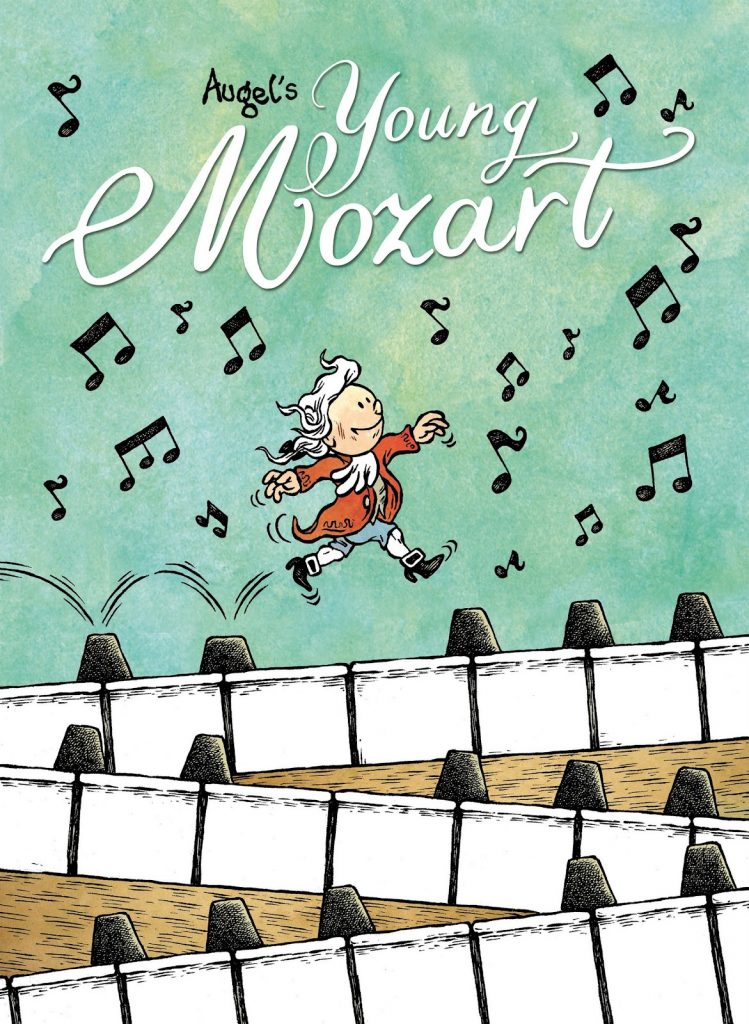 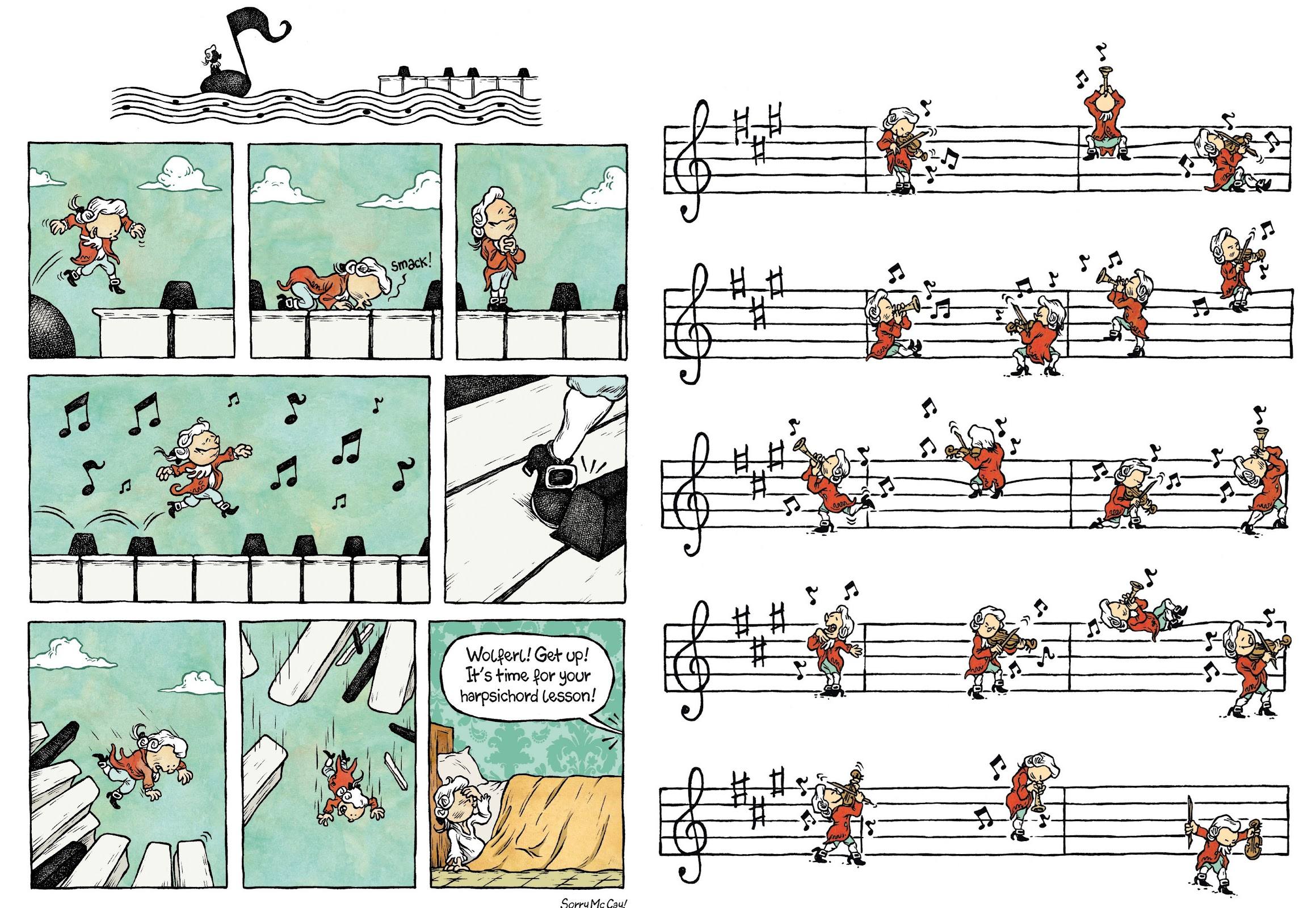 18th century composer Wolfgang Amadeus Mozart was a musical prodigy, able to play the piano well at the age of four and beginning his own compositions a year later. It’s this young Mozart that William Augel co-opts for series of all-ages gag strips.

It may not seem the most promising material, or limited at best, but that discounts Augel’s creativity. Beyond the character of the musical Mozart there’s no theme, just Augel improvising around an idea as a musician might tinker with the standard musical arrangement, channelling multiple comedy formats from the slapstick to the surreal. The result is an impressive selection of jokes. The sample pages indicate the breadth of approach, with a pastiche of Winsor McCay’s Little Nemo in Slumberland on the left and the right being a whimsical extrapolation of blank musical sheets as having solidity while also highlighting Mozart’s multi-instrumental skills.

Charm connects everything. Augel uses the period settings and accessories, along with genuine aspects of Mozart’s life. His sister Nanneri appears, in reality also musically gifted, the young Wolfgang has a close relationship with his father, and it’s taken into account that he travelled as a child. However, that’s all stage dressing, and the necessity of comedy strips is that they’re funny, and Augel doesn’t let anyone down. A simple drawing style is maintained, so kids will laugh at the simpler jokes while adults take in the more sophisticated, but there’s enough substance so younger readers will take something from every strip even if they don’t appreciate every level of Augel’s playful creativity. This is seen in the little illustrations between four panel gag strips collected three to a page. When three bath strips appear, they’re separated by musical notation in bubbles, while Mozart scribbling music on the washing is separated by drying clothes hanging from the musical lines.

Occasionally a strip is improved via a little knowledge of Mozart’s compositions, one playing around with the idea of Eine Kleine Nacht Musik (A Little Bedtime Music) followed by one about a magic flute and one about a bird catcher, but the jokes work without that knowledge. Augel sustains his themes over seventy pages, and dud jokes are rare. As enjoyable as a Mozart composition? Definitely. 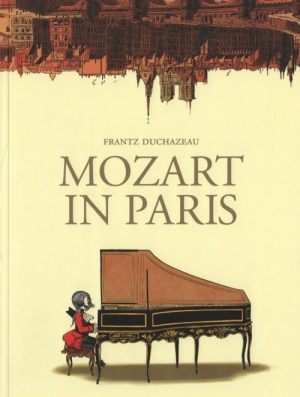 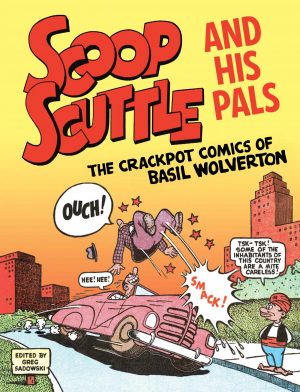