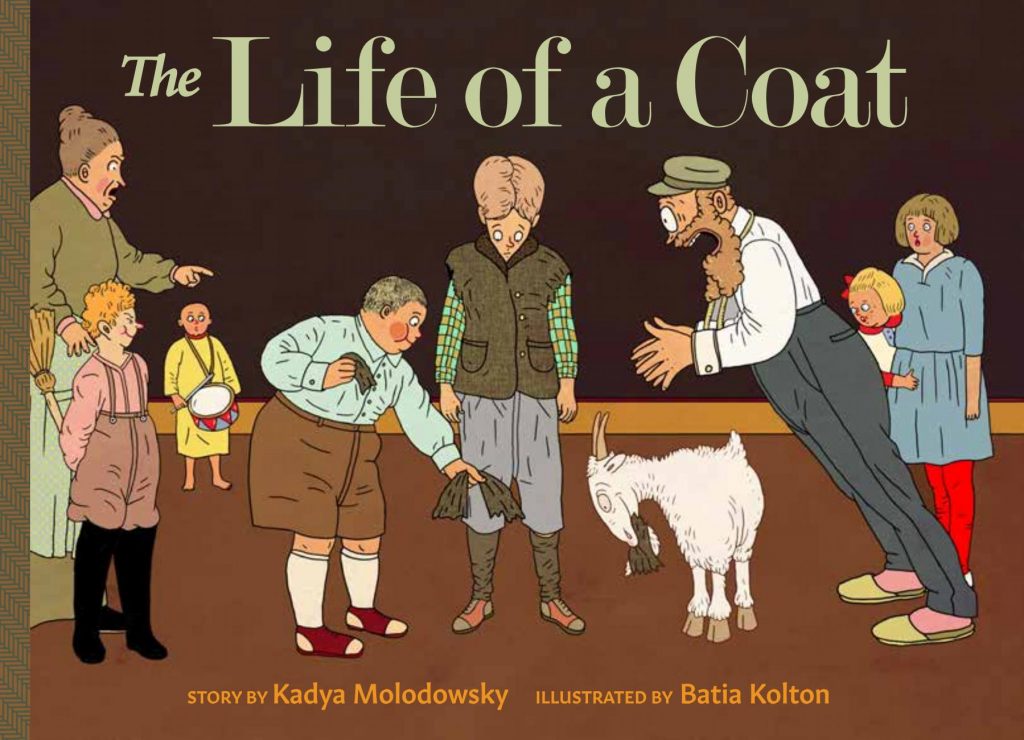 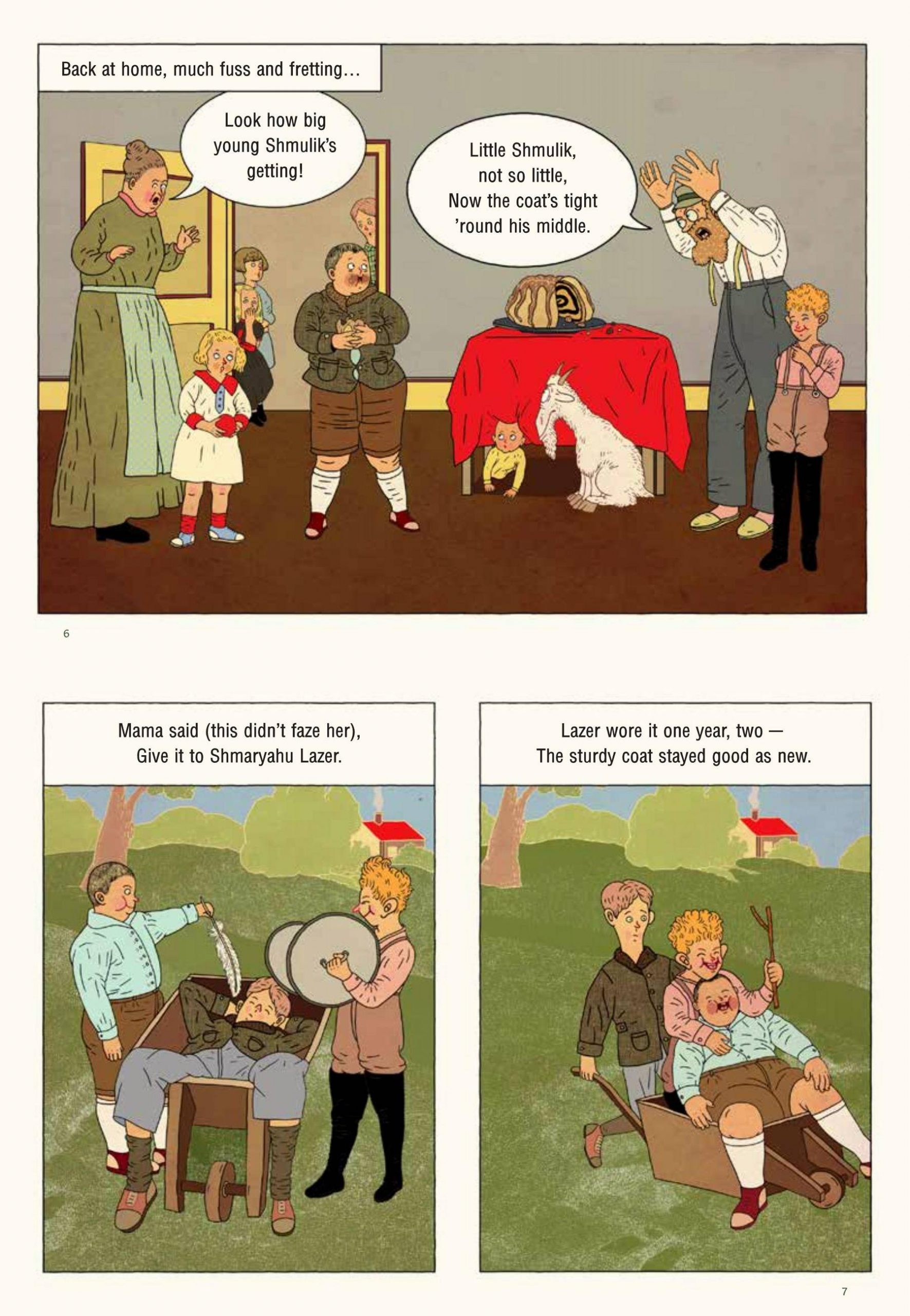 Kadya Molodowsky was a Yiddish writer most prominent between the 20th century’s two world wars, when she saw many of her short stories dramatised and her poems set to music. The Life of a Coat was written in 1931, about a tailor with a large family making a winter coat for his eldest son, and how that coat is passed down from child to child. Each outgrows it, and each ensures it’s passed along in a deteriorated condition.

Israeli artist Batia Kolton takes the rhyming story and illustrates it in the form of the morally instructive children’s books of old, with large illustrations and muted colours. The tailor is a wonder of despair every time he’s presented with the coat’s further degradation, mourning it as if one of his children has been damaged. What’s unsaid, and has to be assumed, that the rhyme originated at a time when even a tailor couldn’t afford to make a winter coat for all his children.

Rhyming poetry for children may not be the most respected literary genre, but in terms of work required from a translator there’s a difficulty well beyond the respect accorded the work. Ilana Kurshan supplies a simplicity to the rhymes, yet keeps them joyful and funny, transmitting the original intent.

It may resemble the sort of old-fasihoned moral instruction on how children should behave, but The Life of a Coat subverts that by presenting children as they are, lively, prone to mischief, and surprisingly creative. It’s a quick read, but one that will still delight children almost a century after it was originally written.