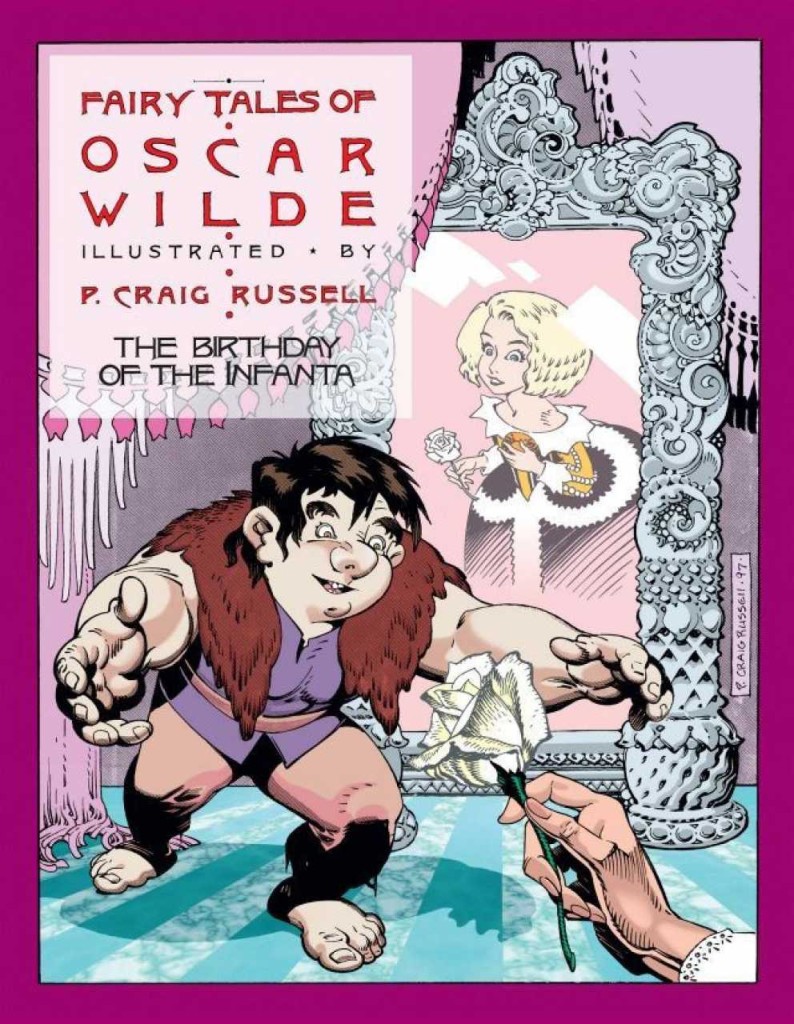 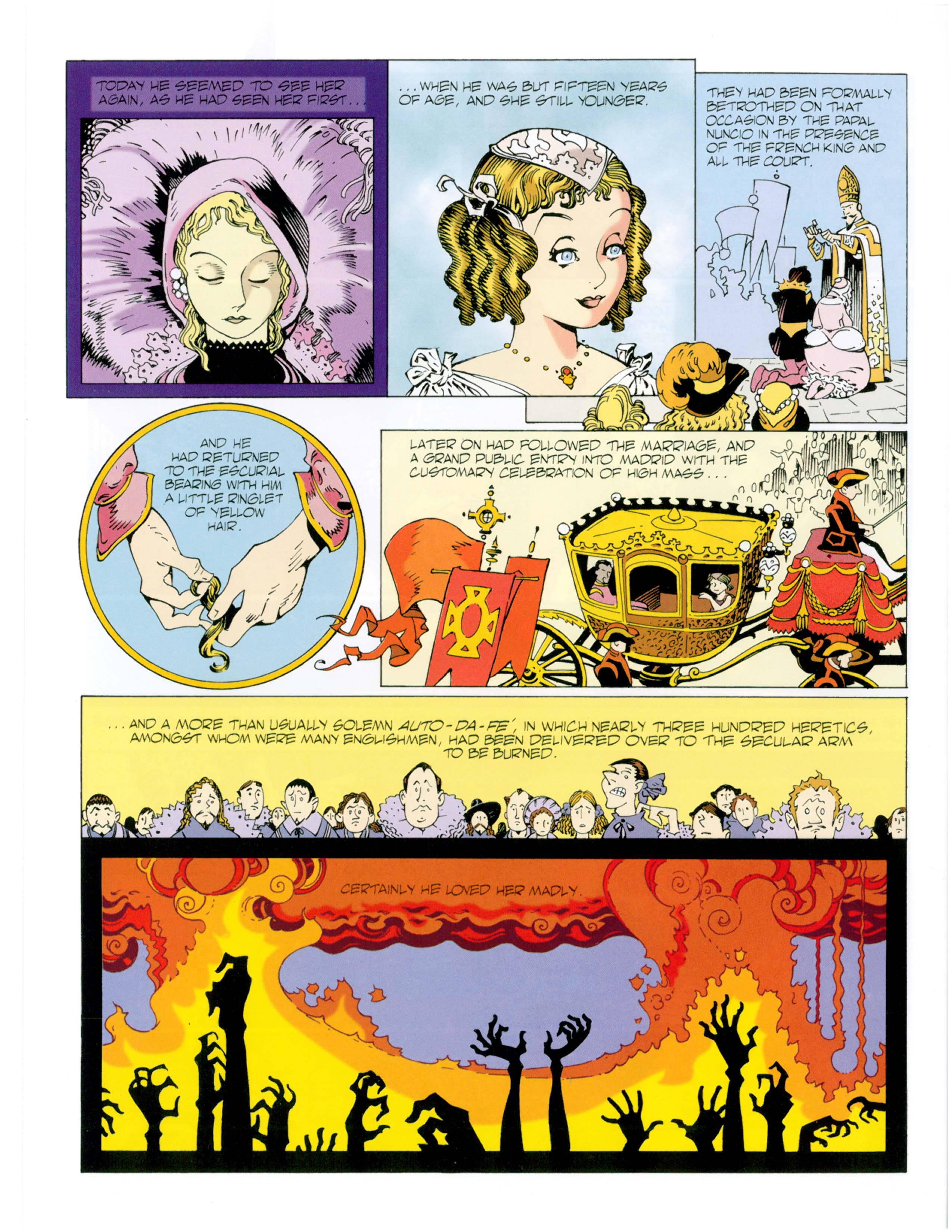 ‘Infanta’ is an honorific bestowed on the eldest daughter of a Spanish king who’s not the heir to the throne, in this case the young princess, never named, celebrating her birthday. The king still mourns the death of her mother many years before, rumours circulating that she was murdered by his brother. He broods as his daughter is entranced by the entertainment provided for her. The most appealing of all is a young hunchbacked dwarf, captured in the woods the previous day.

It’s the dwarf that occupies the remainder of the story, as entranced by the princess as she was by his cavorting, and innocently unaware of his own ugliness. His life has been one of running free through the forest, and he’s puzzled and curious about the opulence of a royal palace.

Oscar Wilde chose a very dark setting for The Birthday of the Infanta, the story occupying the entire third volume of P. Craig Russell’s adaptations of Wilde’s fairy tales. It matches the darkness of the pain eventually endured at the conclusion. The period of the Spanish Inquisition is now recognised as a stain on humanity, as the Catholic church sanctioned torturers, and the execution as a heretic of anyone they coerced into confessing they didn’t believe in the Catholic version of God. Several thousand were killed, and those living in Spain or its colonies feared the arrival of the inquisitors. They’re only the background to the story, but one that instantly establishes the fear of the times.

Russell’s art is even more stunning than in the previous two books. The story calls for the radiance of the palace to be central, and Russell’s obviously spent hours on the details of individual panels convincing us this is the abode of the richest and most powerful man in the land.

As with some of Wilde’s other fairy stories, The Birthday of the Infanta is a discursive beast, having the feeling of not being created to a plot structure, but more organically, with Wilde exploring ideas as they occurred to him. That the princess is trapped in a world of beauty contrasting the ugly dwarf who had been free is a neat touch, and the central revelation is beautifully delivered by Russell, applying exactly the appropriate sense of wonder and tragedy over an extended sequence.

For all the thought and beauty of the art, though, the story falls on Wilde’s contribution, being more a collection of fine moments than flowing whole.