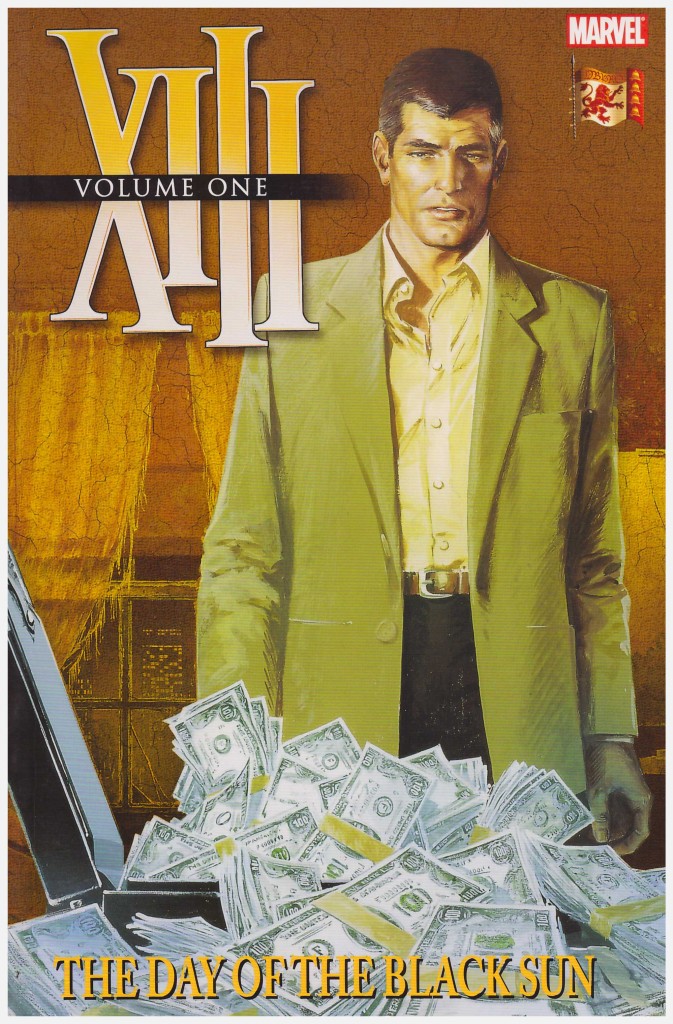 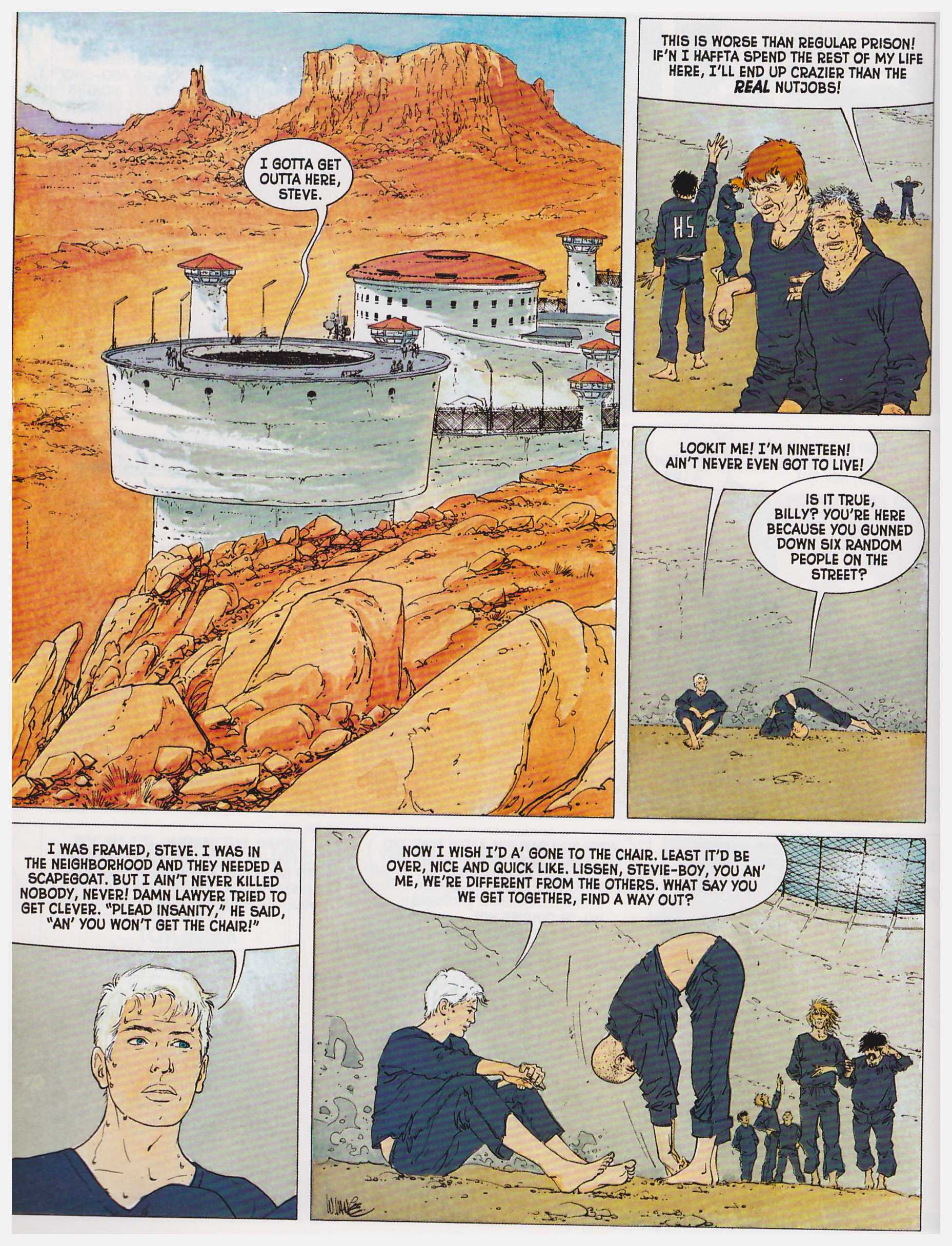 In 1984 already successful French graphic novel writer Jean Van Hamme took the premise of The Bourne Identity, placed his own spin on the core concept, and propelled himself into the first rank of European comic thriller writers. XIII, ran for eighteen years, has since prompted a spin-off series, and has been adapted for TV.

This collection is a re-packaging of the first three volumes, individually The Day of the Black Sun, Where the Indian Walks, and All the Tears of Hell, and is a decent serving of the man named XIII after the tattoo of Roman numeral inscribed on his collar bone.

He’s washed up on the shore of a remote beach community in North East USA unconscious and amnesiac. While he has no clue who he might be, when danger comes calling XIII proves very capable, with possibly military training kicking in instinctively and saving his life. One of his would-be killers carries a photograph that might be a clue to his identity.

When XIII follows up on the clue he’s attacked again, makes a pretty shocking discovery as to who he might be, and why people are attempting to kill him, and realises he needs to avoid the authorities. That’s all in the first chapter, and as surprises are key, they’re best not revealed until read. Suffice to say Van Hamme provides a thrilling read.

The core of this series is constant change. Van Hamme is extremely clever in leading the readership down the garden path, and then confounding all expectation. In this book alone XIII wears out two identities, with a third in place by the conclusion, and that’s par for the course. This is a very deep mystery indeed, and it squirms away from expectation at every turn.

Van Hamme is partnered with an extraordinary artist in William Vance. He excels even for a culture where it’s expected that the artist doesn’t skimp on background detail or location shots. His people are varied, credible and easily distinguished, some memorably designed, his action scenes are exciting, and his storytelling amazing. In the third chapter here there’s a sequence where XIII crawls through a drainage tunnel, and Vance conveys the claustrophobic tightness by a series of ever smaller panels.

In 2007 this was a very welcome publication. The first two volumes included had last seen English language translations in the mid-1980s, but that series died with their publisher, so All the Tears in Hell had never been translated into English. This book is a result of the short-lived alliance between Marvel and Dabel Brothers publishing, and the immediate drawback is reducing the European album sized pages to the standard US graphic novel format, leaving large white areas at the top and bottom of the art. As the agreement petered out, the series wasn’t continued.

The good news, though, is that starting in 2010 British publishers Cinebook began reprinting the series in English again. They also opted for a reduced format, but that’s a price worth paying for having the entire series available. Their translations are slightly more naturalistic, and XIII’s woes continue with Spads. 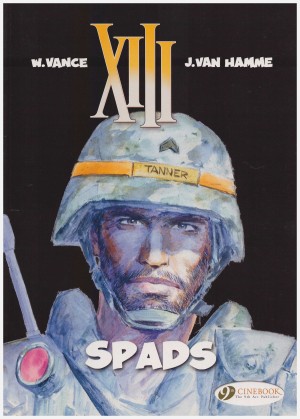 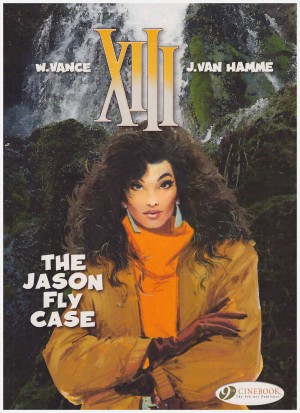 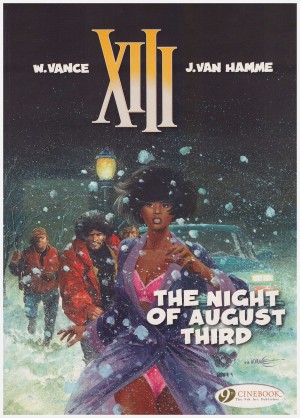 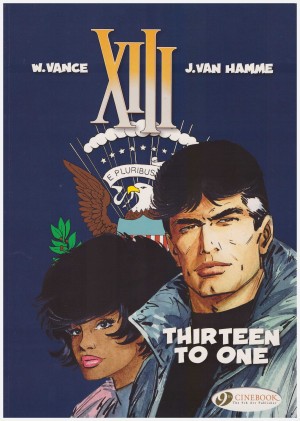