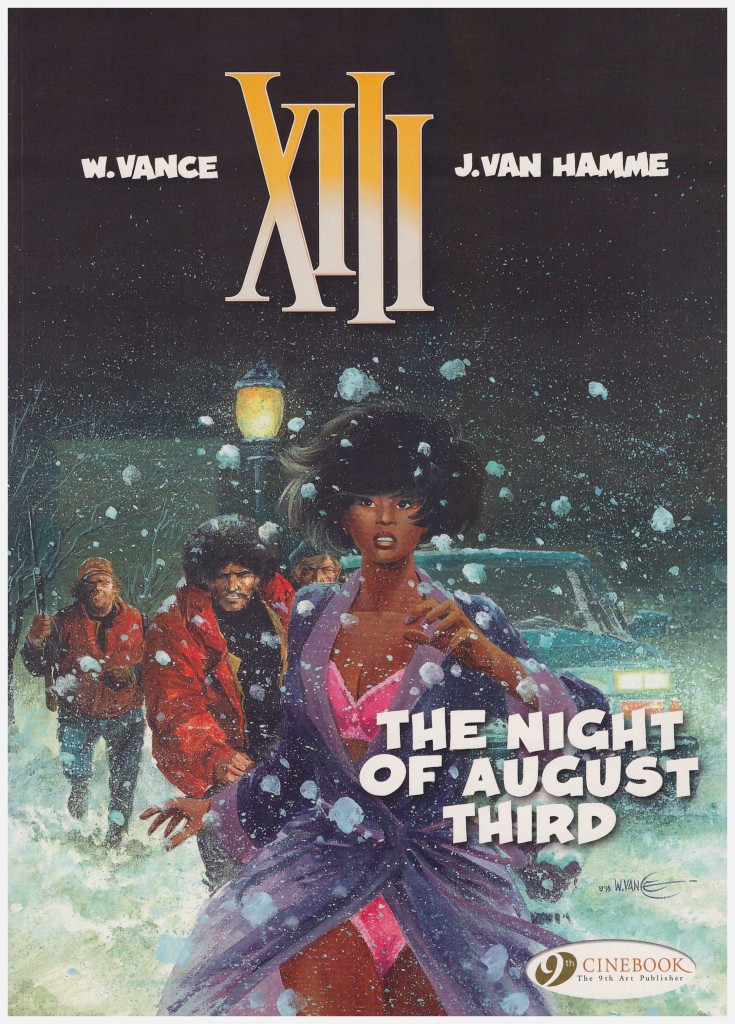 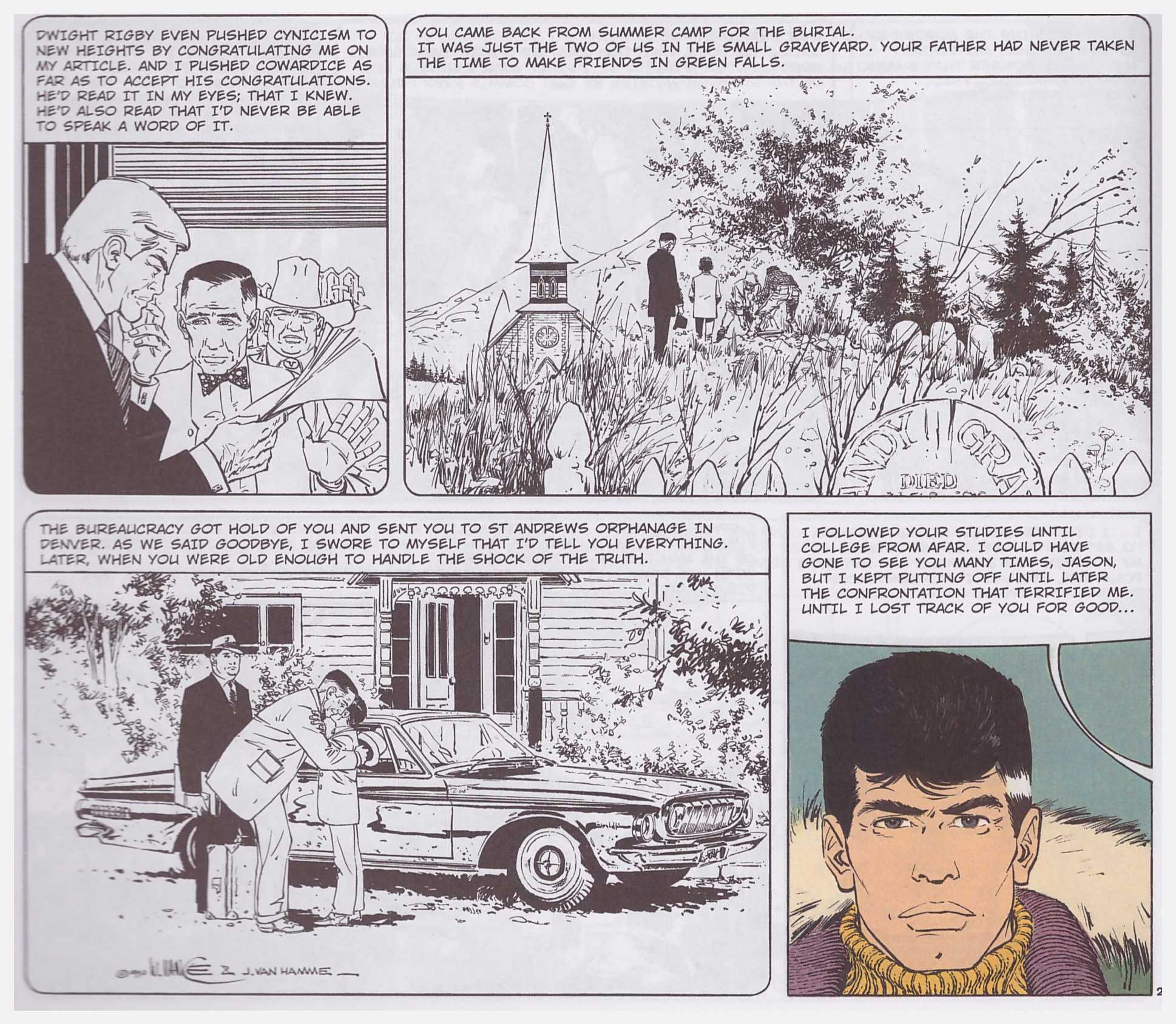 The amnesiac man known as XIII due to Roman numerals tattooed on his collar bone has been searching for his real identity. The previous book The Jason Fly Case saw him arrive in Green Falls, Wisconsin as Jason Fly (in his head at least, he used an alias in practice), and for the first time in the series so far completed a book with the same identity with which he began it.

Jason Fly came from Green Falls, and although drawing a blank for the most part in searching for clues to his past, he has been confirmed as Jason Fly by an elderly resident. This is a Jean Van Hamme plot, though, so there are layers upon layers. Was this man really telling the truth? Furthermore, the story of Jason Fly and his long dead father Jonathan involves some business influential citizens of Green Falls don’t want dragged up again. Those people have made a very deadly ally.

It seems that XIII and Agent Jones, now also in town, have been framed, providing the ideal excuse for their possible demise resisting arrest. Amid a very busy and writhing plot Van Hamme moves matters forward considerably regarding XIII’s identity, and this is a series highspot. It reads like a very well paced TV mystery and has some horrifying moments.

Artist William Vance surpasses his normal standards. While a large number of guns are pointed, few are actually employed, and this book is very heavy on dialogue and explanation in places. He disciplines himself to render everything in attractive fashion despite the few opportunities to cut loose. When those arrive, most have to be staged in precise fashion, and Vance delivers every time.

He further makes the choice that scenes related from the past are rendered in black and white, and the juxtaposition with coloured scenes set in the present day forms a very effective contrast.

If you’ve not already been reeled in by Van Hamme’s clever plots, it’ll probably make little difference to note that by the end of the book XIII has a seemingly definitive identity. There are still other mysteries to be solved, though, and they’re picked up in Thirteen to One.