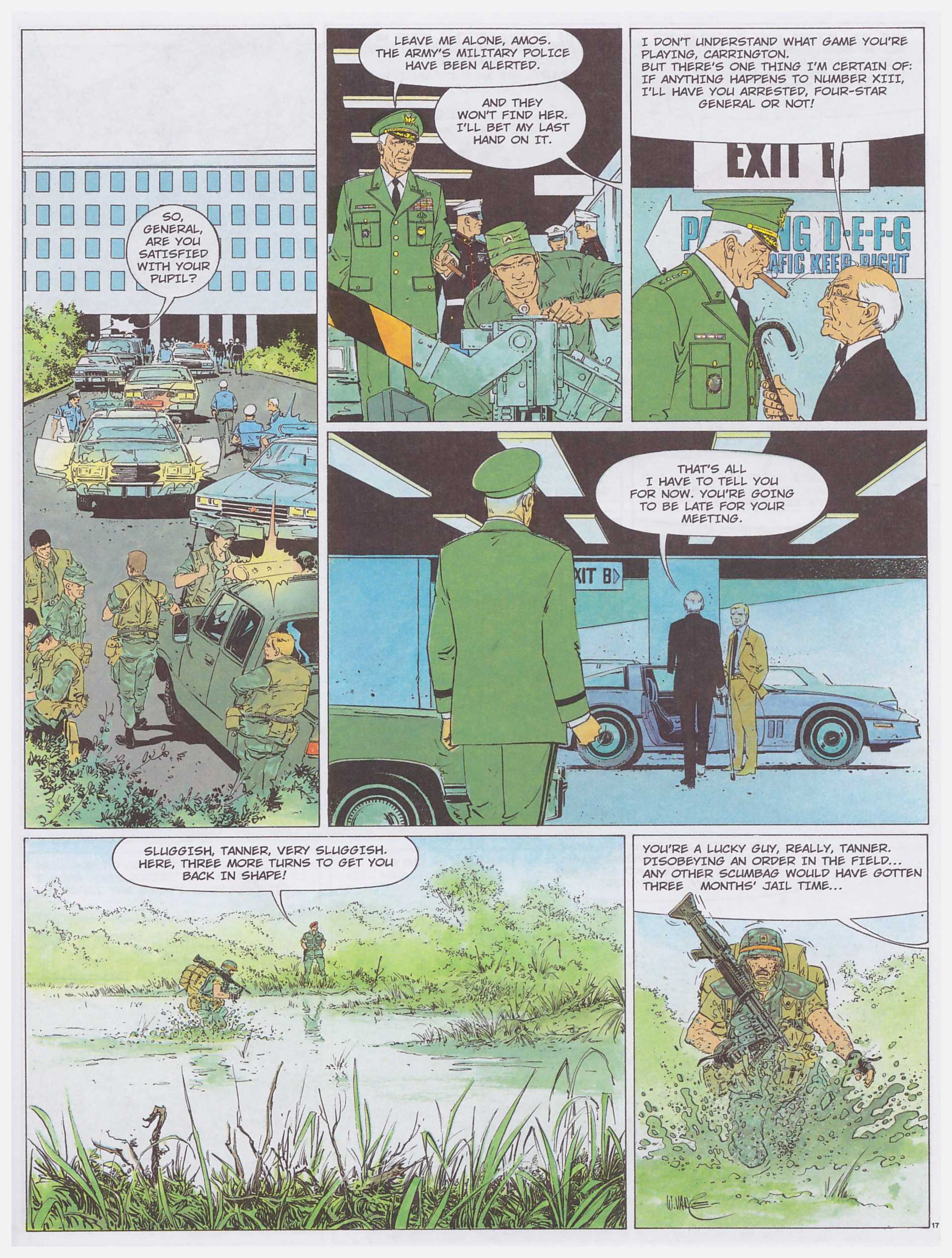 Our mysterious, yet very capable amnesiac acquired yet another new identity at the conclusion to All the Tears of Hell. XIII, named after the numerals tattooed on his collar bone, is now Ross Tanner, formerly missing in action and one time member of the Special Assault and Destruction Squad (the SPADS of the title). Or is he?

Only three books into the series it’s already apparent that writer Jean Van Hamme is having a fine old time setting up credible scenarios and convincing the readership before demolishing them as utterly false. Is he doing so again?

This story is set against the background of the Presidential election, required because XIII apparently assassinated the previous incumbent. Or if he didn’t, he’s currently the fall guy. Again taking his cue from the Kennedy assassination, the leading contender in the Presidential race is former President Sheridan’s younger brother.

Because he’s operating amid such high levels of deceit, can XIII be sure that even those who’re seemingly his allies have his best interests at heart? Others investigating the Tanner identity only raise further questions. This is contrasted with Tanner/XIII once again parts of the SPADS, as a provocative and combative Corporal with little respect for rank.

One has to sigh with admiration at the manner with which Van Hamme’s grenade fragment plot is beautifully pulled together. This doesn’t mean, however, that matters are any clearer by the end of the book. Certainly much is given a revised reading, and it requires a significant info dump in the final pages, renewing the hovering uncertainty as to who XIII is.

While his plotting is formidable, Van Hamme’s characterisation is very much surface gloss required to move the plot forward. XIII is basically a slab of meat, and in true James Bond fashion, at the book’s end he’s isolated on a tropical coastline in the company of two beautiful women. That leads directly into Full Red.

So, once again, a superbly plotted and illustrated story that’ll have you turning the pages faster than XIII makes his next move on a woman. That pretty well applies to the entire series.