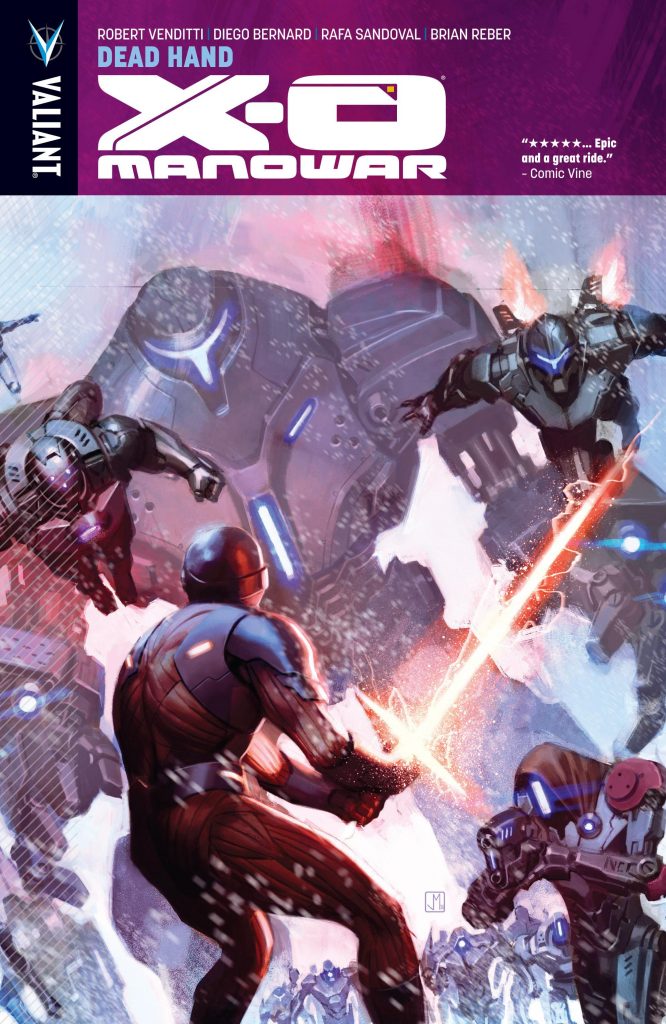 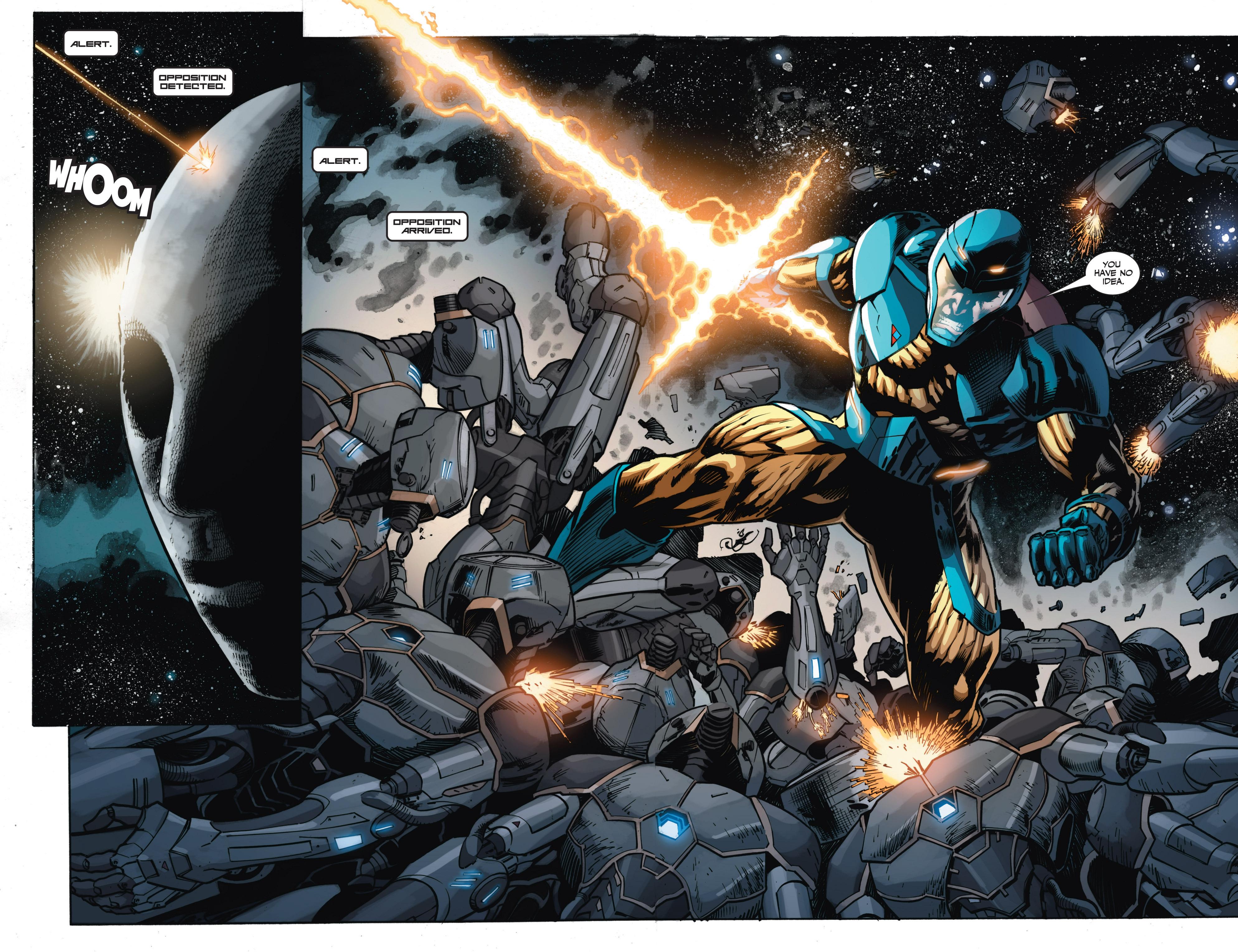 Over the course of this X-O Manowar series Robert Venditti has slowly revealed the mythology associated with the alien armour, Shanhara, to Aric who wears it, and much of what’s been revealed in the past is used to construct Dead Hand. The armour originated on a planet known as Loam, which Aric swore to protect back in Planet Death, which is now targeted by automated technology created by the Armor Hunters, last seen two volumes previously. They view the alien armour as evil, have dedicated their lives to eradicating every last example, and their machinery is capable of devastation on an almost unimaginable scale.

Dead Hand opens, however, with another story about Aric’s campaign against the Romans in the early days of the 5th century. It’s well drawn by Rafo Sandoval, but slim with seemingly little purpose beyond allowing regular artist Diego Bernard to catch up on deadlines for the monthly publications. There is an element of tying in with what follows, a point nicely made in hindsight, but it’s still a slim story.

What the Armor Hunters have created is terrifying, and as explained by Venditti, the logic behind it even more so. If there are no people for the indestructible armour to bond with, then it will be rendered harmless. It’s the Judge Death form of reasoning, which in story terms is a good idea, as is the initial response of prospective allies Aric contacts. While the concepts behind it are solid, however, the title piece somehow never sparks into life the way that might be expected despite the scale of events. It’s partly due to X-O being a series where almost every threat is on a planetary scale, which has diminishing returns despite Bernard’s still spectacular art. It’s also due to Aric himself being rather a one-note character. He’s brave and blustering with a sense of honour, but the interludes in the past tend to be him learning, and there’s never any real time spent amid the excitement defining him further.

Dead Hand is collected in the harbound Deluxe Edition Vol. 4 along with the following Exodus. 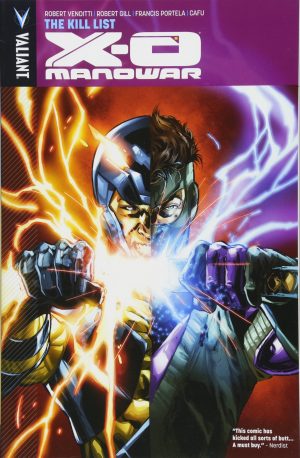 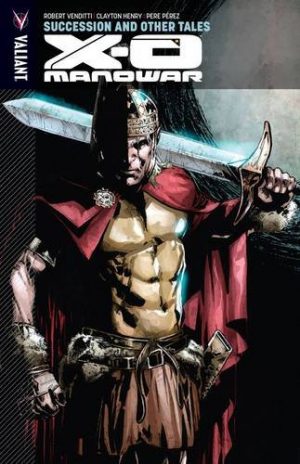