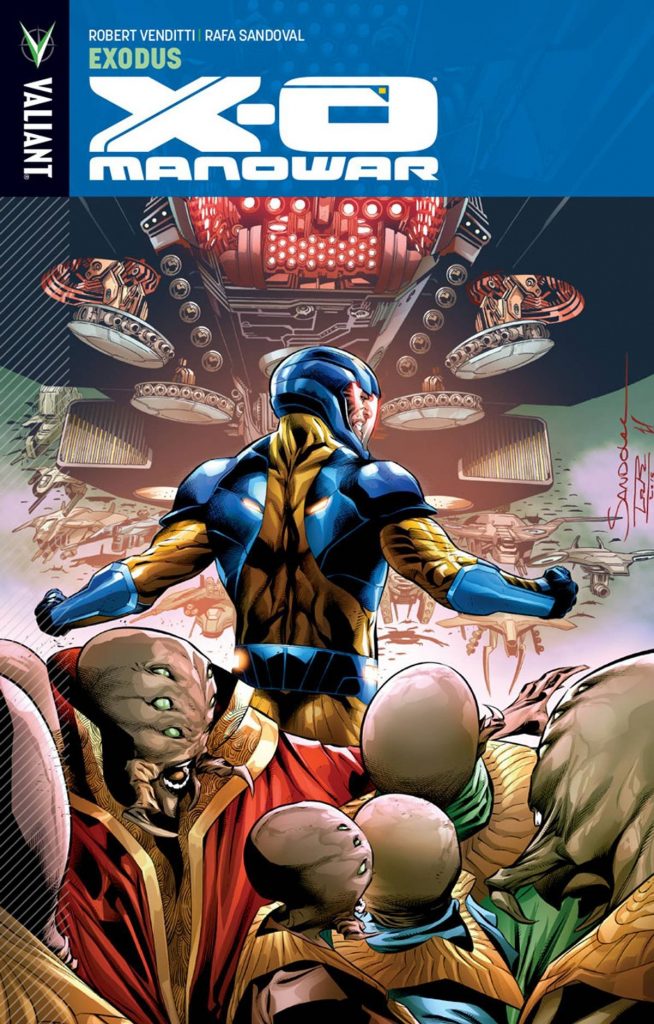 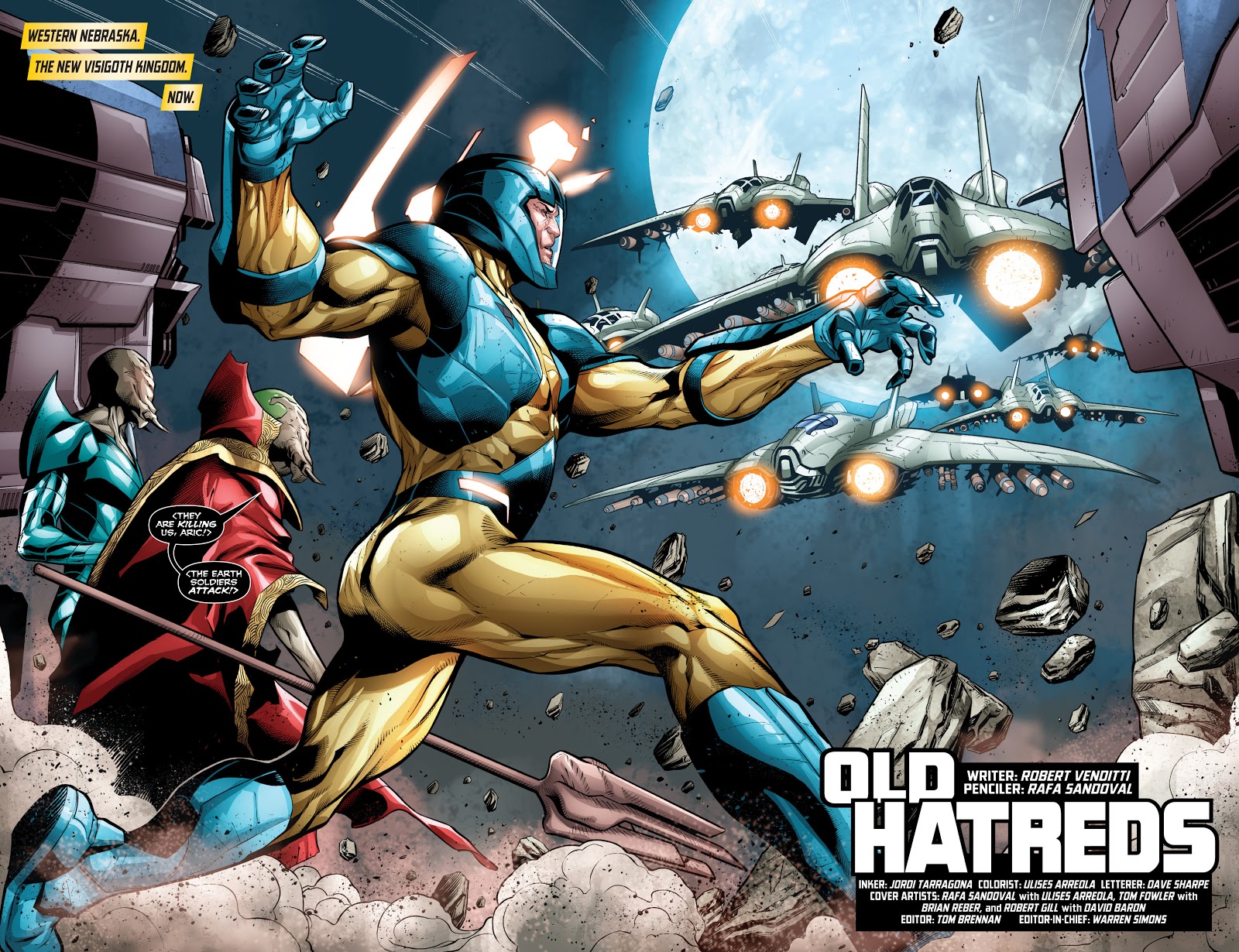 In one of his earliest adventures Aric, Visigoth wearer of the X-O armour, dealt with an alien race called the Vine, repelling their attempt to invade Earth. Rather surprisingly, he arranged peace with them, and in doing so freed a large group of his enslaved 5th century people now making their home in an area of 21st century Nevada. The rest of the deal was the Vine coming to worship Aric as a God, and they’ve now arrived in Nevada to settle in his vicinity in their millions. It’s not a plan that sits well with the US authorities, and that’s even before the involvement of a commander who remained on Earth, never intending to accept a peaceful solution. A further complication is that very influential people on Earth are what are known as Vine ‘seeds’ planted to ensure a successful invasion and able to pass as human.

Among his people rescued from the Vine was a woman called Saana, who reminded Aric of his lost 5th century love Dierdre, and their relationship has grown ever closer to the point of Exodus opening with their wedding. Robert Venditti and Rafa Sandoval present the standard superhero festivity with guest stars galore and overflowing sentimentality. If you like that sort of thing, well that’s what you like and the lack of deviation from the standard template will appeal.

For all the melodrama, the wedding is convincing as the celebration it’s intended to be, in a way the title story isn’t. Part of that is down to Sandoval’s art reducing everything to microcosm when a sense of scale is needed to display the global threat. As seen by the sample art, Sandoval can be great with an action pose, several other impressive examples being scattered through the book, but he never conveys the threat of an alien invasion.

It’s a shame as Venditti’s plot turns and twists very nicely, the key issue being Aric highly regarded both by the Earth authorities and the Vine arrivals, but where does his primary allegiance lie? Venditti solves that question very neatly in the final chapter, which in turn leads into The Kill List. With more dynamic art Exodus would have been a better story. It needed the full Star Wars spectacle, not close-ups of a few soldiers standing next to a giant craft, and as such, the tension is there, but artificially limited. This is also combined with the previous two trade editions as volume four of X-O Manowar Deluxe Edition.

As one of the issues collected was one of Valiant’s extra long anniversary publications, there are also a few short stories by other creators included. Andy Runton has the Shanhara armour meet his Owly character, Rafer Roberts turns in a comedy X-O, and Amy Chu with Cafu looks in on Saana’s past. They’re all diverting as bonus material without being in any way essential. 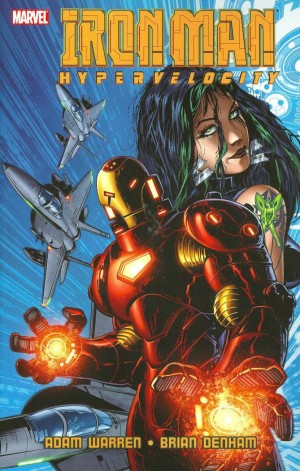