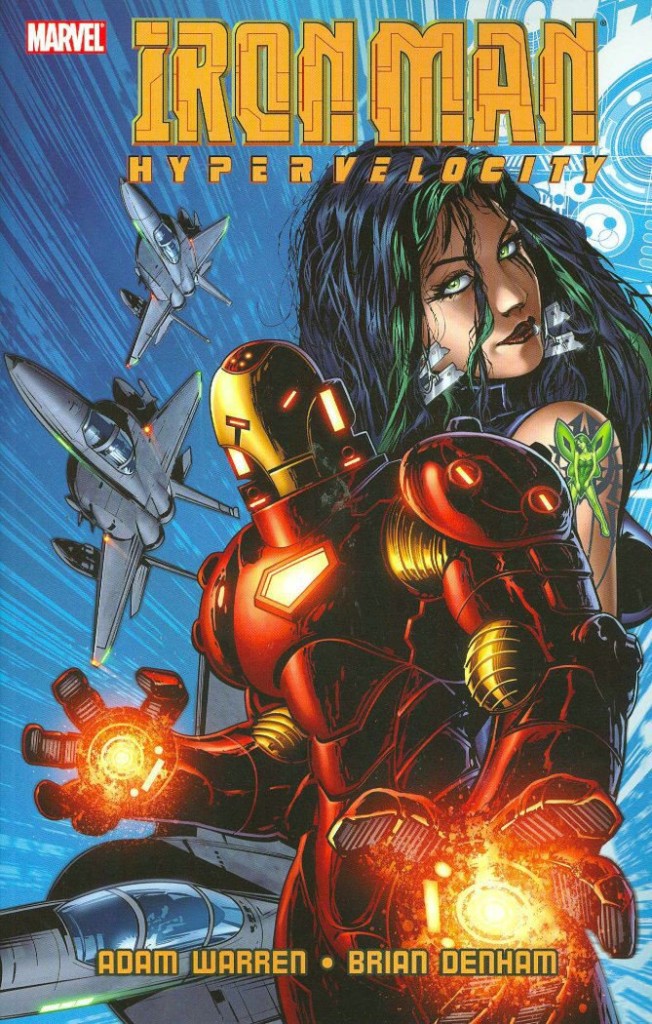 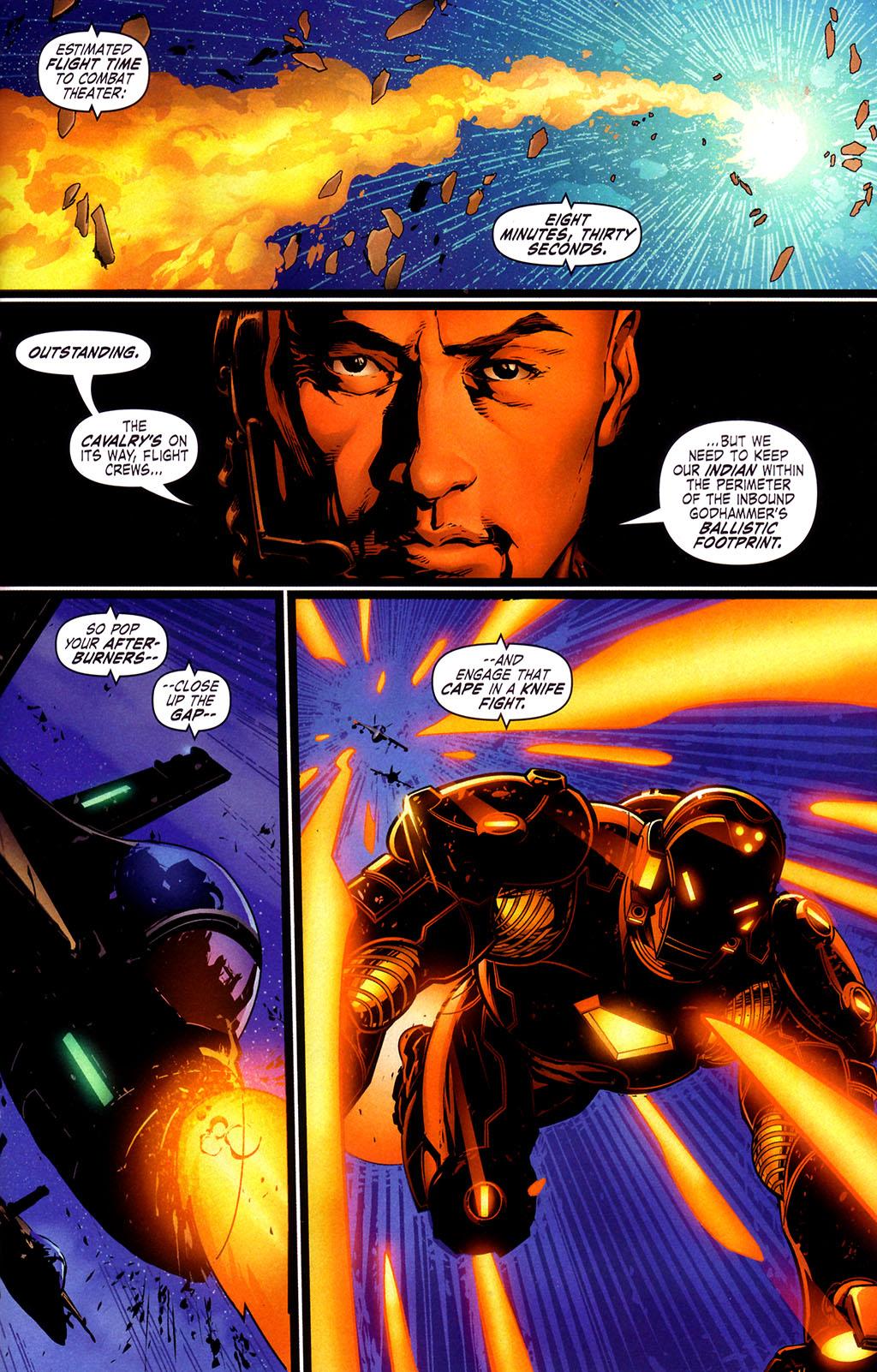 This was one of the many Iron Man projects commissioned to ensure graphic novels on the shelves coincided with the release of Iron Man’s 2008 film. The first time the story of Iron Man’s armour developing autonomous sentience was run in the 1990s it was a thrilling new wrinkle on the armoured Avenger’s capabilities. Since that point it’s been, if not a recurring theme, certainly not one Iron Man writers have shied from. Hypervelocity is Adam Warren’s version.

Two simultaneous plots occupy the bulk of the book. Warned by an automatic message generated by Tony Stark, S.H.I.E.L.D. tests assorted hardware attempting to down the rogue armour, which actually believes itself to be Stark freed from the confines and limitations of his body. That body meanwhile lies recovering in hospital. Warren also toys with Stark’s memories being invaded by a provocative tattooed woman who wasn’t there at the times he’s recalling. That’s an annoyingly overplayed presence when shifted to the story’s foreground.

In order to perpetuate an air of realism for those who know their ram from their rom, Warren peppers the script with techno-geek terminology, rendering some of it so much gibberish to the uninitiated. Much of this is delivered in great blocks of white on black text, and there’s an irony that over-emphasising research slows down a story titled Hypervelocity. It’s a shame as Warren throws in some good ideas, Stark reverse-engineering and improving on technology taken from villains being one.

Artist Brian Denham obviously loves his technology, and crowds his panels with refined depictions of it, but this isn’t at the cost of being able to convince with a human cast, although sometimes there’s a plastic gloss to his women. He puts a lot of work into Hypervelocity, and it’s there on every page, but he’s not well served by the colouring, with Guru FX opting all too often for shades of purple and green. The pages on which these mix are very hard on the eye.

As S.H.I.E.L.D. continues tracking and testing the rogue armour, that has its own problems, and Warren drags these out way too long. This graphic novel could have culled pretty well two chapters worth of pages to little detriment. The writing tics generate ennui rather than tension, and while there’s a good finale, getting there is hard work.