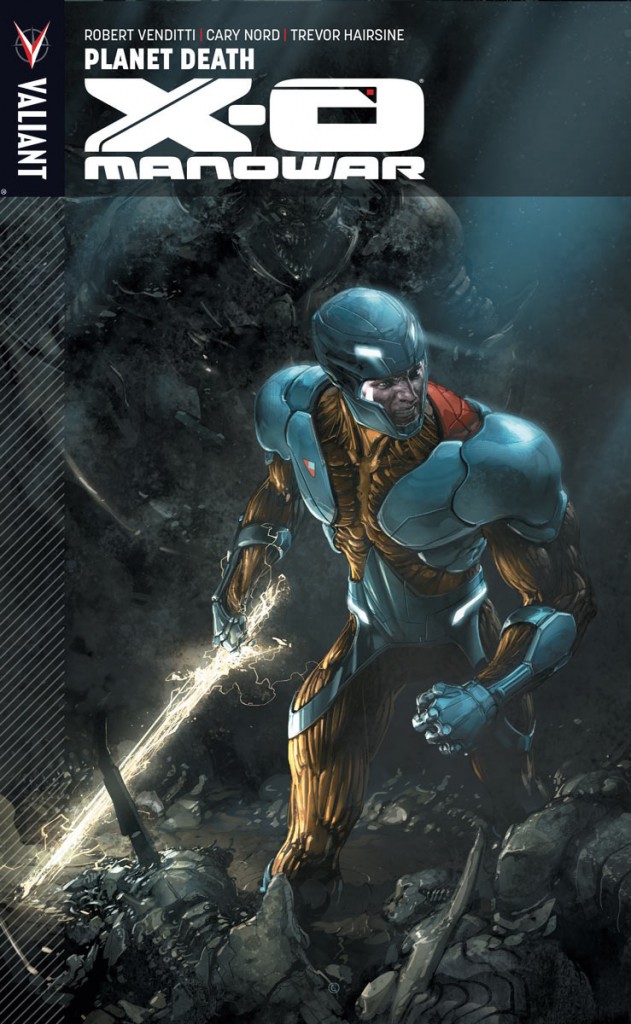 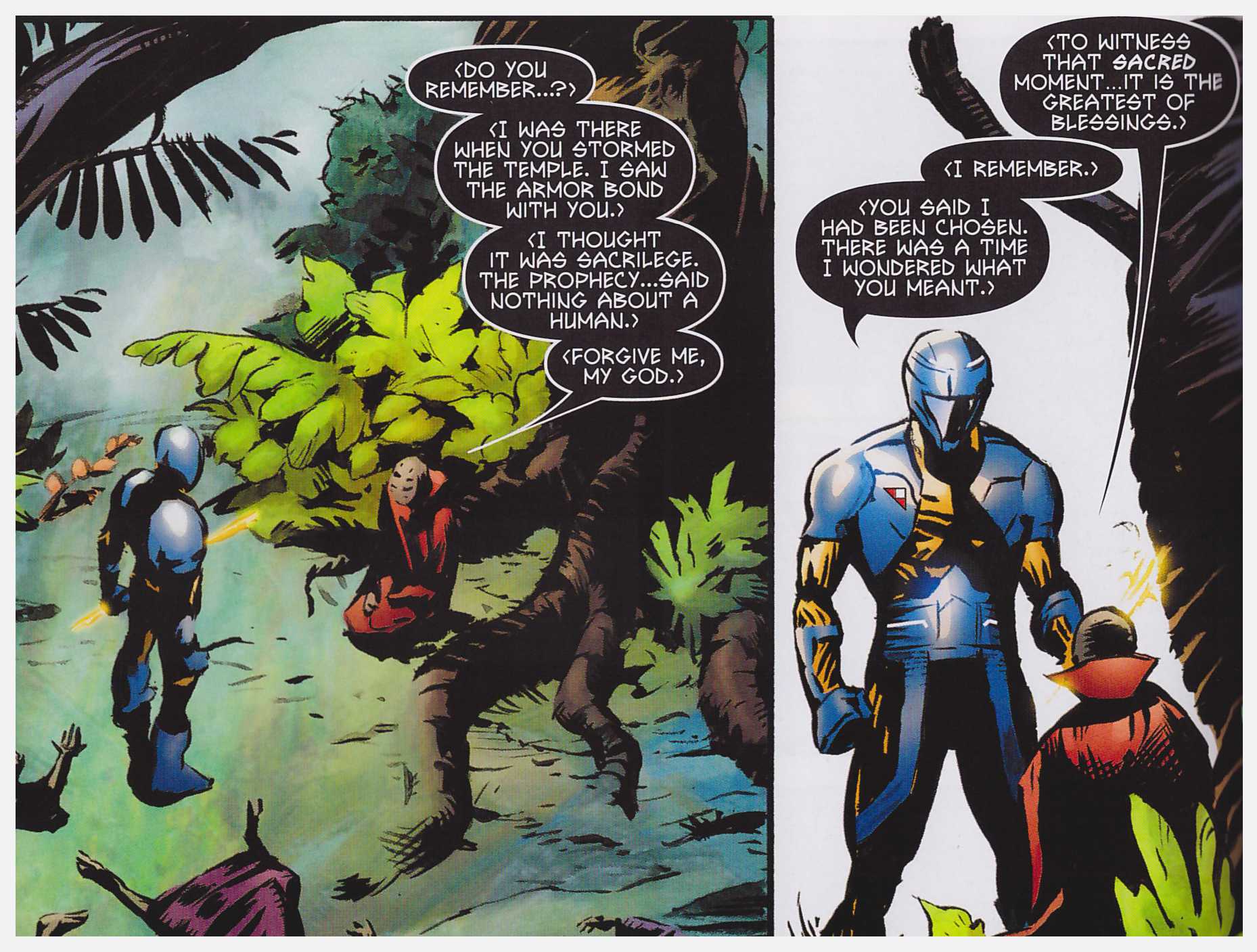 By the Sword and Enter Ninjak were two accomplished action thrillers written by Robert Venditti. A warrior from 400AD acquired almost invincible alien armour from aliens known as the Vine, and ended up in the present day. Events of the previous volume lead to an invasion of Earth, and Aric decides it’s time to take the battle back to the Vine on home territory.

Venditti had already established a credible social culture for the Vine, splitting them into warriors and a more spiritual caste, and given this broader canvas to work on, Aric on a score-settling Spartacus mission and the return of original artist Cary Nord, Planet Death ought to have been at least the equal of previous volumes. Sadly, it isn’t.

There are interesting sequences such as someone other than Aric wearing the Shanhara armour, the largely glossed-over introduction of other alien species, the Vine’s spiritual history, and fractures within Vine society. On the whole, though it’s an extremely padded story that time and time again follows the narrative path most travelled, interspersed with turgid theological discussion. The art is no help either. Trevor Hairsine is at odds with the previous styles, and when Nord returns after a decorative opening chapter he’s clearly rushing to meet deadlines. The remainder lacks his usual polish and some horribly sparse pages follow.

Another element in play is Aric following his 5th century instincts, which is problematical in the 21st century. With the power at his disposal and the Vine in his sights, he believes genocide a proportionate response to what the race have fostered. This can be justified in terms of who Aric is, but slightly better plotting might have provided a still consistent alternative more in keeping with current sensibilities.

The conclusion sets up an interesting premise that’s the problem of this volume in microcosm: it’s instantly discarded in preference for a return to Earth, which occurs in Homecoming. The first three volumes of X-O’s new incarnation are gathered in hardcover as X-O Manowar Deluxe Edition volume 1.