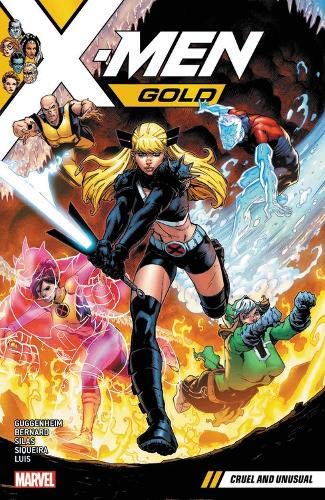 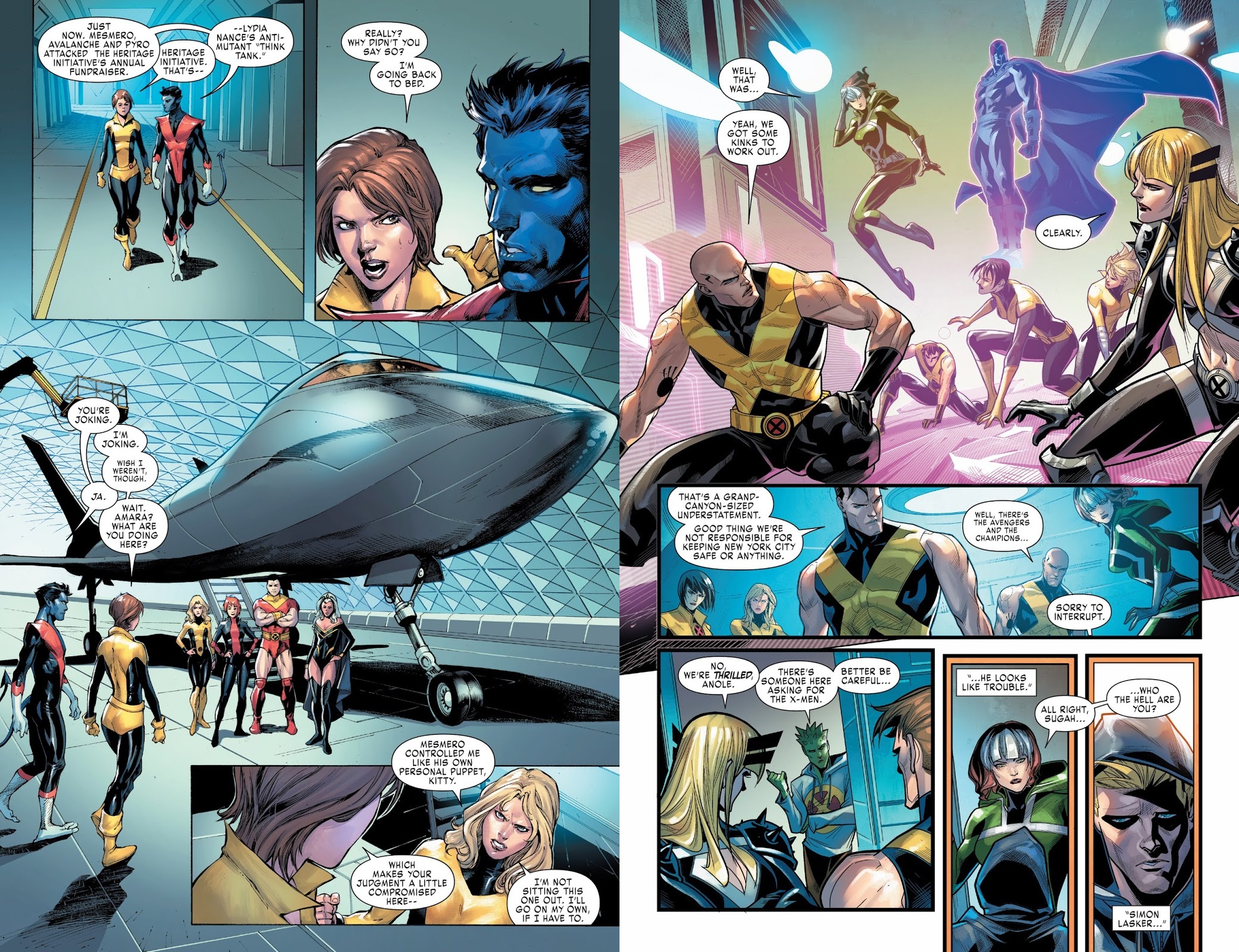 The previous two X-Men Gold collections didn’t match the opening two, both padded, with the consequent reduction in tension and surprises. Marc Guggenheim might be thought to have lost his mojo with Mojo, but the opening two chapter ‘Brotherhood’ sets much right. Unfortunately, it’s only a temporary blip.

Starting with what’s good, Diego Bernard has settled into drawing the X-Men, with a better feel for the characters, and tells the ‘Brotherhood’ story well. That throwback to the earlier quality is a neat two chapters picking up with members of the Brotherhood of Evil Mutants, as seen in the opening volume, in jail and not happy. The plot escalates well, and dropping the X-Men to minor roles in the first chapter and focussing on the villains is novel, and where it heads by the end is surprising. However, even within that Guggenheim is sloppy. In order to avoid everything being over in seconds Rachel Summers had to be removed from the previous Negative Zone War, but either the X-Men have the worst ever diagnostic doctor, or Guggenheim is idle. Then it was wondered if Rachel would ever recover, here it’s as if nothing has happened other than the teasing changes Guggenheim introduced before her injuries.

It’s with the title story that matters plummet. Guggenheim isn’t helped by artist Thony Silas (sample page right) being nowhere near the same standard as Bernard. His characters at least look human, which is a step up from his art elsewhere, but they’re scratchy, pointy and basic, and his page layouts are unimaginative. It’s a relief when Paolo Siqueira and José Luís take over for the final chapter. However, it’s not just Silas at fault. Guggenheim ended ‘Brotherhood’ with an interesting problem for the X-Men, but then just takes the predictable option all the way through the following story until the inevitable. ‘Cruel and Unusual’ features a couple of nice ideas, the introduction of Pyro being one, but what’s supposed to be a spectacular finale against an unstoppable force lacks any tension or threat and is a misguided return for a character who’d have been better forgotten. With only very slight variations, Guggenheim is also afflicted by one character fits all syndrome, each a vehicle for the plot and little else.

The epilogue sequence features one of the more interesting people seen in X-Men Gold, filters in a threat last seen in X-Men Blue, and offers hope that ‘Til Death Do Us Part may be better. 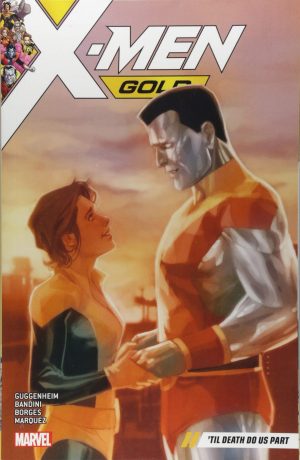