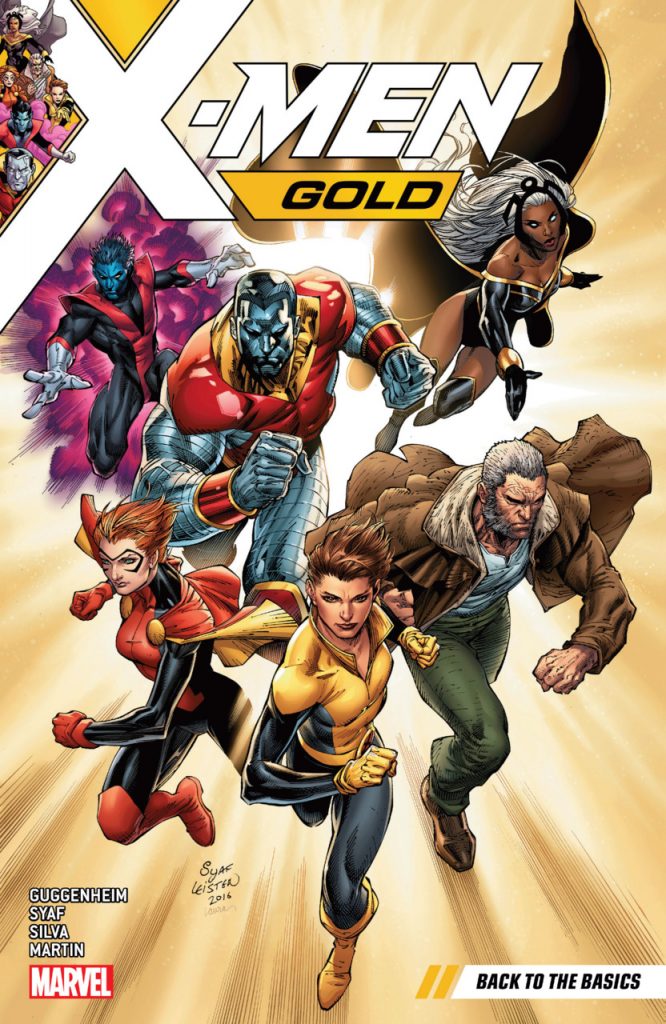 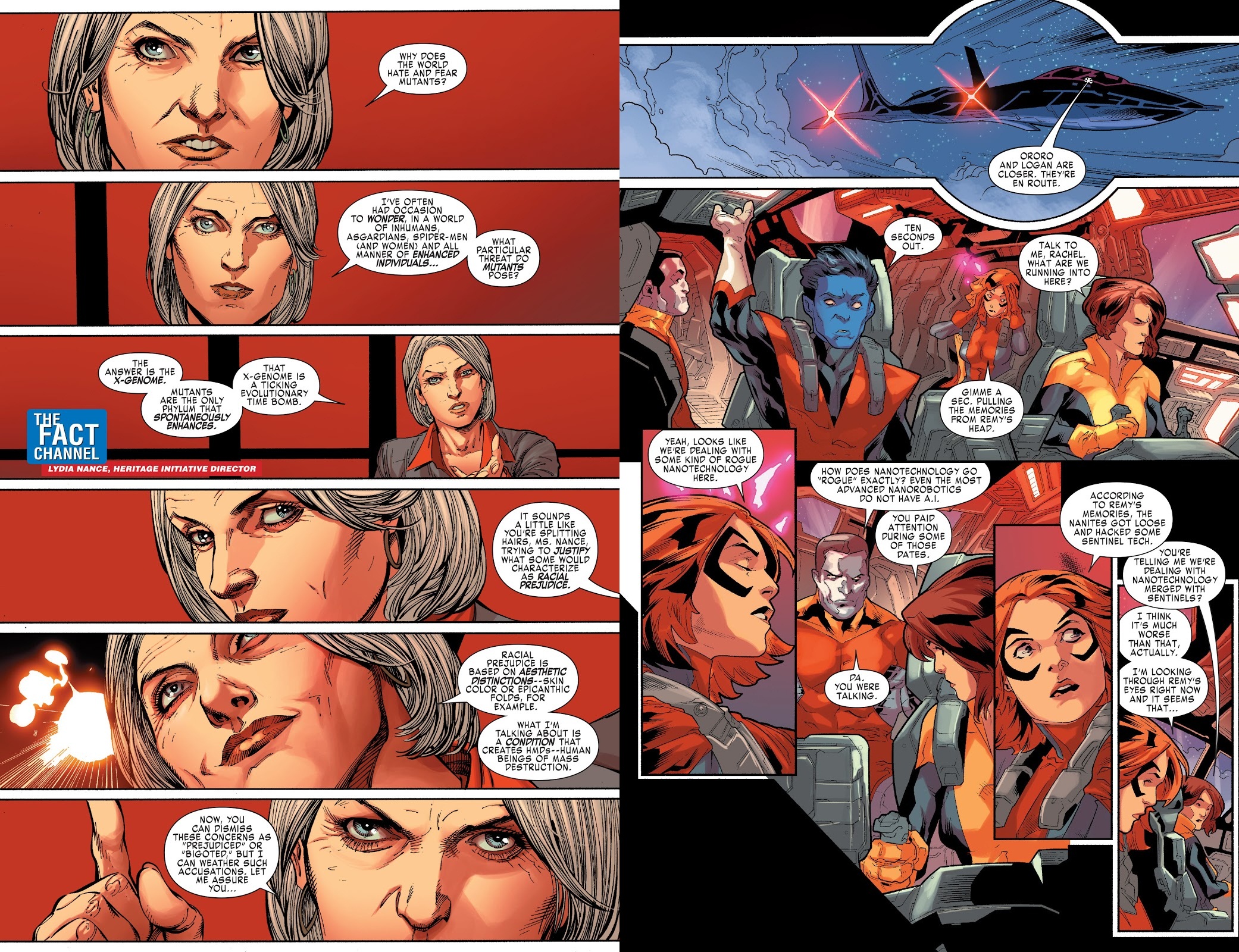 X-Men Gold was yet another X-Men relaunch, this in the wake of the Inhumans vs. X-Men set to, and leads off with Kitty Pryde back from space having missed the past few months of continuity. This is via a general set-up prelude written in collaboration with Cullen Bunn and Greg Pak before Marc Guggenheim gets to define his own team of X-Men.

As with companion title X-Men Blue, Guggenheim uses the opening chapter to show what the various team members can do, then has Kitty deliver a speech about regaining the trust of humanity before launching into what’s definitely designed to punch those memory retro-buttons. A team featuring Colossus, Kitty Pryde, Nightcrawler, Old Man Logan, Prestige and Storm is in essence not too far removed from the glory days of the mid to late 1970s, indicated of course by the title. Reinforcing those memories, the X-Men are pitched against a Brotherhood of Evil Mutants and a variation on the old fashioned giant purple and blue Sentinel, in two three chapter stories against a backdrop of an anti-mutant agenda.

It’s all drawn very nicely, first by Ardian Syaf, then by R.B. Silva, both of them excellent storytellers with an eye for a big image, but never at the cost of clarity. There are plenty of pages you could pull straight out of the book to pin on a wall.

To a greater or lesser extent the focus has to shift around when dealing with ensemble casts, so some characters have strong roles, and others drift in the background and punch things, or slash at them, but all the core team members have at least one good moment in Back to the Basics. Guggenheim has a good handle on their characters, doesn’t over-extend his plots and has a neat way of pulling the fat from the fire. This is a fun read throughout, and Evil Empires follows. 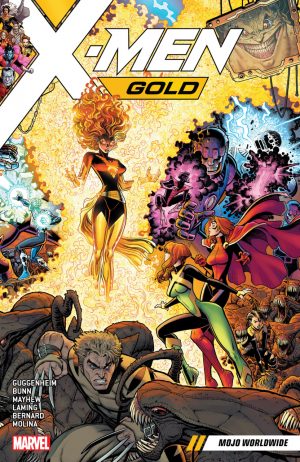 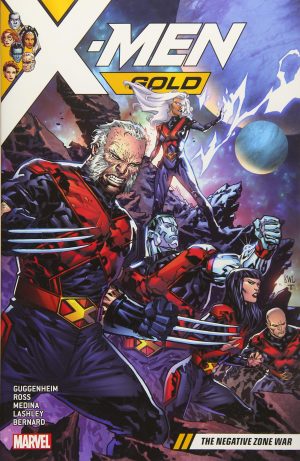 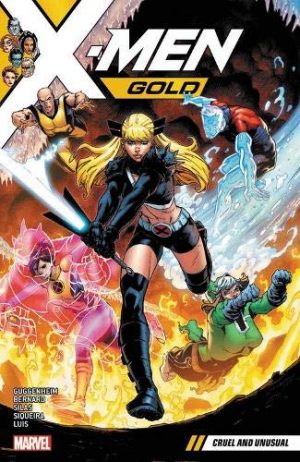