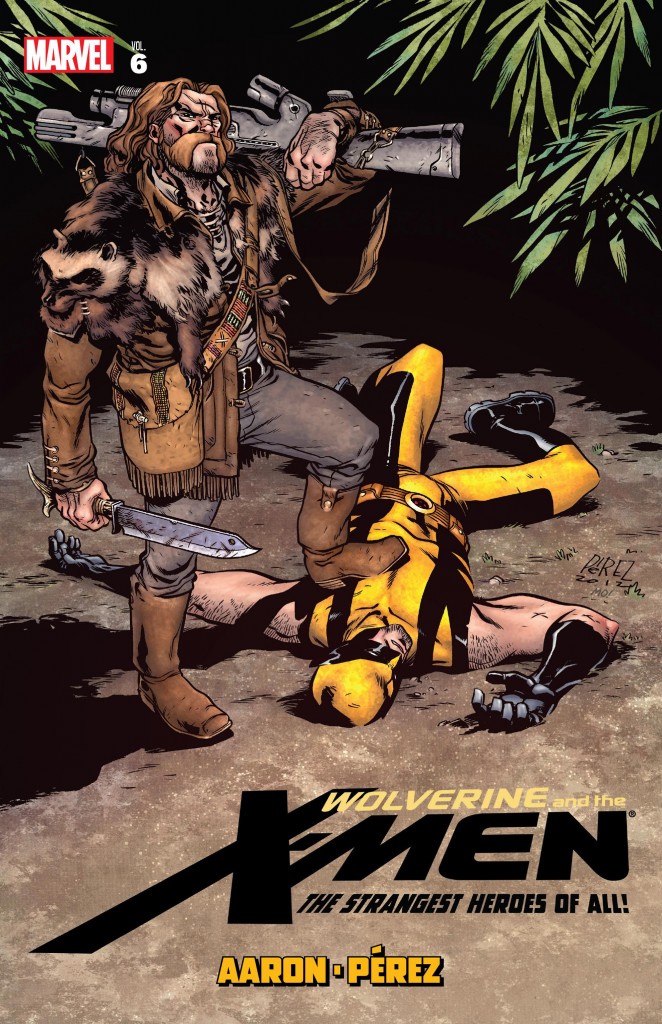 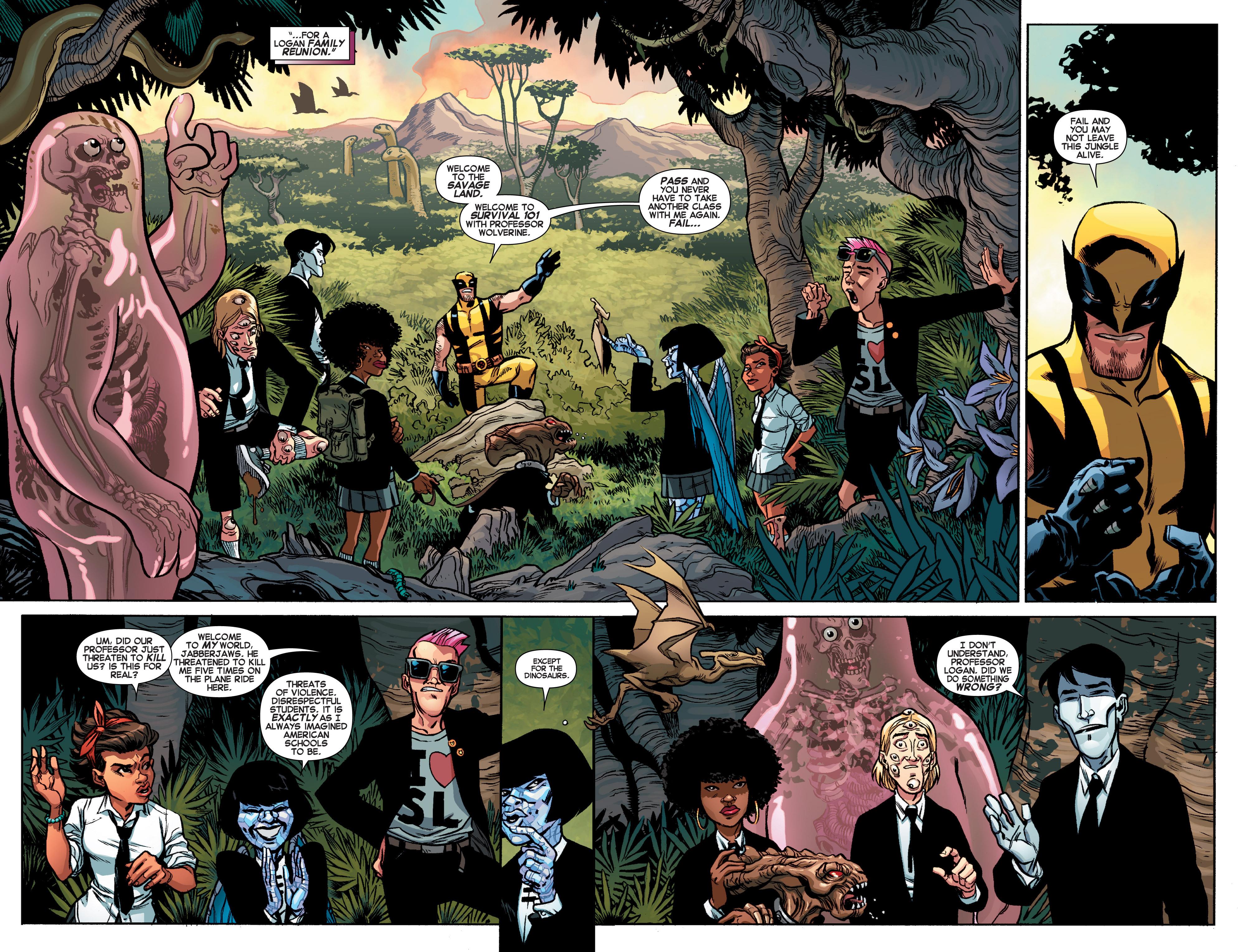 There’s no mention in the opening pages of the shock ending to vol 5 that dragged us here. What a tease that Jason Aaron is. Yet, he’s also good enough that within a page or two it doesn’t matter as his new plots have already hooked their claws. The first of these is seemingly Logan’s relatives. Who knew he had them? The second is the brilliant idea of Wolverine taking the more troublesome and troubled mutant students from the Jean Grey School of Higher Learning on a field trip. To the Savage Land. Where dinosaurs still exist. And that’s in a chapter that also addresses a nagging question about one of the school’s most troublesome pupils Quentin Quire, or Kid Omega as he’d prefer.

Ramón Pérez may share his surname with a more famous superhero artist, but the similarities end there. He lacks the precision of George, but can pack in the detail if needed, yet is also excellent with a wash effect used effectively to relate events from the past crucial to what occurs in the present day. There is a slight problem with art telling the story across a two page spread, which was attention-grabbing in the original comic serialisation, but loses some definition when folded into the middle of a book.

Aaron’s plot hinges on a character not seen since Wolverine: Origin, but used to good and surprising effect here, and time is taken to offer a brief psychological assessment of each pupil heading to the Savage Land. These are well written, highlighting insecurities and delusions while also prodding those concerned into fulfilling their potential. As good as this is in isolation, it ties into the main plot where it seems some of them can be manipulated. The result is a taut and tense character-based thriller where outcomes and allegiances are never certain.

There’s also an epilogue. It’s a glimpse into the future, but the underlying elements aren’t where Aaron’s at his strongest. In places it hits the right note, but in others it’s overly sentimental, and surely a Citizen Kane homage is now passé. The final pages feed into vol 7, where the machinations of the Hellfire Club finally hit daylight after being strung along since volume 1.

All eight volumes of Wolverine and the X-Men can also be found in the hardcover Omnibus edition.