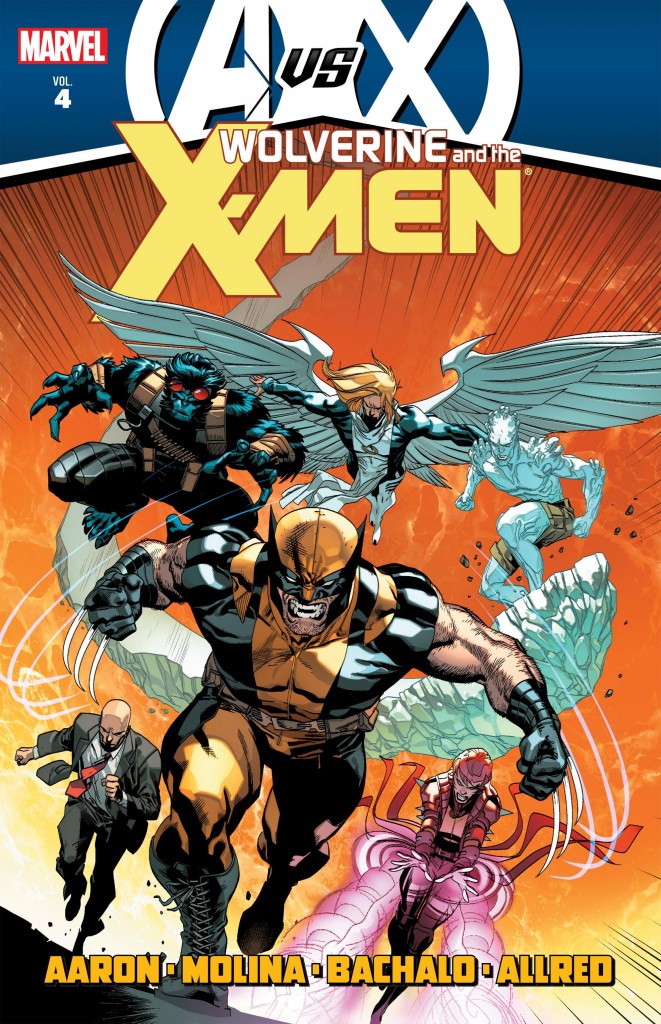 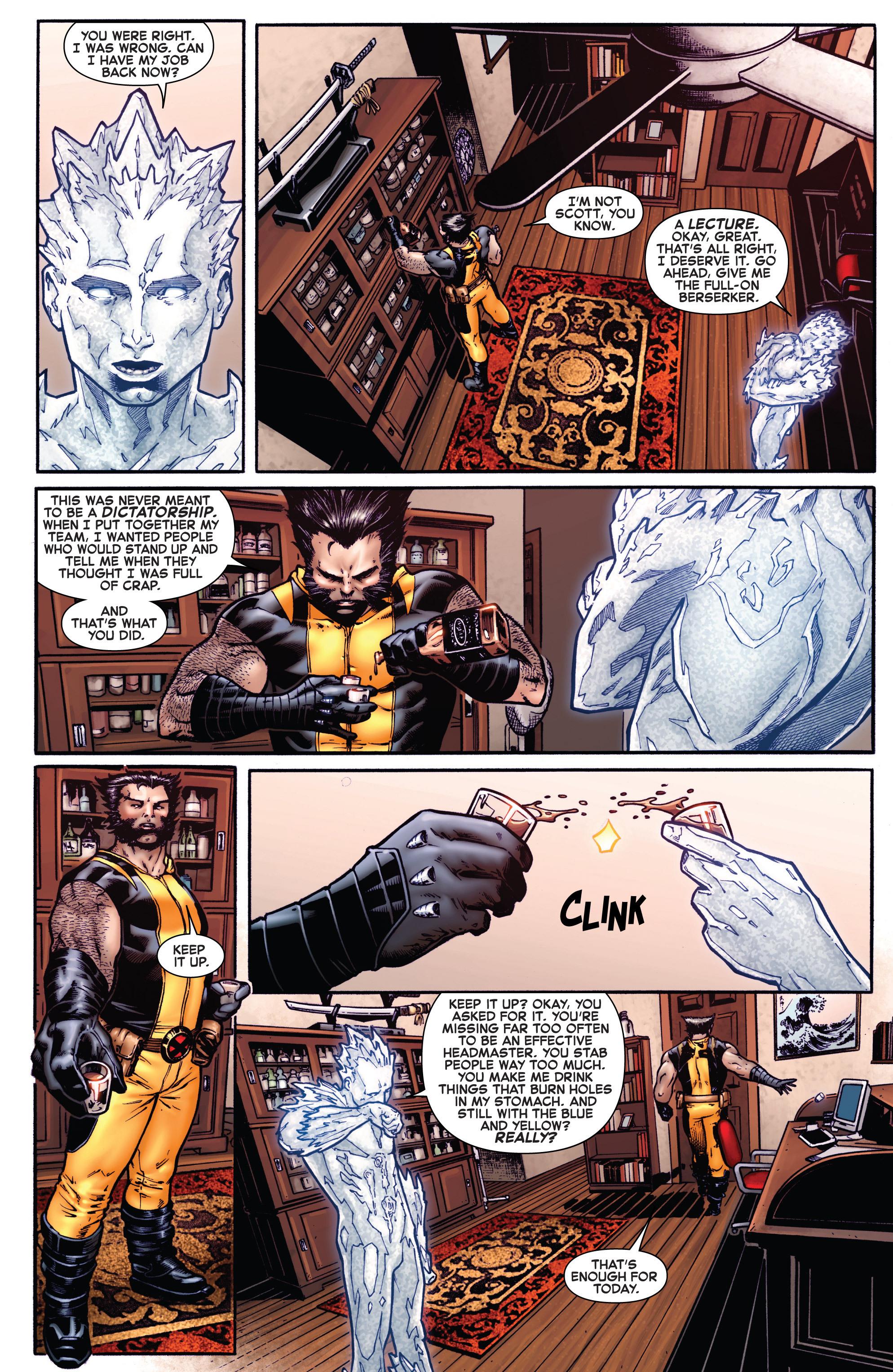 As the large cover logo indicates, this graphic novel is another of the dozen or so incorporating the sprawling Avengers vs X-Men saga of 2012, but it’s far better than vol 3. This is because rather than paying attention to the major battle, it concentrates on the cast of this series. Yes, Wolverine takes top billing, but this is an ensemble project, and Jason Aaron has incorporated plenty of other interesting personalities, so it barely matters that Wolverine is all-but absent. However, the theme of Avengers vs X-Men is tragedy, and that duly seeps into this collection, sadly affecting one of the most interesting of a vibrant cast.

Kitty Pryde is prominent over the early pages, an interesting study in someone who was to a generation the pupil, yet is now the teacher. Aaron revisits her old infatuation with Colossus, now a very different person. There’s a hilarious chapter with Hellfire Club leader Killgore, yet simultaneously credibly defining how he became the monster he is, and romance is in the air for several of the cast. This is, though, a book of change, and several cast members exit in one way or another. Some have served their purpose well, others might as well have been part of the wallpaper for all they’ve been used, and if that’s going to be the case, why keep them around?

There’s a greater artistic variance to this volume when compared to the previous books, largely due to the welcome presence of Michael Allred on the final chapter. The dust has settled on Avengers vs X-Men, reconfiguration is in order, and we finally have some heavy Doop action, and who better to draw it than the man who designed him back in X-Force. It’s a whimsical tour de force. Overall, however, Jorge Molina (sample art) pencils the greatest amount of pages. Also new to the series, he delivers solid storytelling, and interesting versions of the cast that still remain true to their most recent incarnations. Not boding well for the future, though, is that he’s not the strongest to illustrate Wolverine. Series regular Chris Bachalo is only seen on one of the five chapters, and sadly, as spectacular as it is, with the exception of a couple of pages for the finale, this is his series swansong.

This collection is a return to form, largely due to Aaron only considering the bigger Avengers vs X-Men plot in passing, and the changes in cast ought to result in a stronger series overall. All eight volumes of Wolverine and the X-Men can also be found in the hardcover Omnibus edition.