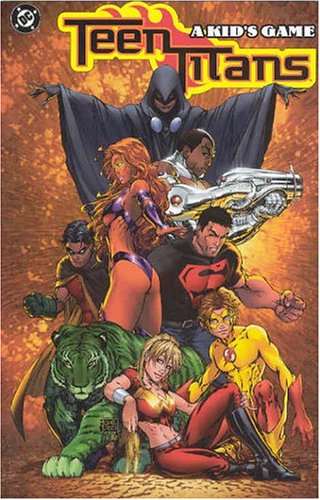 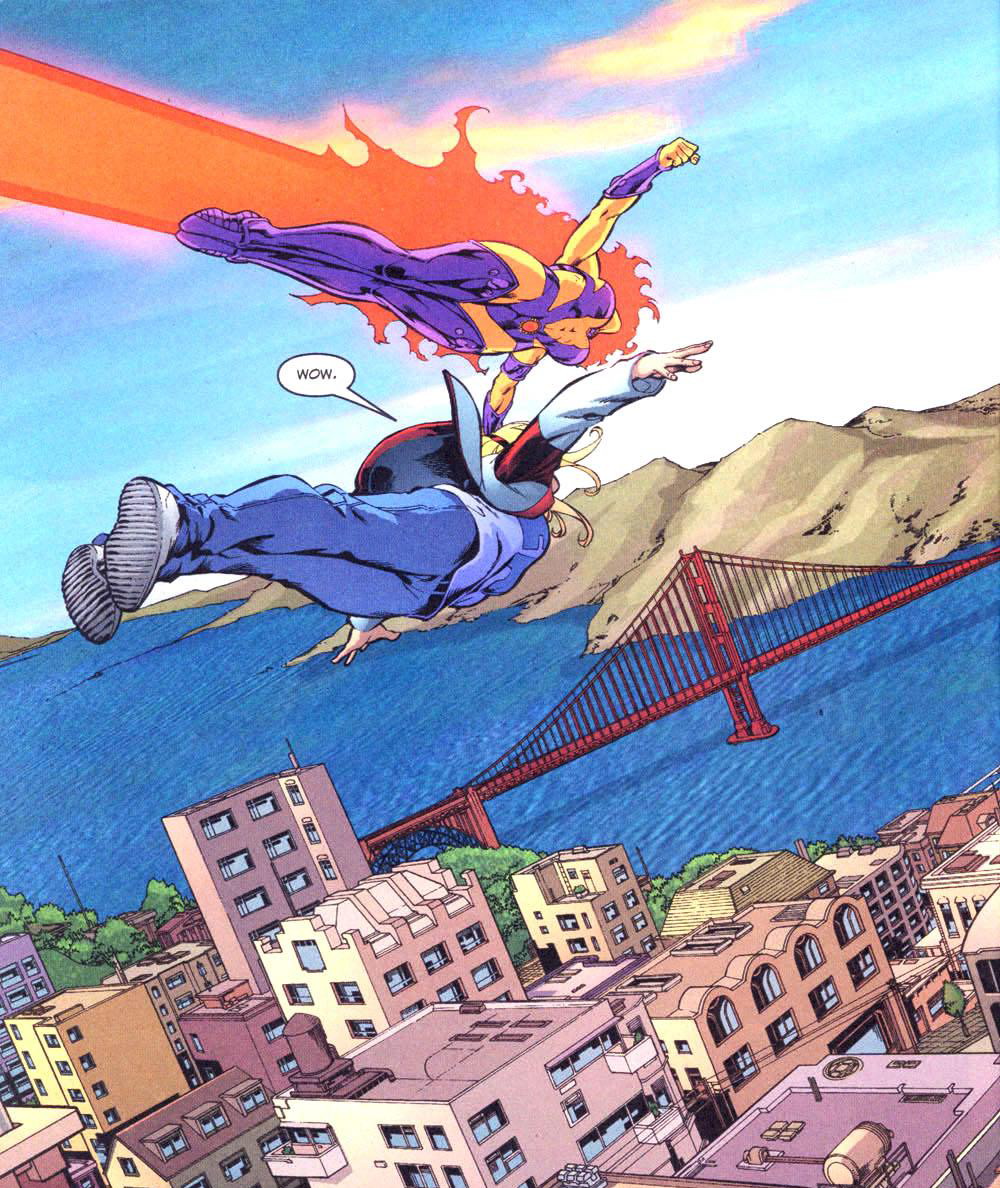 Back in the 1960s Teen Titans was a moderately successful title uniting DC’s kid sidekicks. The concept was outdated by the 1980s when a revival re-formatted the idea with phenomenal success and acclaim, before a slow drift into mediocrity.

As with the previous incarnations, this new iteration begins with a top notch artist attached. George Pérez was at the peak of his popularity when drawing the 1980s version, so Mike McKone more resembles 1960s illustrator Nick Cardy in being a consistently excellent artist who somehow sails under the radar. McKone can draw anything he’s asked in a convincing manner, as displayed throughout this book, which begins in the farmlands of the mid-West, and spreads far and wide. His cast convince as living and breathing, and his page breakdowns are exemplary, never sacrificing the story for flash.

Geoff Johns, on the other hand, needs to feel his way around a little, and this isn’t his finest work. In fact, the same applies to the series as a whole. Here, while perfectly acceptable superhero comics, there’s an initial awkwardness, particularly with expository and stilted dialogue clumsily inserted. He makes a good decision to focus on a younger generation of heroes rather than reuniting the 1980s team, long established as considerably older by this point, recasting them as role models and mentors. He also throws in a couple of intriguing plots, Superboy’s DNA being compromised, and the return of the prime villains from the 1980s series. Deathstroke is one, now with an agenda: “Too many children have died calling themselves Titans, and if it takes one more death to shut you down for good, well, needless to say, I’m all for it.” This is every bit as overwrought as it sounds, although while there’s an extra layer (that should remain under wraps), it fails to convince. So does a later intervention from the kids’ older counterparts of the Justice League.

The best story here is the closer, pencilled by Tom Grummett, as one by one Johns examines the Teen Titans individually, how they relate to the world and each other. He also provides Superboy with a new challenge.

For those who prefer, this can also be found with the far better material when Johns settled into his scripting as Teen Titans by Geoff Johns Omnibus. Family Lost is the next collection.