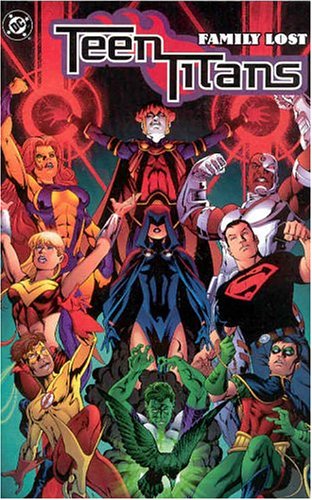 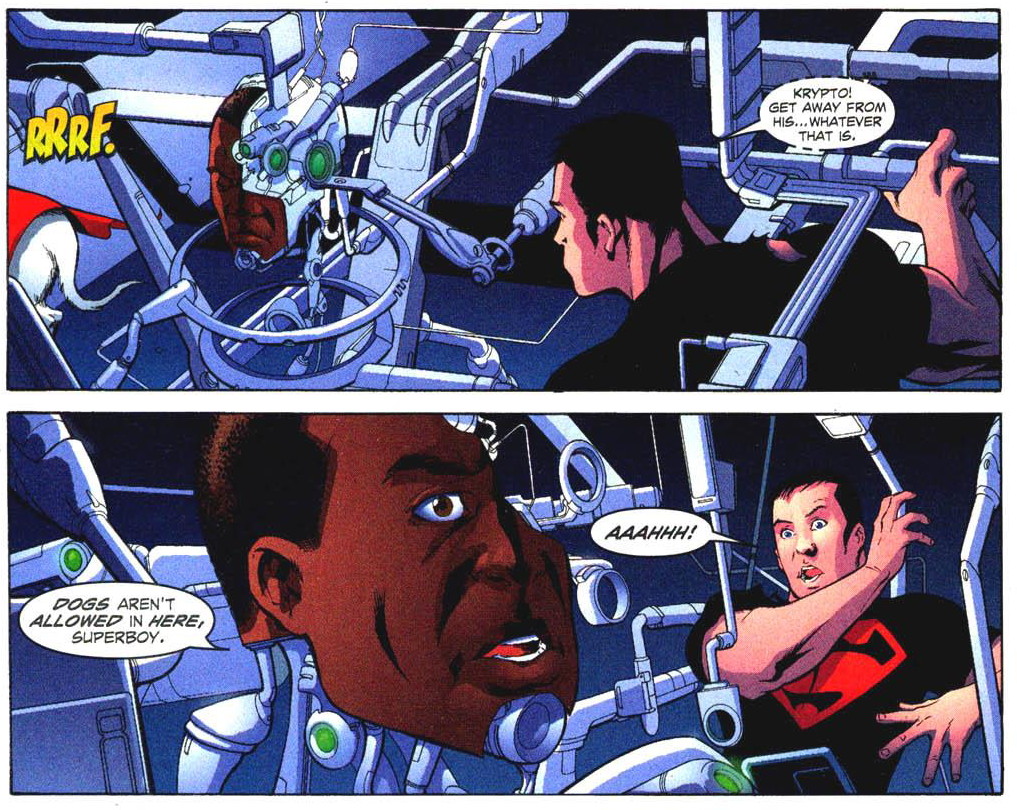 As is often the case when launching a new superhero series, despite all the preparation that occurs before release, it’s rarely the opening shot that’s the strongest. A Kid’s Game established this 21st century incarnation of the Teen Titans, but it was standard material, with Mike McKone’s art being the highpoint. Family Lost is a definite improvement.

Raven was integral to the 1980s Teen Titans, a conflicted and spiritual woman with mystical powers whose curse was her father being the demon Trigon. She’d been presumed dead, but was sighted again in the previous volume. It’s not only the Titans who want to make contact, though. Deadly mercenary Deathstroke is also on her trail, and the devotees of the perverse religious cult of Brother Blood have a vested interest. “I always wondered why the church of blood was so infatuated with that witch”, explains Deathstroke, before a neat logical connection is snapped into place.

That’s far from the only well-considered element Geoff Johns builds upon, with McKone rising to the challenge of Cyborg undertaking his maintenance procedures. Other items of note are two different spoiled and deadly children, both well characterised and unpredictable, and, continuing from the previous book, another former Titan manipulating some matters. Be warned, though, there’s an extremely unpleasant ending, that might have been delivered in a less graphic manner.

In addition to the fine art, it’s worth noting the contribution of Jeromy Cox’s colouring. It’s very bright and vivid, and sets a tone.

This is collected with all Johns’ other work on the series in Teen Titans by Geoff Johns Omnibus, which also includes the next book Beast Boys and Girls.