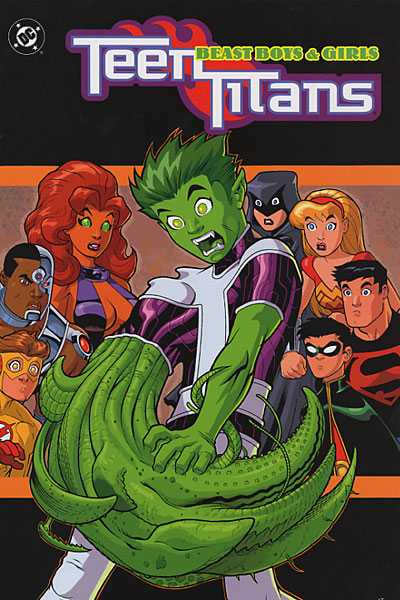 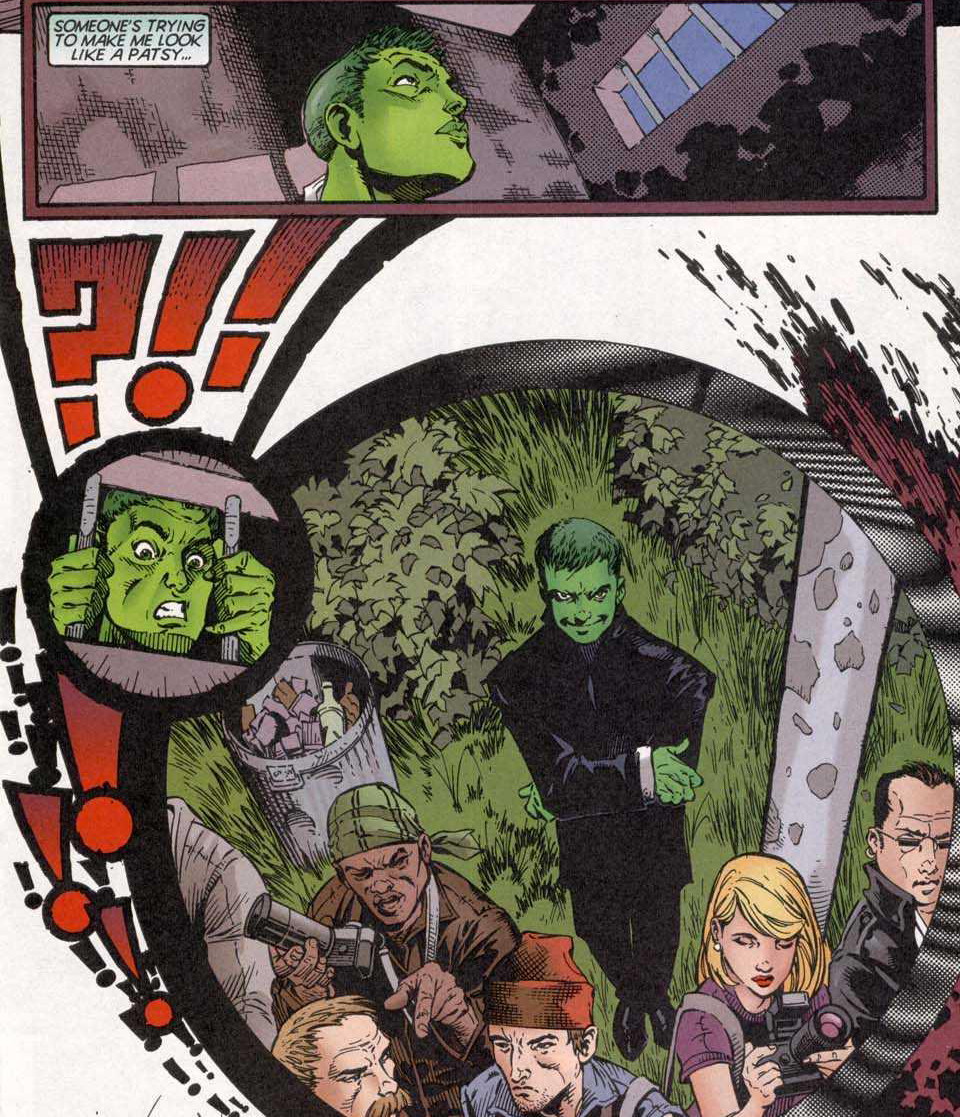 The title indicates that the focus here is squarely on Beast Boy, Garfield Logan. He was an obscure addition to the revamped 1980s Teen Titans, a green-skinned guy, established as slightly younger than his team mates, and with a wisecracking personality to compensate. Re-christened Changeling, he has the ability to transform himself into any life form, retaining his intelligence, vocal capacity and green skin. This is thanks to being treated with a life-saving, but untested serum as an infant. Now Beast Boy again, he’s not a character able to withstand much in the way of logical scrutiny, and his solo escapades occupy much of this collection.

Usual Teen Titans writer Geoff Johns collaborates with Ben Raab, and in the opening chapter they deposit Beast Boy in Hollywood attempting to revive his acting career (don’t ask). He hooks up with a friend of a friend, and rapidly discovers there’s another green-skinned transformer in town, as is even more obscure former Teen Titan Flamebird, while Nightwing comes to visit. It’s drawn by Justiniano, who prioritises design over clarity, so the pages look better than they read. Overall this Beast Boy solo segment is page filler rather than noteworthy.

A further shock awaits Logan in the remaining material as his transforming powers disappear while all over town children seem to have acquired his abilities. Worse still, “The infected will die within 48 hours, and they’ve been sick for more than twenty now.” We’re back to the main Teen Titans storyline, with the dependable Tom Grummett on art, so Logan can at least work with his colleagues to investigate the problem.

He’s not the only Titan with problems. Robin has retired and Batman has wasted no time replacing him with a new female version, Raven is having her usual problems adjusting to humanity, and God of War Ares appears to have taken an interest in Wonder Girl.

The Teen Titans chapters are a slight improvement on the previous Family Lost, but to this point Geoff Johns’ Teen Titans has been a series where the quality is increasing in very small increments. That changes with the next collection, The Future is Now. For those who’d prefer an intense dose, the entire series is available as Teen Titans by Geoff Johns Omnibus.