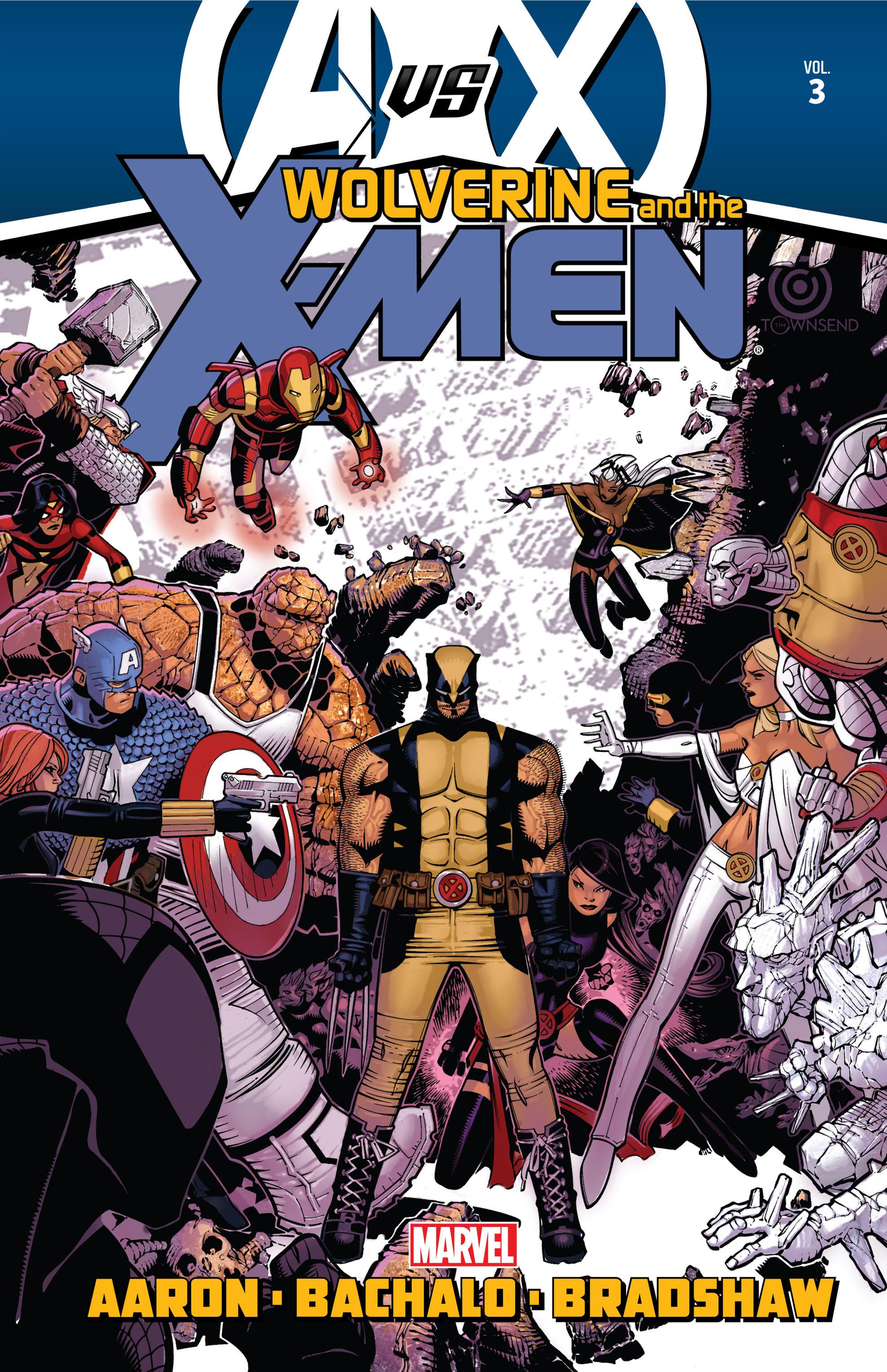 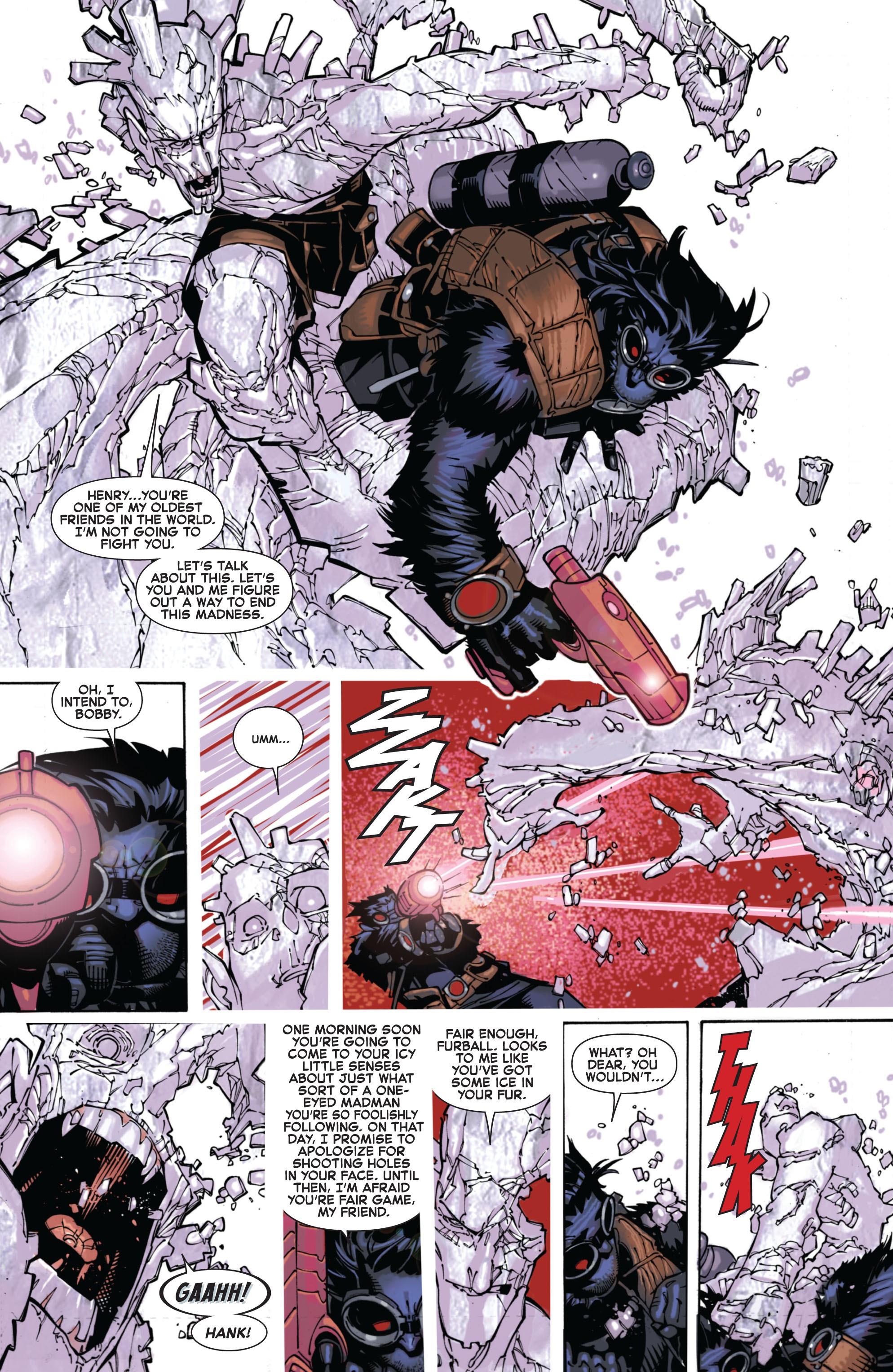 The sense of fun that’s prevailed over the previous two books is sacrificed for the tiresome melodrama of X-Men vs X-Men and X-Men vs Avengers. Wolverine’s running a school in the first place because there’s been a schism in the mutant community. One bunch of X-Men are based with Wolverine at the school, while the second, under Cyclops, have founded a mutant haven on an island off the Californian coast. Although unseen in this book, one of Cyclops’ allies is Hope Summers, seemingly destined to host the galaxy destroying Phoenix Force. It once possessed Jean Grey, after whom Wolverine’s school is named.

Jason Aaron does his best with an invasive plot crossing into all X-Men related material at the time, no matter how it displaces his own stories to the back burner. There’s a decent philosophical discussion between Wolverine and Cyclops about what their vision of being an X-Men entails, the use of Kid Gladiator is well conceived, and there are lots of nice small touches, such as the conflict between Beast and Iceman. Overall, though, he’s filling pages rather than telling stories.

A further problem with graphic novels featuring crossover plots is that they all too often only supply half the story. Aaron’s handles this relatively sympathetically, having already had to cope with integrating the effects of Wolverine’s appearances in other series, but there are still major lapses. Anyone not reading the related titles will wonder why it is that Cyclops suddenly appears to have telepathic abilities (he’s been possessed by the Phoenix Force) among other puzzles.

In almost any other setting Nick Bradshaw’s art would impress. He’s progressed since the opening volume, has always excelled at laying out an exciting page, and while there are still some figurework problems with this Art Adams influenced art, he tells a story well. Unfortunately he’s illustrating the parts of the book that Chris Bachalo doesn’t. Bachalo, lest we forget, began his Marvel career illustrating a previous generation of young mutants, and has matured into one of the most accomplished superhero artists on the planet. That’s not restricting him by genre definition, as the career choice is his. He takes a selection of conflicts between individual X-Men and Avengers and makes them look so good it almost distracts from their lack of context.