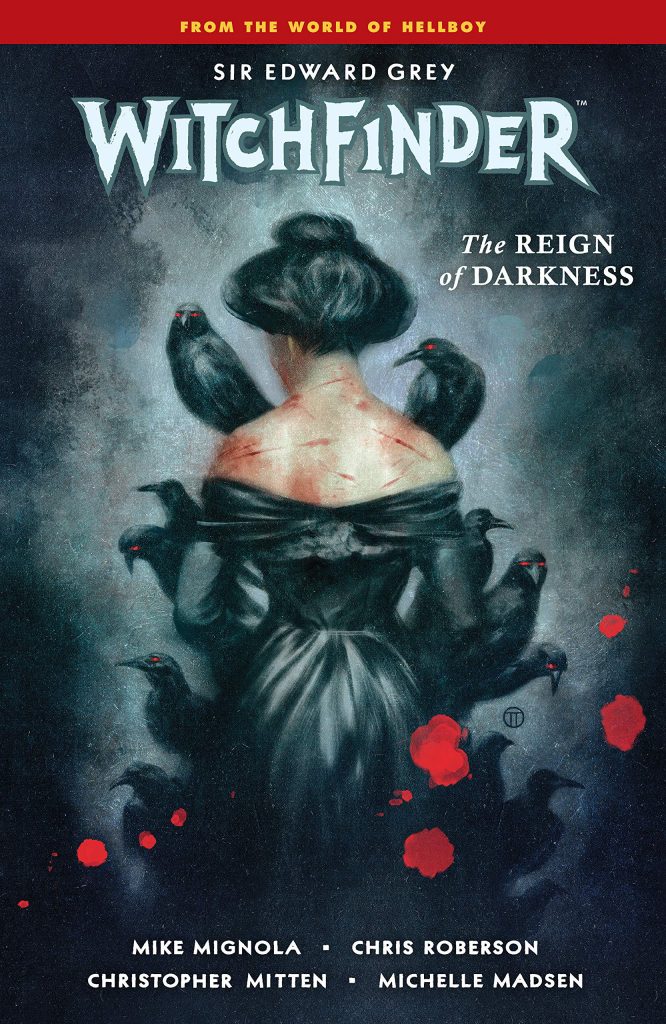 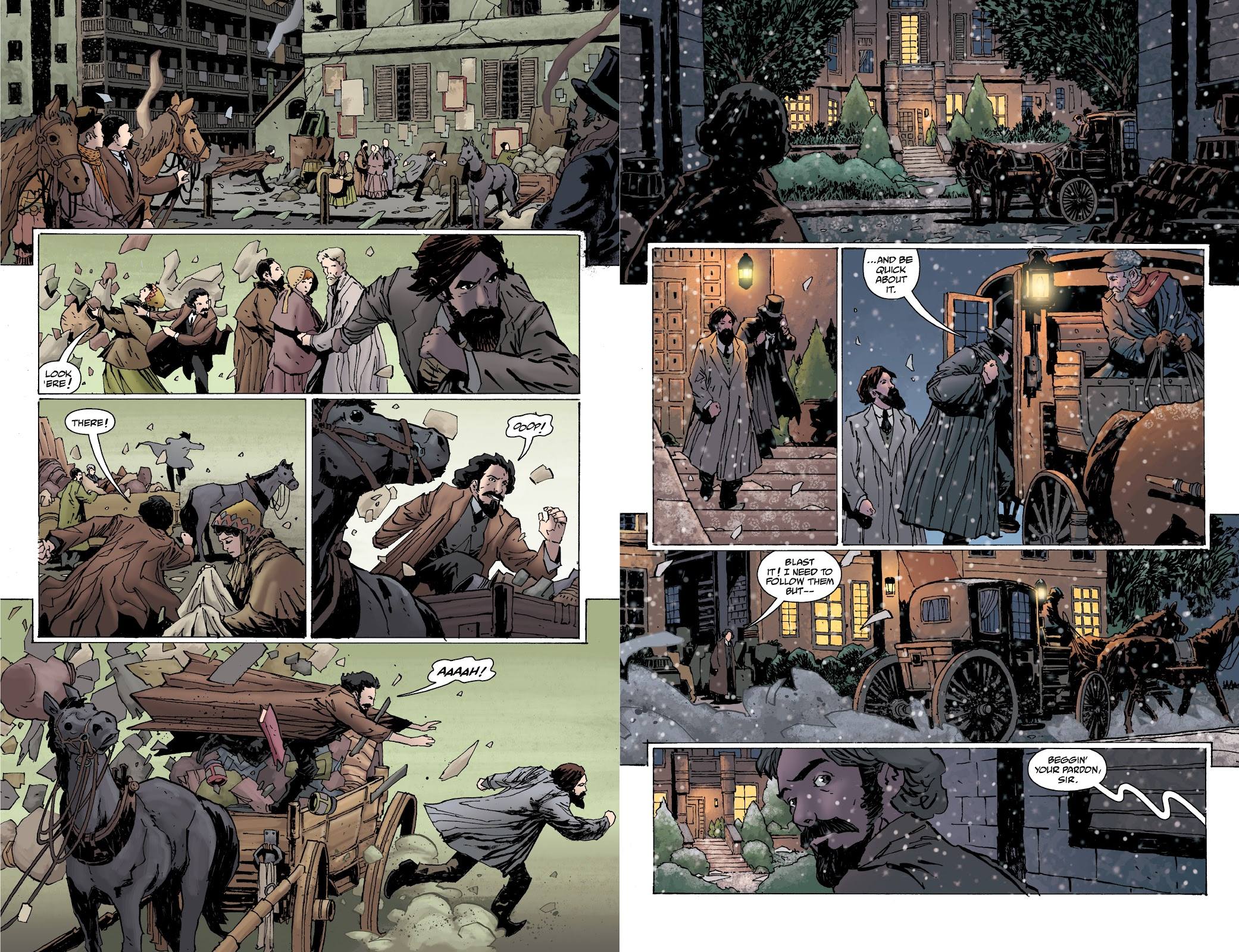 Given that Sir Edward Grey is an investigator of the supernatural in late Victorian England, is it too obvious that he should turn his eye to the exploits of Jack the Ripper? Well that would depend on how good The Reign of Darkness turns out to be.

Mike Mignola and Chris Roberson’s plot has Grey deducing early that there’s a form of ritual to Jack the Ripper’s murders, and he takes his cue from there, discovering an old enemy is back in London. Because Grey’s character is so stiff and dry, sympathy for him is limited, and that’s addressed to a degree when he’s confronted with the truth that his interest in the killings is purely intellectual, and he cares nothing for the women victims. We also see the well-off Grey telling beggars “Go away. I have important business to attend to”.

He’s shone when drawing other horror titles, not least Steve Niles’ Criminal Macabre, so Christopher Mitten brings a storytelling confidence with him. He convinces with the 19th century period detail, be it the slums in the opening chapter, the later opulence or the carriage seen on the sample page. His snowy conditions are glorious, and it’s also noticeable that Mitten has Grey moving a lot more than previous artists have. He’s not instantly transformed him into a man of action, but there’s an energy other artists haven’t provided. Mitten is also great once the full horror arrives. Even on series where there has never been a problem with the art, Mitten’s is a notable contribution.

Considering Witchfinder has been such a variable series, the story surprises. There’s a good cameo for Panya, who Grey has consulted before, and a clever sowing of doubt via the suggestion that Grey’s single-mindedness is wrong, as all other events contradict his instinctive certainty. Readers aware of the assorted people suspected of being Jack the Ripper are given some extra clues, but in The Reign of Darkness Mignola and Roberson lead everyone, Grey included a merry chase. It’s convenient that two characters seen in The Gates of Heaven stick around just long enough to prod Grey into the investigation, but the writers introduce a capable new personality, one unafraid to confront Grey, and she looks to be around for the long term. It’s a good thing. Every Holmes needs a Watson. Ultimately the Jack the Ripper connection is just a red herring, so don’t expect Witchfinder vs Saucy Jack. Mignola and Roberson use the circumstances to build their own story, and it’s the best both have been involved with to date.