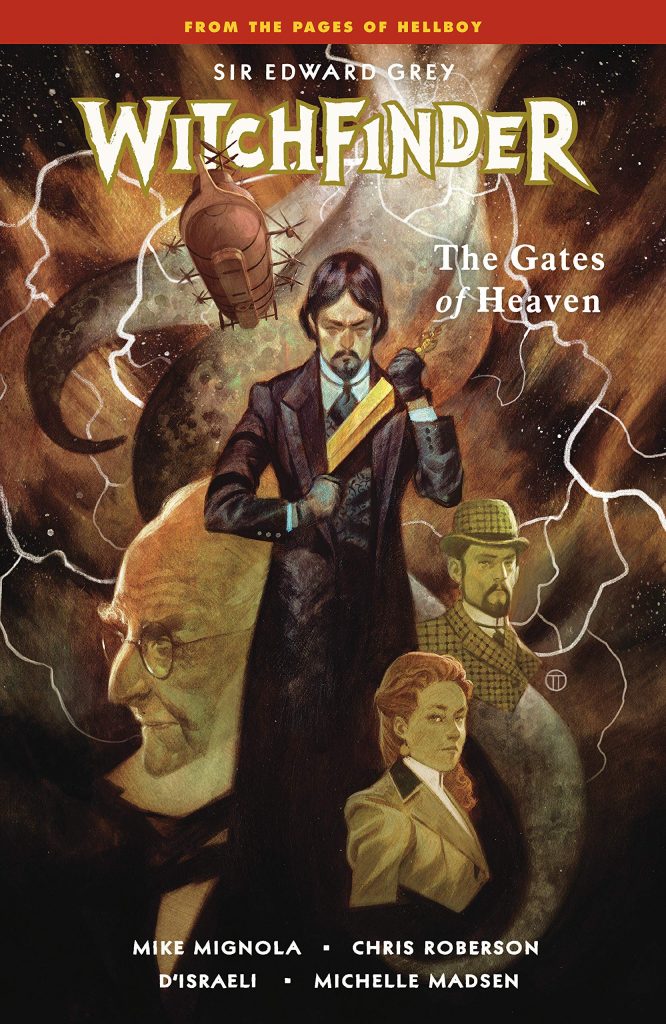 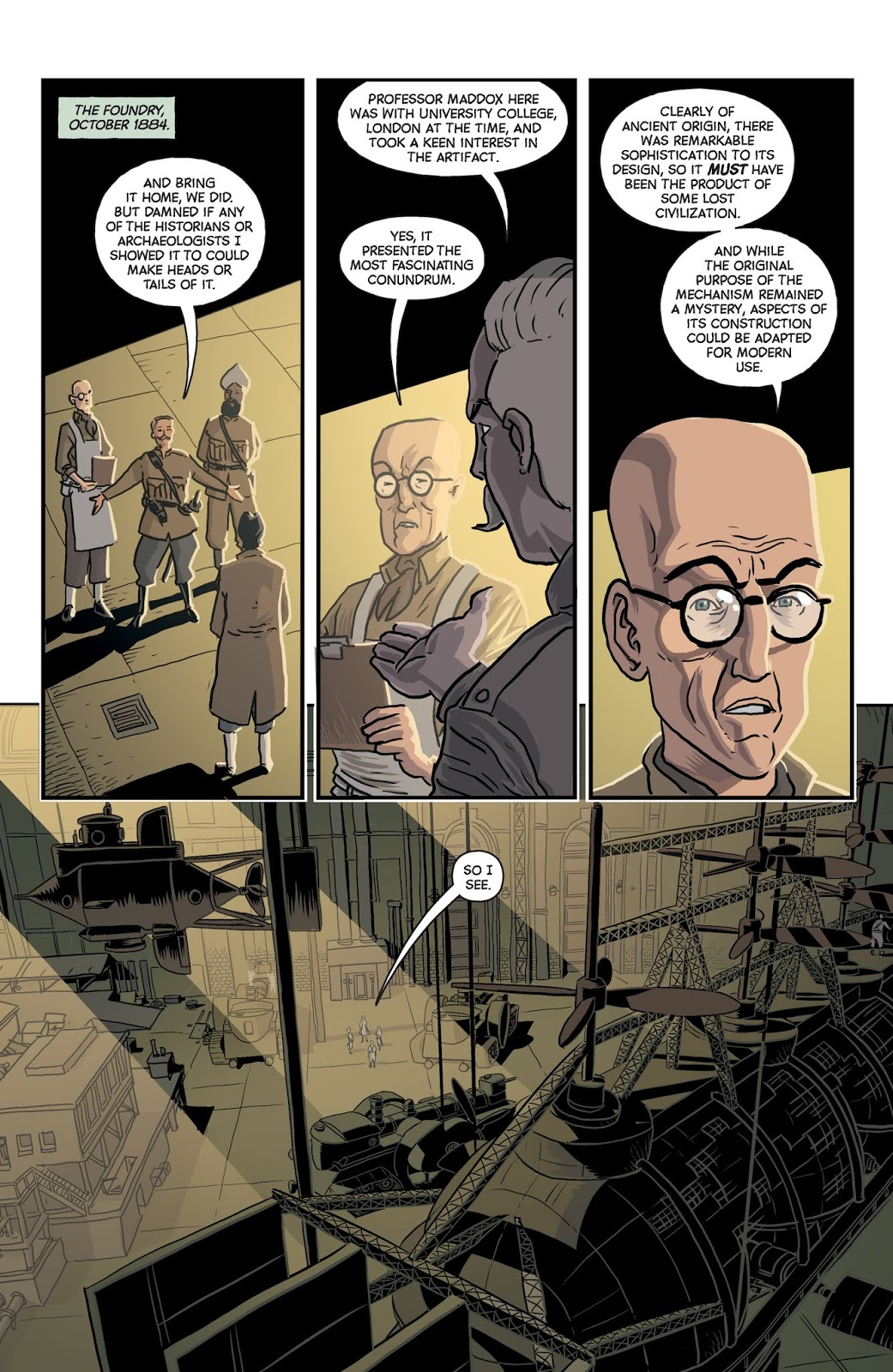 Sir Edward Grey investigates supernatural threats in Victorian Britain, and unknown to the public at large he has saved both Queen and country from dire circumstances. It’s earned him trust among the establishment’s highest levels and a knighthood for services rendered. However, despite his expertise and open mind, there are matters deliberately kept from him, and he’s puzzled by the nature of simultaneous thefts, and astounded by government sponsored research being undertaken into a massive recovered machine of some kind.

In City of the Dead the partnership of Mike Mignola writing with Chris Roberson proved more creatively appealing than Mignloa’s earlier collaborations on Witchfinder, despite the other writers being better known. Grey remains a stiff personality, led rather than instigating, but such is the investigator’s trade, and he’s now surrounded with items of greater wonder than previously. Here a misguided individual has reverse-engineered powerful technology, yet may have risked bringing about the end of days in using it.

D’Israeli’s is new to Grey’s world, but has considerable experience illustrating graphic novels set in the Victorian or Edwardian eras (see recommendations), and brings that wealth of research and design to Grey’s world. Witchfinder’s not used to cartooning, but D’Israeli supplies fully formed characters and locations. Regular colourist Michelle Madsen also shines, keeping the tones dulled for most scenes, but on very few occasions letting the brightness burst through. It’s especially effective on the ending to the fourth chapter.

It’s not essential to know for the enjoyment of The Gates of Heaven, but Mignola implants Grey very definitely in his connected world of horror/supernatural events, as stripped across the top of the cover. People later playing a part in his other features, most prominently B.P.R.D. are seen here, one having a considerable role with their background more fully explained. Grey meets new allies, and one of them is too strident in stating the obvious for 21st century readers regarding women’s capabilities. “Women are quite as capable as men when it comes to exercising mental facilities”, it’s explained, “or hadn’t you heard of Mary Somerville the pioneering scientist who just a few years ago had an Oxford college named in her honor?” As an isolated snippet of dialogue it’s overstated, but fine, except there’s a fair bit more.

As ever with Witchfinder, there’s a slow build-up leading to final chapter mayhem, and once again Grey is lucky enough to have the precise device to hand to bring an end to it. It’s a familiar convenience, and futher disppointing is there’s no follow-up on the hints of hard times to come for Grey dropped in City of the Dead. Despite D’Israeli’s efforts The Gates of Heaven doesn’t rise above average. Grey’s investigations continue in The Reign of Darkness.