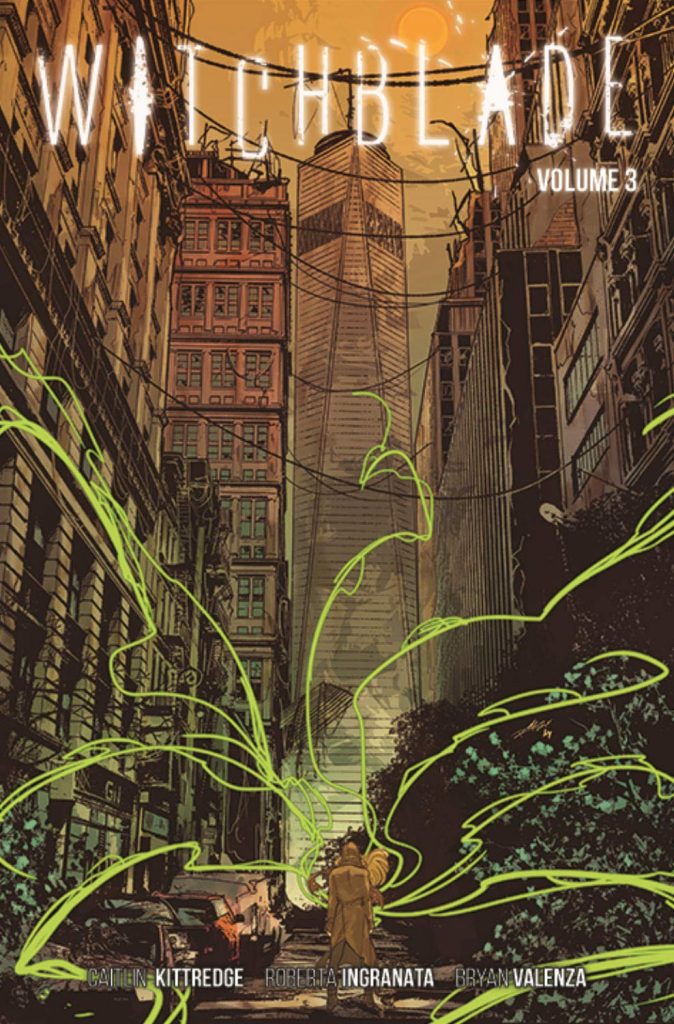 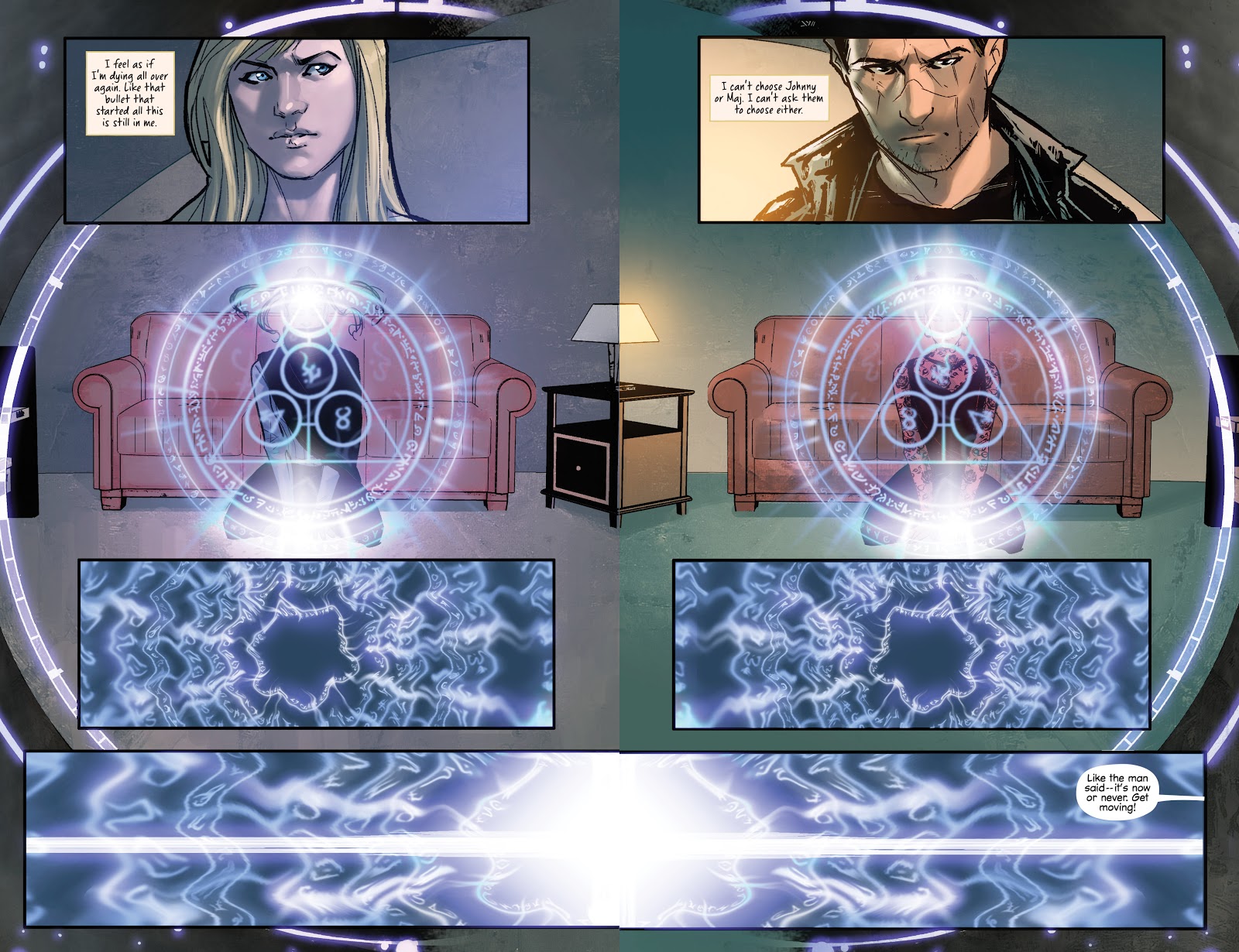 This is a polarising graphic novel. Alex Underwood is still relatively new to the Witchblade, but has faced off considerable threats. In dealing with the villain of Volume 2 she escaped with Johnny and Maj, but as we quickly learn, she’s somehow bumped them to the future. Things haven’t gone well. Demons have invaded New York, and anyone possessing any kind of mystical device is immediately executed as a witch. How this ties into what previously happened is smartly conceived.

Caitlin Kittredge has shifted the ground considerably, but it serves to show just how far Alex has come since we first met her. Her drawback in the future is that the Witchblade no longer seems to work, but Kittredge evolves that into one of those stories where the future has been seen, and it’s up to those in the present to ensure it never comes to pass. With that comes an unpleasant revelation: “I’m starting to realize that’s the whole point of having the Witchblade. Not to play the hero. Just to be the human shield between my city and the darkness”. It’s not a comfort.

Roberta Ingranata draws very good portraits of attractive people, but still isn’t keen on them moving far. She comes up with interesting designs, but there’s the impression she’s being limited by Kittredge’s TV drama approach to the plot, whereby there’s a perpetual threat of something happening, yet it doesn’t actually happen as often as we’d like. Kittredge has also failed to make us care enough about the cast, which to an extent extends to Alex, and it’s because there’s so little to differentiate them, men or women. All are feisty, stubborn, and quick with a smart answer. Only Maj doesn’t conform to that template, yet after an interesting background and introduction, he’s become an all-purpose errand boy.

Over the first three chapters the problem of the demon invasion is intriguingly introduced, but once the point is reached where Alex has to deal with it the pace slows as the pages are eaten up while we wonder how the climax will ever occur. It does, but in a clever way that curiously also manages to be unsatisfying. The set up has been for the apocalypse, and we get a firework display. A couple of revelations explain some muddier aspects of previous volumes, Kittredge being nothing if not tidy, but the promise of the opening volume gradually evaporated.