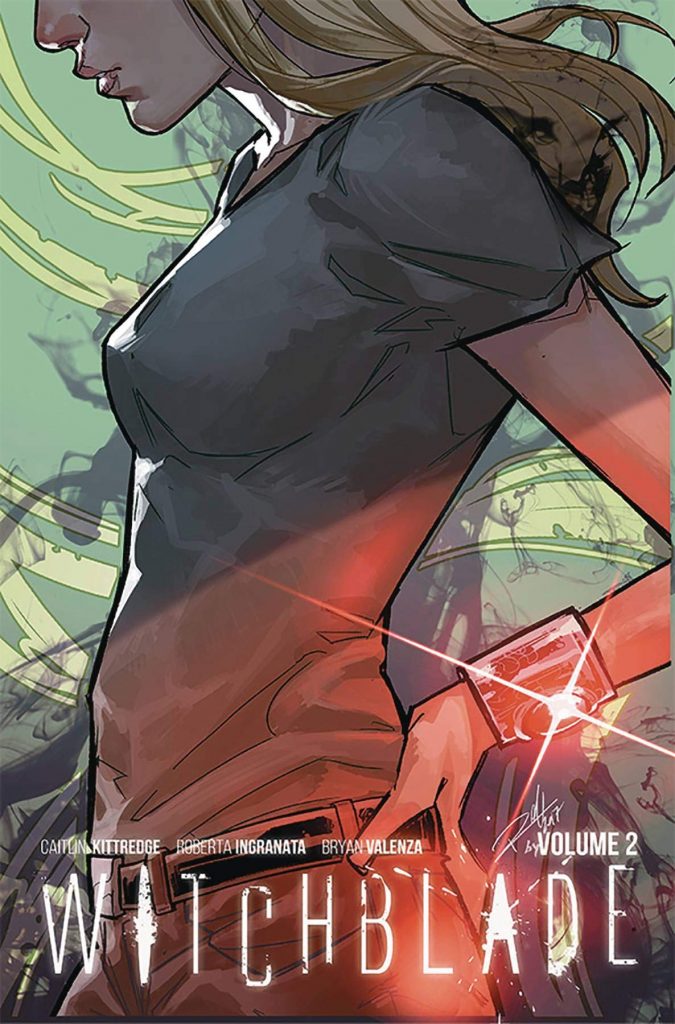 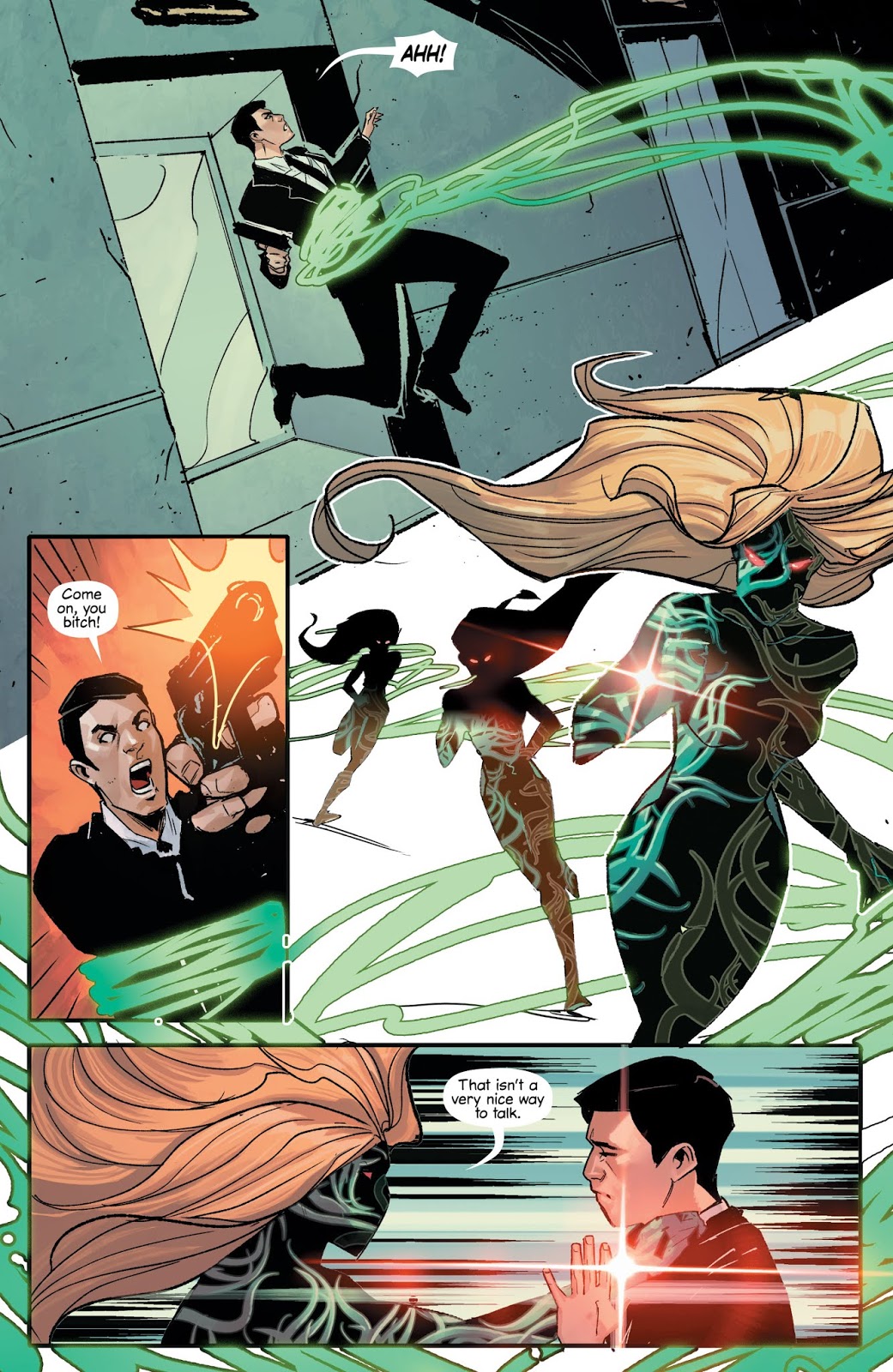 It’s been three months since the conclusion to volume one of this Witchblade update, and Alex is coming to terms with a few things, not least the stunner that ended the previous volume. She’s become more adept at employing the Witchblade and has been proactively seeking out New York’s hidden demonic threats. However, as incredibly powerful as it is, the Witchblade is also an extremely desirable item, the prize tempting enough to prompt risk. A woman named Artemis Fallon is well aware of what it is, and not short of ideas and resources as CEO of a corporation indulged in shady activities.

Several aspects echoing the Witchblade of old recur here. Roberta Ingranata’s very different, and far more accomplished art, ensures some distance is maintained, but throughout this volume Kittredge features reminders. One is plotting that doesn’t hold water. If a friend believed dead returned, how many people would refrain from questions for several weeks on the basis that the returnee would eventually tell them? Excess is also revived in conjunction with faulty plotting. On the one hand we’re expected to believe all sorts of nasties with mystical powers have remained concealed for years, and on the other we watch them indulging themselves in massacres guaranteed to attract massive attention and publicity. If fans of old felt the previous volume was too far removed from the old Witchblade, readers attracted by that may feel uncomfortably close here. Having noted that, the way the most prominent former Witchblade host Sara Pezzini is incorporated is interesting, and Ingranata’s method of drawing her avoids exploitation.

Given the threat at hand, Alex considers confrontation the best course of action, which isn’t as fatalistic as it seems. Fallon is dangerous, confident and not a woman to give up. Any clash is best determined in an environment where Alex and the Witchblade retain some control. “For better or worse, the Witchblade is me. It’s my responsibility”, is Alex’s philosophy, “I won’t let someone like her get within a mile of taking it from me”. How far will that get her? Alex is the best fleshed out of a cast that are otherwise too similar, and it’s refreshing that Kittredge hints of tragedy in her past without spelling everything out. The bare details are enough to know how it would affect anyone.

Overall, though, in comparison with volume one, this is disappointing. That almost no-one can be trusted goes with the territory, but Kitteredge pulls that trick all the time, and when it occurs again to close the penultimate chapter it’s no real surprise. She’s also introduced a considerable cast, which has benefits, but not when they’re all constantly on stage with little to differentiate them, and for the second graphic novel in succession Kittredge serves up the ambiguous. We don’t see how the master menace is dealt with, just the threat and the flash of light. Once was fine, twice is cheating. This is levels above Witchblade’s earliest incarnation, but in attempting to appeal to two different audiences there’s the possibility she’ll end up appealing to neither. Volume 3 concludes the series.