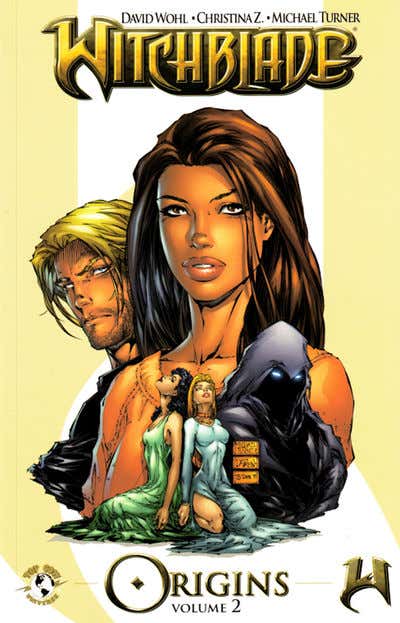 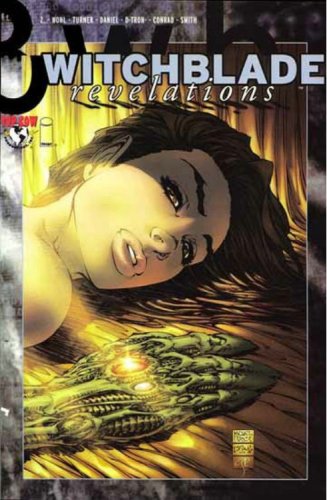 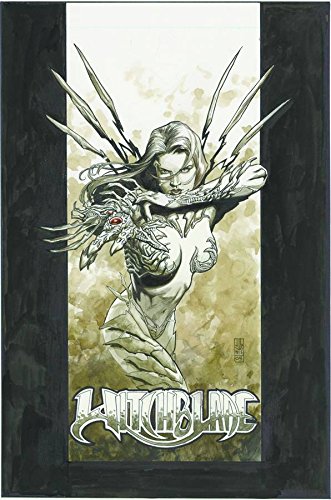 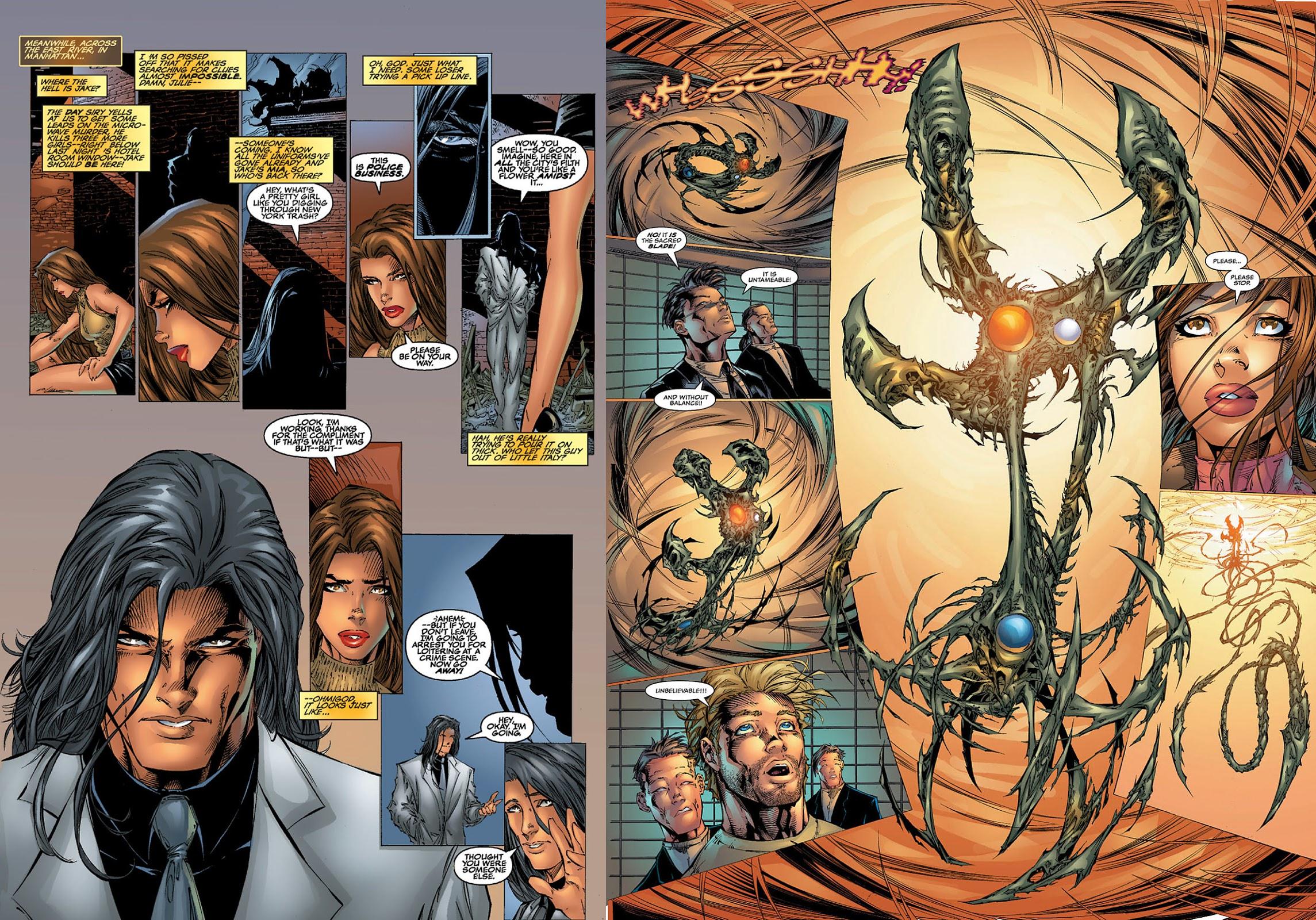 In Origins Vol. 1 Sara Pizzini was joined with the Witchblade, a jewelled gauntlet that she can keep hidden until needed, and which has a form of sentience, feeding her with visions and enabling skills that protect her.

As we see in the opening chapter, Sara wasn’t the first woman to bond with the Witchblade, and if Michael Turner’s art in the first volume was exploitative, Tony Daniel, working in the same fiddly, detailed style ramps that up a notch. It’s half pirate story and half the usual idle wanderings, but the introduction of Mafia assassin Jackie Estacado enlivens the second chapter. As drawn by Turner, he’s the same long haired slab of beef as most other men in Witchblade, but the creatures he attracts are interesting. He’ll appear again in volume three, after which his destiny played out in his own series, The Darkness.

While Turner’s art is one end of 1990s comics distilled to an essence, his co-plotting with Z and Wohl was ahead of its time in taking forever to reach anywhere. Forthcoming threats are given an extended foreshadowing that would shame Chris Claremont’s later X-Men, and every time Sara embarks on investigating something she’s waylaid by an entirely different threat. As was the case before, there’s no reality to her responses. She’s seemingly concerned about the child of her dead friend, sixteen year old model wannabe Lisa, so tracks her to a model agency specialising in fetish wear whose boss screams sinister, but Sara, a police detective let’s not forget, is fobbed off easily and next seen tinkering with the Witchblade to test it. Over the course of three chapters Lisa transforms from innocent child to a seductive vamp able to compare the quality of champagnes. While some dramatic licence is required for fiction, Witchblade doesn’t bother with logic, and there are plenty of other examples. Rings play a large part in the final chapters, yet we’re supposed to believe the police overlooked this before Sara jumps in. The one strong aspect of the series is Sara’s working relationship with her impulsive partner Jake.

Turner’s art develops slightly, and it beguiles despite the sloppy storytelling and constantly resorting to exploitative illustrations. In the first volume there were places where it was apparent he was very rushed, but that’s not the case here, and the pity is how much better he could have been early in his career with a little guidance. Turner is better on the pages where he’s not drawing ridiculously thin women in bikinis.

The cut off point might seem a strange place to take a break, but with everything that needs fitted into volume three, it’s probably for the best. That’s actually titled Witchblade/The Darkness: Family Ties and is combined with this and the first volume in The Complete Witchblade.