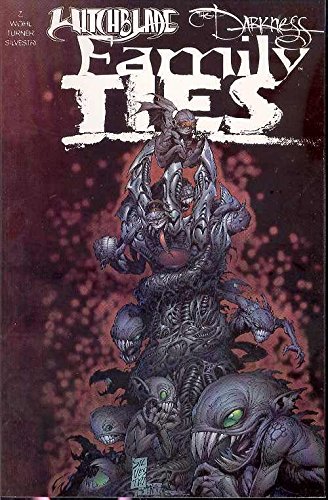 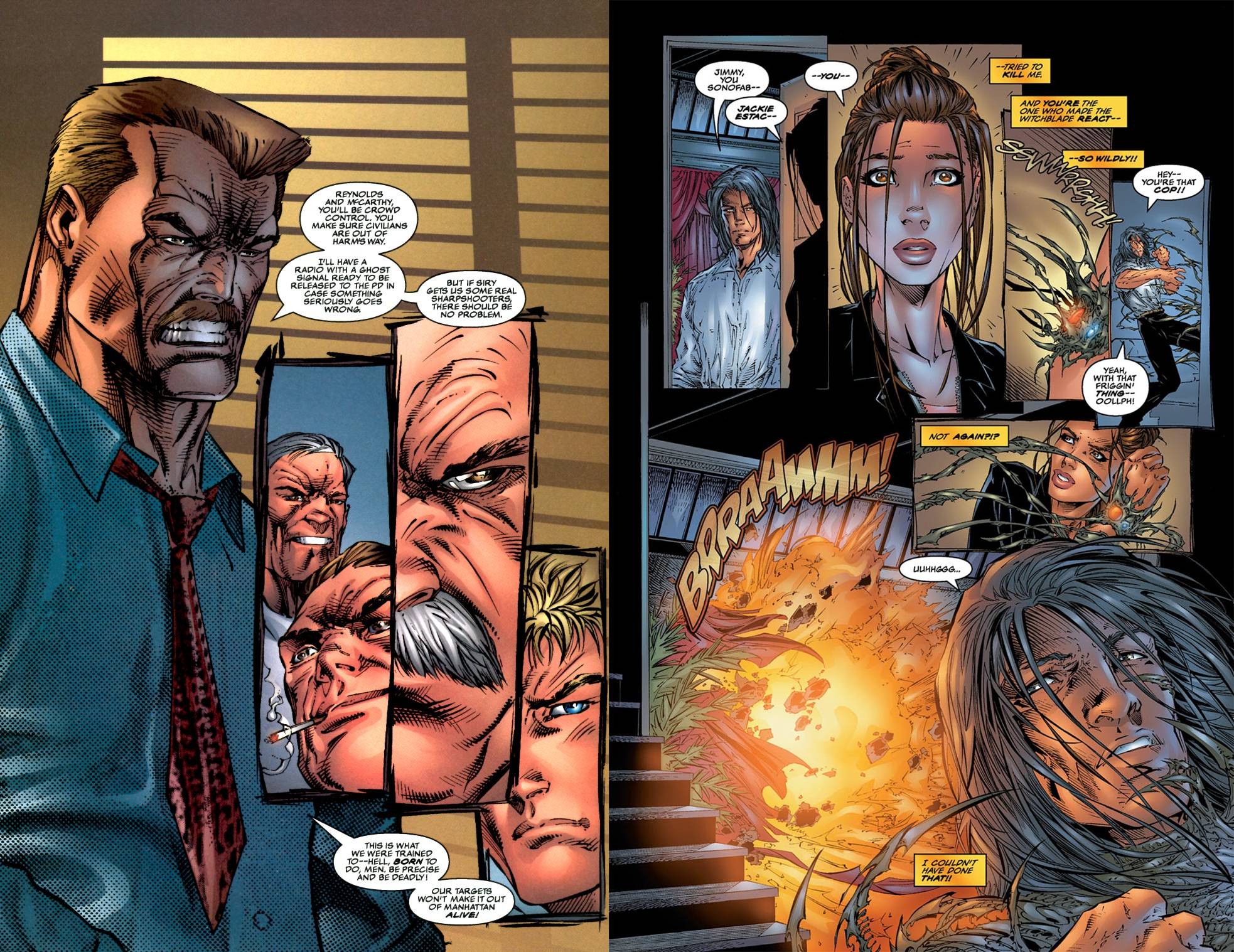 Every now and again it’s remembered that Sara Pezzini is a police officer, and Family Ties begins with her investigating a series of gruesome murders. The deceased are all known to the police for being ranked high within organised crime, but this time the police have caught a break, there’s a witness who for some reason will only speak to another woman. That leads Sara to Jackie Estacado, mob hitman and wielder of an ancient primal force known as the Darkness. She’s met him before (see Witchblade Origins Vol. 2)

Considering three writers are involved, there’s barely any plot connecting the fight scenes in which assorted tough guys spout dire threats from shut mouths or through clenched teeth. As Marc Silvestri’s sample page shows, they don’t even have to be bad guys to adopt that method of talking. What may have beeny understood by readers who’d read the previous issues of The Darkness and Witchblade series in 1997, rarely makes sense divorced from those issues. At one point a villain’s gloating narrative captions boast about people not knowing what part they play, which goes double for readers. People come and go, dropping cryptic comments, attacking for what seems like no reason, and the way they’re drawn especially by Silvestri, but also Michael Turner, it’s often difficult to tell them apart.

What seems to be the case is that the loss of Kenneth Irons (Witchblade Origins Vol. 1) has left some sort of criminal power vacuum, and assorted types are vying to see it filled. A similar creative battle is occurring with artists intent on big images, leaving the writers to pack the surroundings with narrative captions and dialogue, much of which isn’t needed until the final chapter. That concludes with a lot of pomposity and more questions as one event appears to contradict one of Witchblade‘s principal principles.

Joe Benitez draws the hell out of three pages, packing them with detail and putting those by Silvestri to shame, but then it is only three pages. All artists work in an incredibly noodling style, much effort put into aspects that don’t matter, while all their people are strangely put together. Turner is the best of them, knocking himself out with some great pin-ups on the final chapter.

A chapter before that a henchman cries that he doesn’t know what’s going on, but he can’t stop it. Readers might feel the same. If you can’t get enough, though, this is available with all previous Witchblade material in the first volume of The Complete Witchblade, or within the massive Witchblade Compendium. Witchblade continues with Prevailing.