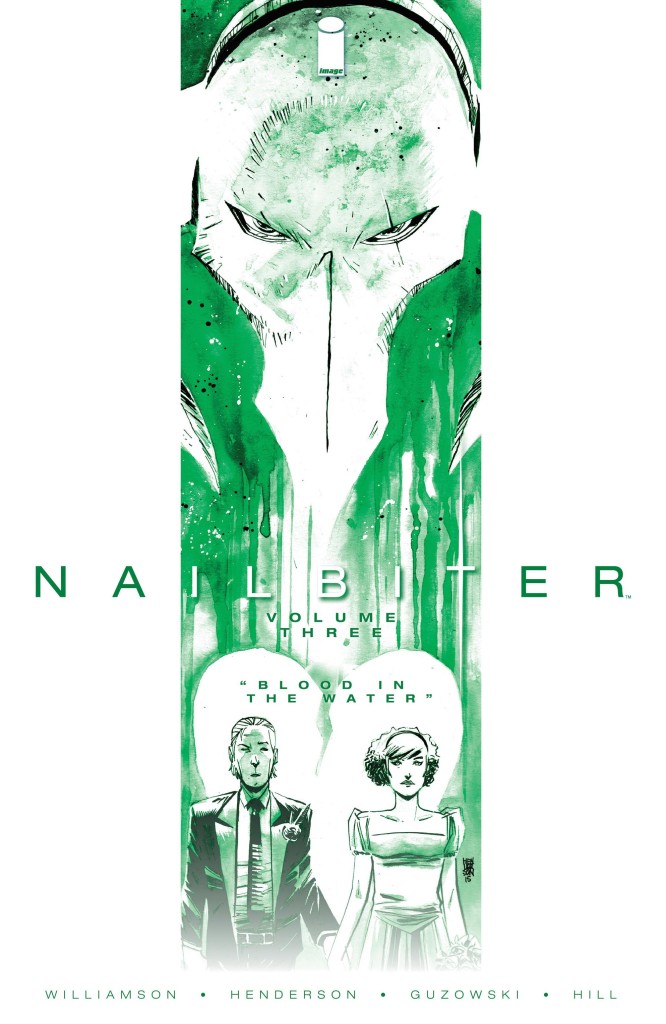 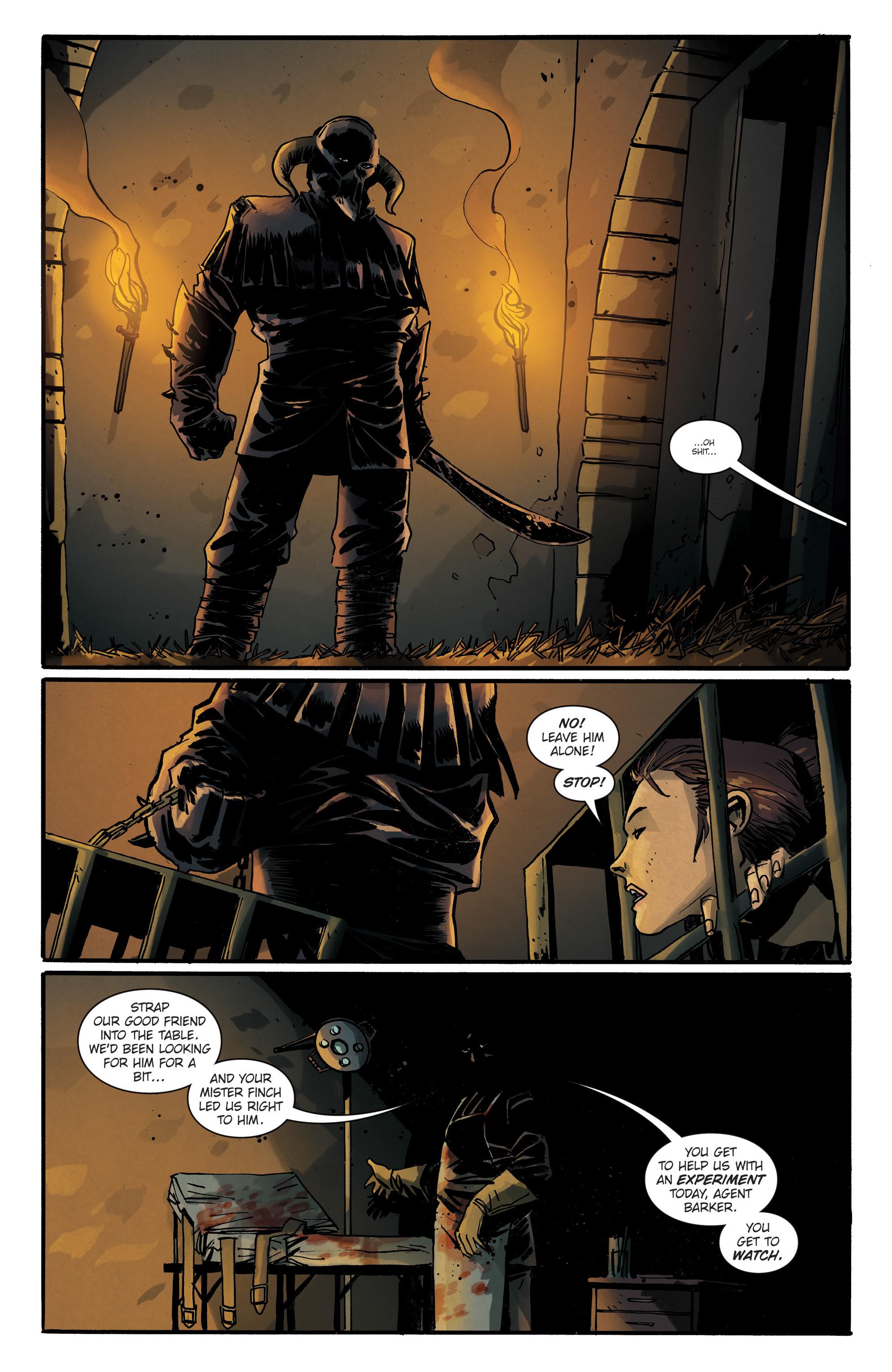 With the high profile acquittal of Edward Charles Warren it was discovered that the Oregon town of Buckaroo has produced more serial killers than any other, some never captured. They’re collectively known as the Buckaroo Butchers, and when army information specialist Nicholas Finch arrived in town it coincided with another spate of killings and the emergence of a peculiarly dressed and masked killer. Most of this occurred in There Will Be Blood, while the following Bloody Hands expanded on the town, its history and its inhabitants.

Finch’s nasty trade is the extraction of information via torture, something his current client appears well able to withstand, but having had a respite from the full on violent horror in the previous book, this opening chapter compensates alone. It’s extraordinarily gruesome, but in the best Hitchcock tradition this is conveyed not by an excess of gore (although it features). Two scenes are cinematically intercut, and artist Mike Henderson’s artwork over an extremely powerful and well written scene is exemplary.

It’s followed by a sequence where Williamson and Henderson escalate a different form of tension, the concern of discovery, and it’s equally seat squirming. And from there we have the disclosure that serial killers aren’t the only unsavoury individuals located in Buckaroo. Amid the horror there’s also a glimpse back into the past, to when friendlier relations existed between Sheriff Crane and Warren, yet even then she had a handle on his disassociative personality.

Not appearing as polished is the constant game of tease being played. It’s Warren’s game with the investigators and Williamson’s game with the readers. Three volumes of repeating the same trick doesn’t appear to be clever writing. Then again, with the focus so often elsewhere, it’s easy to forget just who the title character is, and some answers are forthcoming. Naturally, in the best tradition, these answers prompt further questions, and one of them is a genuine stunner well concealed to date.

The bonus feature details the most powerful sequence in the book from conception to execution (so to speak), conveying that much of the visual invention is down to Williamson. His mastery of dramatic pacing is such that surely anyone reading this book will be back for Blood Lust. Alternatively both books are combined in hardcover as the second Murder Edition.