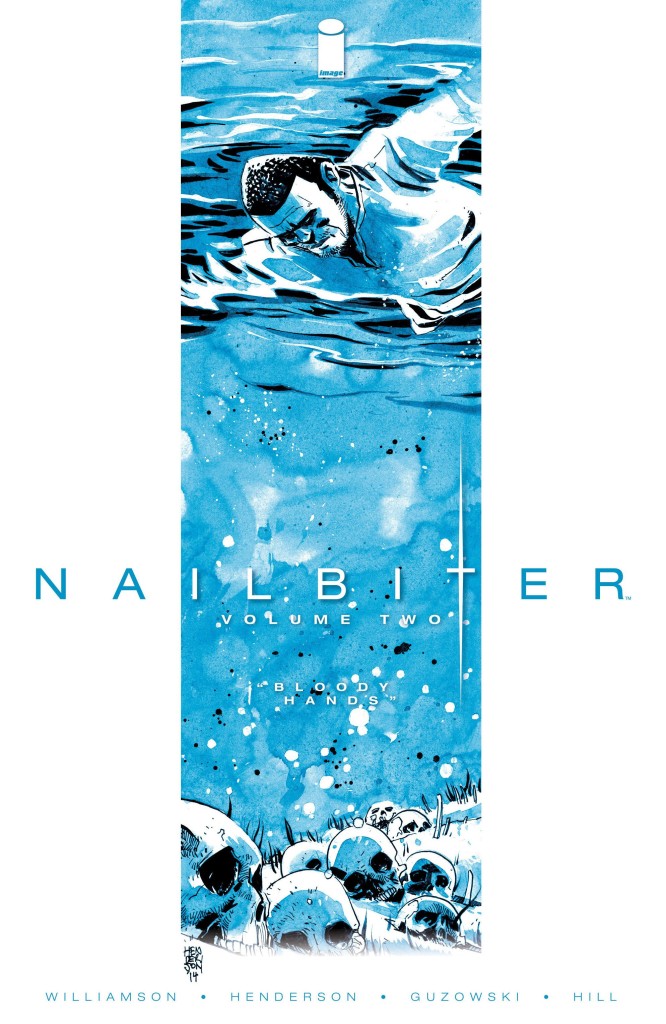 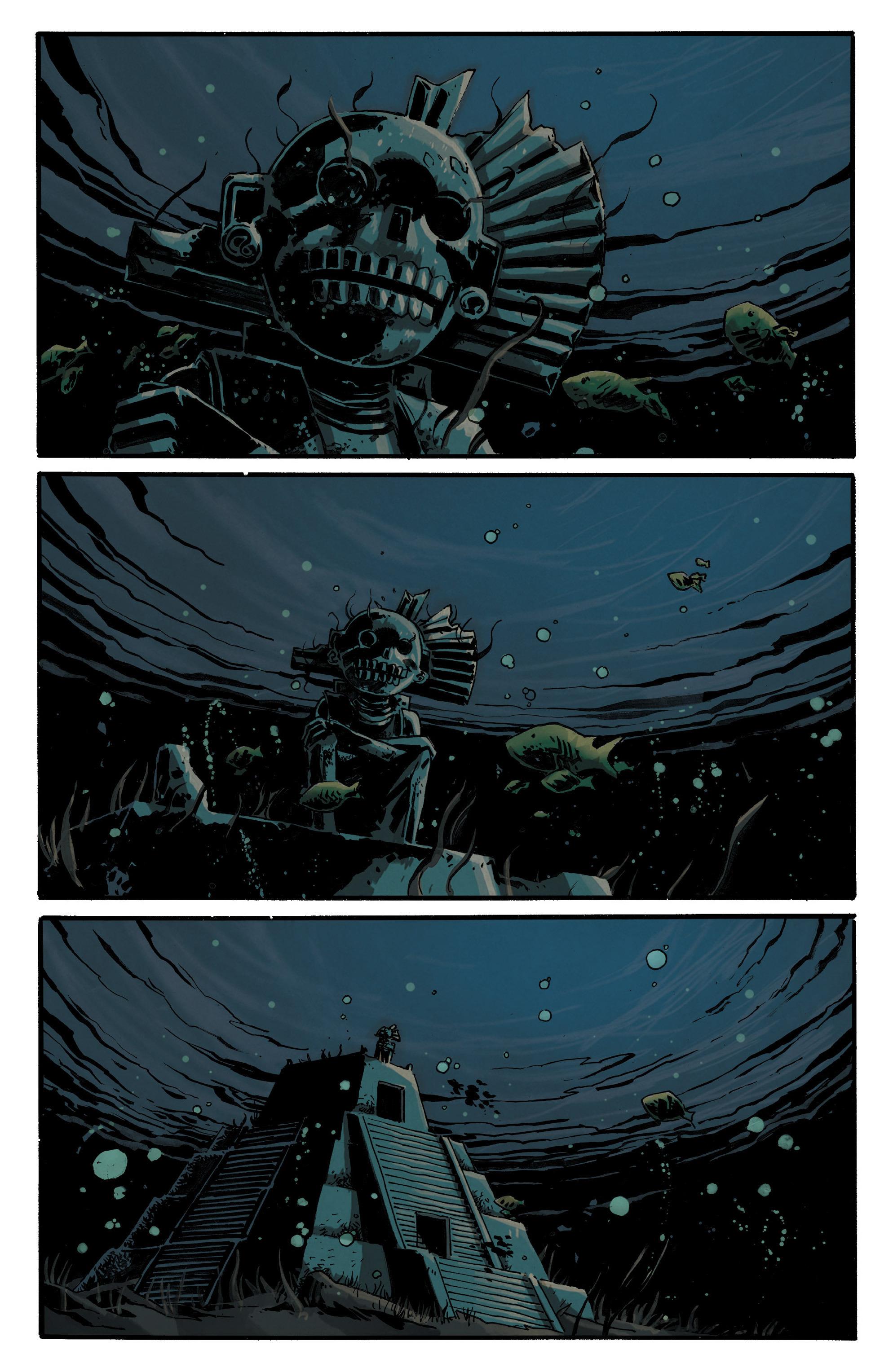 The series title refers to both the horror classification, and a lead character, one Edward Charles Warren, serial killer, who targeted those who bite their nails. Inexplicably acquitted by a jury at his trial, he’s returned to Buckaroo, Oregon, whose population diminished by several citizens in There Will Be Blood.

Within that Joshua Williamson set up the series premise of the town somehow having a sinister undercurrent that keeps producing serial killers, and introduced our investigatory team of Sheriff Crane and army information retrieval specialist Nicholas Finch. Protective and bad tempered, he’s currently on leave pending his own trial for murder. By the conclusion the FBI are also involved in the form of Agent Barker.

The main plot takes a back seat in this volume as Williamson takes us on a tour of Buckaroo via the crazies attracted by its reputation. There’s Mallory, disturbed mother to be, a comic writer with the improbable name of Brian Michael Bendis, and a whole platoon of journalists. We meet the local bee keeper, the pastor and the school bus driver, none of them pleasant men, and absorb some theories as to why Buckaroo develops killers.

Williamson founded the series on atrocity, but that also takes a back seat in Bloody Hands, as we come to know our primary cast a little better via the people they deal with. There is, however, a reason for the title, and that comes to fruition in the final chapter, where the well simmered tension boils over.

Mike Henderson was good in the series opener, and better here as the little faults that affected his storytelling have been excised by a regular continuity. In combination with colourist Adam Grozowski he cultivates a gloom suggesting anything can happen. Even when scenes occur during daylight hours inclement weather manifests or the shadows predominate. Williamson keeps throwing in additional creepy ideas, and Henderson excels at supplying them.

Bloody Hands doesn’t maintain the full throttle shocks that came before, but without some narrative cement they’ll only carry an extended story so far and that bolstering is provided here. There are precedents at Image for this kind of drama with a horror background (see recommended titles), but Williamson’s taken the ball and run with it, and Blood in the Water follows. This content is also available combined in hardback with the opening volume as the first Murder Edition.