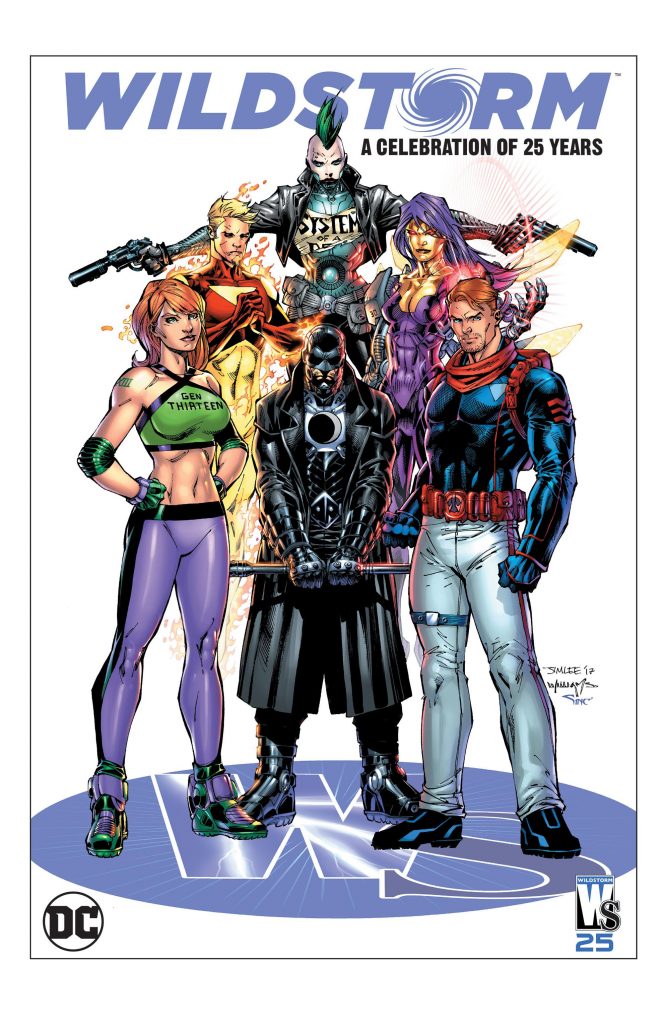 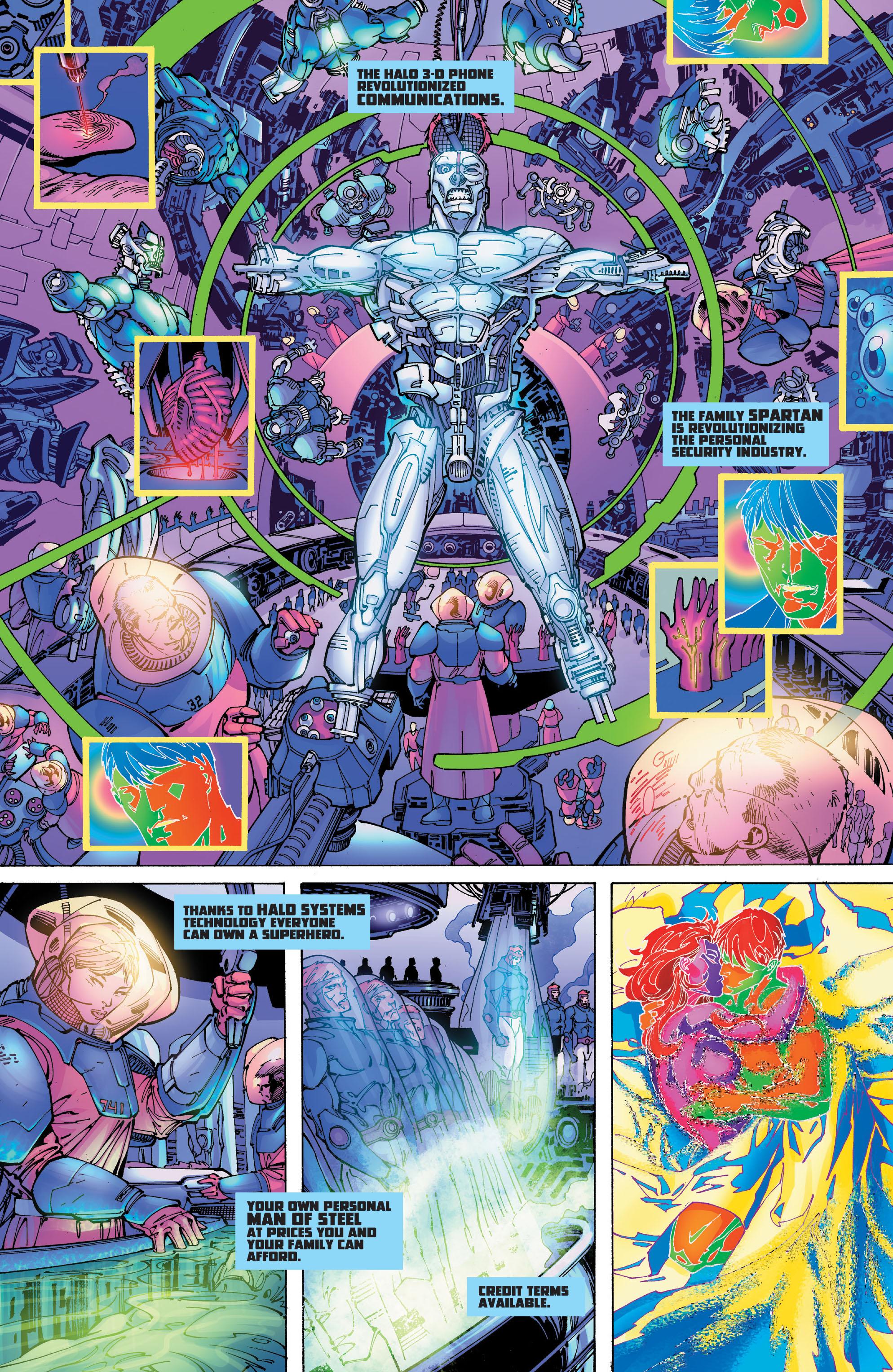 It’s pushing the boundary a bit to celebrate 25 years of characters that have been largely moribund for half that time, but there’s no denying the importance of WildStorm as an innovator and a publisher that gave the established superhero publishers a much needed kick up the arse in the 1990s.

Jim Lee’s creative imagination and much admired art was the foundation stone for the Wildstorm imprint, and much of what it became was built on ideas introduced in the début issue of WildC.A.T.S. That’s reprinted in black and white, and hasn’t aged well. Lee’s talent is on display, but disguised by layouts prioritising images rather than story, and panels messy with extraneous detail. Thankfully there are contributions from an older Lee who’d dropped the affectations to become a superb artist.

The remaining content mixes short stories by much loved creative teams returning to features they defined, material that didn’t appear at the time, and pin-up pages. Few returning creators disappoint by giving people what they want. J. Scott Campbell has Gen 13’s Grunge pop to the future, Warren Ellis and Bryan Hitch deliver the essence of The Authority in nine pages, and Christos Gage and Dustin Nguyen also sum up their version of what was by then plain Wildcats.

Mark Millar and Frank Quitely’s first issues of The Authority are published in black and white, the versions “as intended by the creators”. You have to work hard to spot the differences from the published versions (insinuating Princesses have a coke habit was out, as was swearing without substitute symbols, mentions of eight times a night, and detailed musculature of severed legs). Most of the remaining reprint content was created for promotional purposes, and not always widely seen, an exception being the first and only issue of the aborted Worldstorm project re-booting the Wildstorm characters. Grant Morrison and Lee are on inventive form, and the fifteen pages of Morrison’s script for the never produced second issue show that continuing. It exemplifies another aspect of this anthology, an emptying out of files, showing what might have been had creators stuck with projects a few pages at a time.

Dan Abnett and Neil Goodge’s valedictory strip can also be read as a comment on the treatment of the WildStorm characters once absorbed and marginalised in the wider DC universe. As Brian K. Vaughan’s back cover quote notes, WildStorm was one of the coolest imprints in comics publishing history, and this skip through the years exemplifies why. Ultimately, however, the new strips are less than forty pages in total, the changed material negligible, and the novelty of black and white slim. Where the book very much succeeds, however, is in enticing artists to produce pin-ups, and very few of these disappoint. Art Adams illustrates the entire WildStorm cast circa 1997, and to name just the first ten in page order, there are illustrations from Tim Sale, J. Scott Campbell, Adam Hughes, Ryan Benjamin, Pop Mhan, Brent Anderson, Whilce Portacio, Tom Raney, Bryan Hitch and John Cassaday. Another 35 or so follow, by artists equally as noted. It reminds us how important WildStorm was at spotting talent early and letting it loose. Ultimately, that may have been an even greater legacy than the comics.