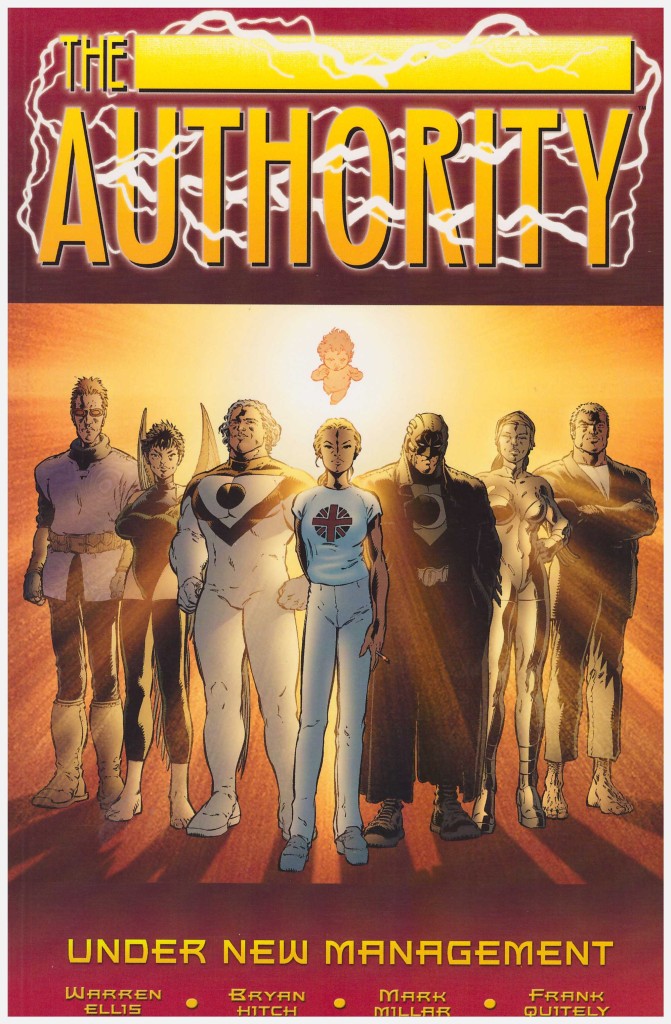 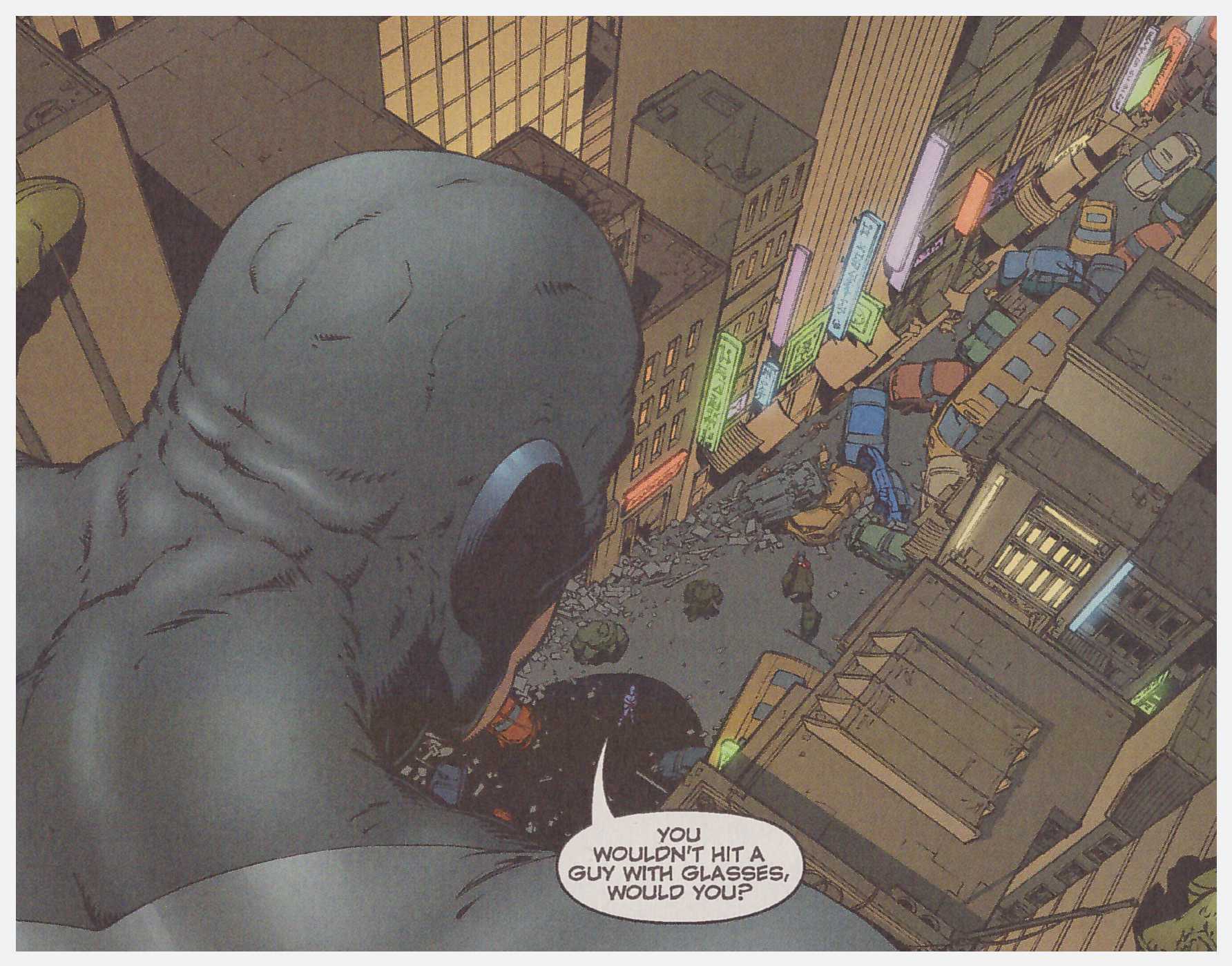 Just take a look at that art. This collection is eighty pages of Bryan Hitch’s cinematic sweep and eighty pages of Frank Quitely’s bracing delicacy. As of writing this glory will cost you 92p plus postage online. Anyone who enjoys their superheroes and doesn’t already have a copy needs their head examined if they don’t log on now. Don’t bother with the rest of this tiresome waffle, buy this book immediately.

So, having redefined superhero comics for the new millennium in Relentless you might wonder what Warren Ellis could have up his sleeve. He was already a step ahead and ‘Outer Dark’ sees the return of God. If you can read a line like “The Carrier is fifty miles high and thirty-five miles long. It is moving through the veins of God.” without a shiver of anticipation, then, my friend, superhero comics are no longer for you. Roll over Warren Ellis and tell Mark Millar the news.

Hitch steps up as well. In Relentless he’d started using long panels stretching across the page, and that’s pretty well exclusively his choice here, each frame therefore bringing the cinema screen to mind. Even the Authority might seem under-powered when God comes calling, but they’re not. So Warren Ellis gets to kill God, yet simultaneously his avatar also dies. There’s an analyst’s thesis in there, and there’s a theory gaining credence that since this occurred the ‘Warren Ellis’ that’s continued to write other comics has been a substitute.

If anyone’s grasped Ellis’ vision for superheroes in the 21st century, refined and inflated it, it’s Mark Millar, and it’s with the Authority that his ascension really took off. “Why do super-people never go after the real bastards?” is his opening statement, followed by the Authority touring the world settling some hash irrespective of political consideration. “This has to be a world worth saving if my colleagues and I are going to be out there risking our lives on the front line”, explains Jack Hawksmoor.

Millar is blessed by the art of Frank Quitely, here delivering his first substantial work for the US market, and it’s revelatory, although he’d improve still further. He maintains the cinema screen snapshot effect and delivers interesting variations of the cast, providing far more character than Hitch. His doctor is thoughtful, and his Apollo considerably bulkier, but given the pastiche iteration of the earliest Avengers Millar provides as initial villains, this is no bad thing. Quitely’s version of Giant-Man is inordinately impressive.

The fundamentals of Ellis’ Authority are supplied by Millar, and it’s very good. Indeed his second chapter here won an Eagle Award (as did this collection), but there’s an imitation, and his voice is really found in the final volume Transfer of Power. There are, though, elements where he betters Ellis. In the portrayal of Swift for one, who might as well have been discarded with the remainder of Stormwatch for all she contributed to the first volume. Credit also for the novel method of dealing with a threat.

In both cases this is superhero operatics splashed across a massive canvas, consistently thrilling and excellently illustrated. You’ll know that by now anyway, as you’ve already bought it, haven’t you? 92p!

The Ellis and Hitch content can be found in the hardback and slipcased Absolute Authority for those who can afford it, and in the more recent hardback The Authority vol 1. Volume 2 houses the Millar and Quitely material along with the content of the following book, Earth Inferno.