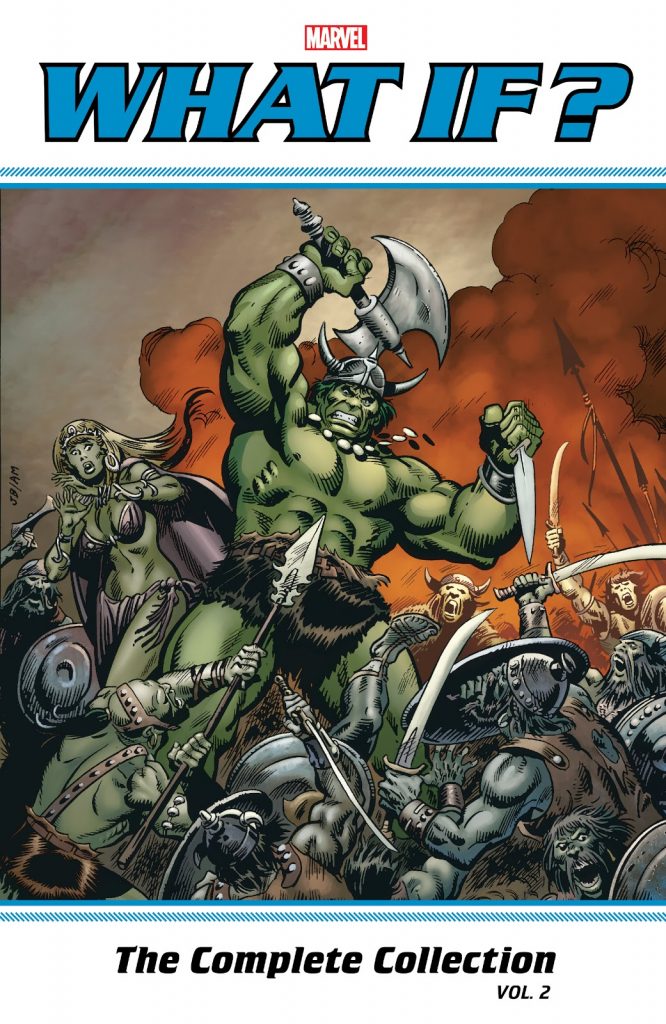 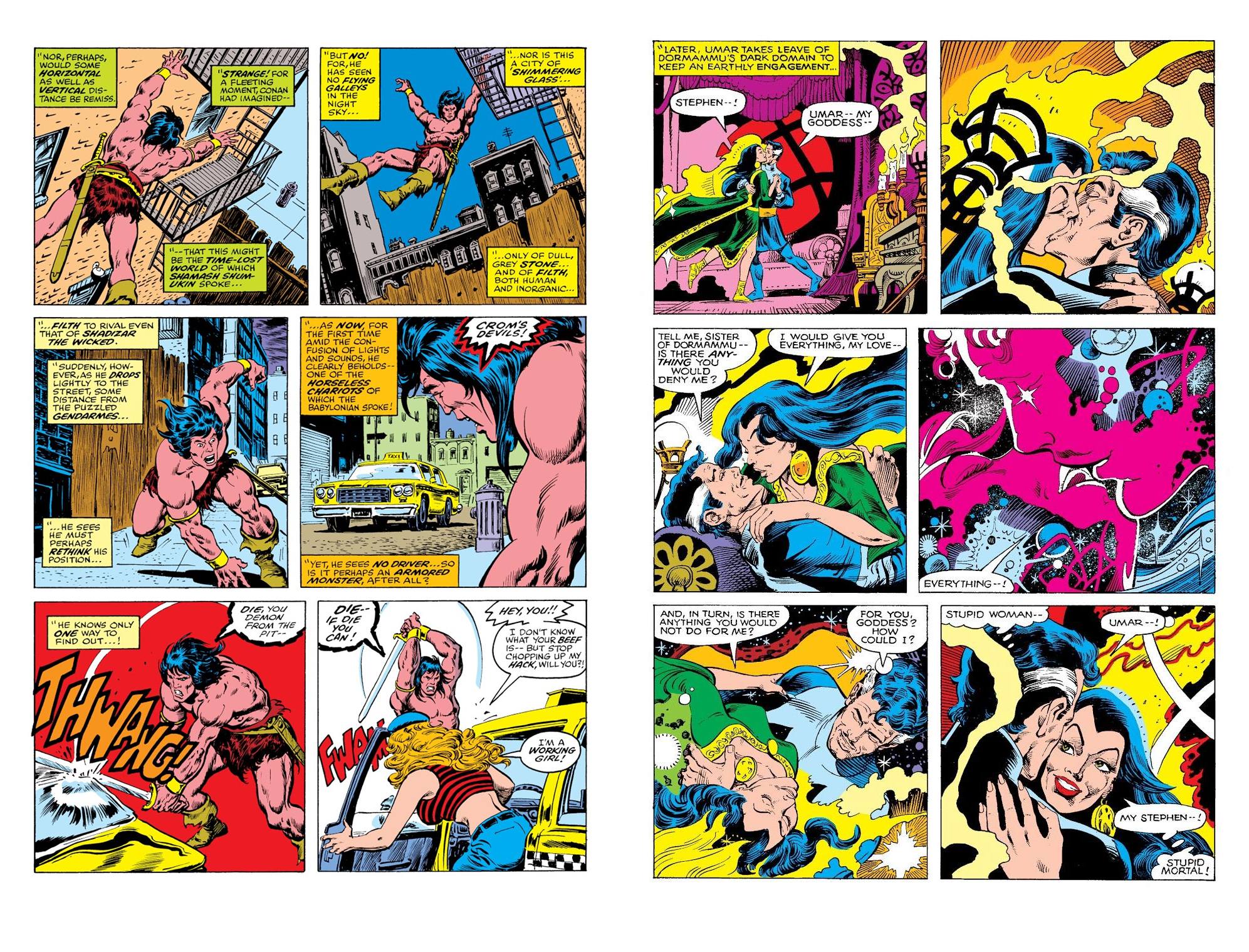 This second bulky collection moves from the late 1970s to the early 1980s, and opens with Roy Thomas and John Buscema producing a highlight of the entire run. Because this series also reprints the original editorial pages there’s an element of comedy about seeing ‘What If Conan the Barbarian Walked the Earth Today’ promised in one after the other in Vol.1. It was worth the wait. It’s a clever story on Thomas’ part, first offering several pages of a confident Conan in his own era, before dropping him through the well at the centre of time. It might have taken him longer than planned to draw it, but Buscema sets about the task with relish. Few other artists could have ensured Conan retained his stature in a strange world, and is that a Superman homage when Conan tips a car? Some of Thomas’ script has dated as the strangeness he confronts Conan with has long passed, but put that down to period detail, and this is a lot of fun. It was absent from the earlier What If? Classic Vol. 3.

Buscema’s fine cover originally graced a Hulk story in which his girlfriend from the micro-world survives. They hardly live happily ever after, but sadly Buscema’s vision is considerably better than Herb Trimpe’s story pages. This, though, is a better volume for art, with Gene Colan on the Fantastic Four, and Tom Sutton’s Doctor Strange standing out, but unfortunately in service of more ordinary stories. Also of note on a shorter piece is Ron Wilson’s Kirbyesque version of the Celestials, as Mark Gruenwald’s back-up strip investigates the origins of the Eternals.

Beyond Thomas and Buscema, the most effective pairing of story and art is Marv Wolfman investigating what if four different people had become Nova, with Walter Simonson, Carmine Infantino, Ross Andru and George Pérez drawing the alternatives. Other better stories are Peter Gillis’ enjoyable extrapolation of Peter Parker taking a more commercial route with his spider-powers, drawn by Pat Broderick, and Tom DeFalco’s reworking of the Kree/Skrull war. Alan Kupperberg is better at channelling Neal Adams’ style than he was when drawing Vol. 1’s content. Also fun is Kupperberg drawing Steve Skeates’ short joke about Aunt May getting spider-powers.

There’s a general move away from Marvel’s headliners here, although some feature. Instead we have Captain Marvel, Ghost Rider and Spider-Woman remaining villains, Doctor Doom becoming a hero, Nick Fury and the Howling Commandos in space and a follow-up to the series opening presentation in which Spider-Man joined the Fantastic Four. Bill Mantlo’s not interested in that, however, dumps him quickly and what’s left is an average FF story nicely drawn by Colan.

One good story, three still enjoyable and a decent short isn’t a great return for a $40 paperback. Will Vol. 3. see any improvement? If you’re a real sucker for punishment, you can pick up the same stories in iversized format in What If? The Original Marvel Series. Alternatively they were previously found in What If? Classic Vol. 3 and Vol. 4. 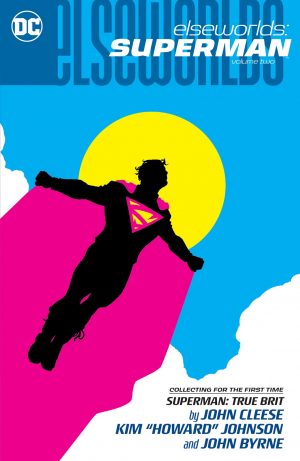