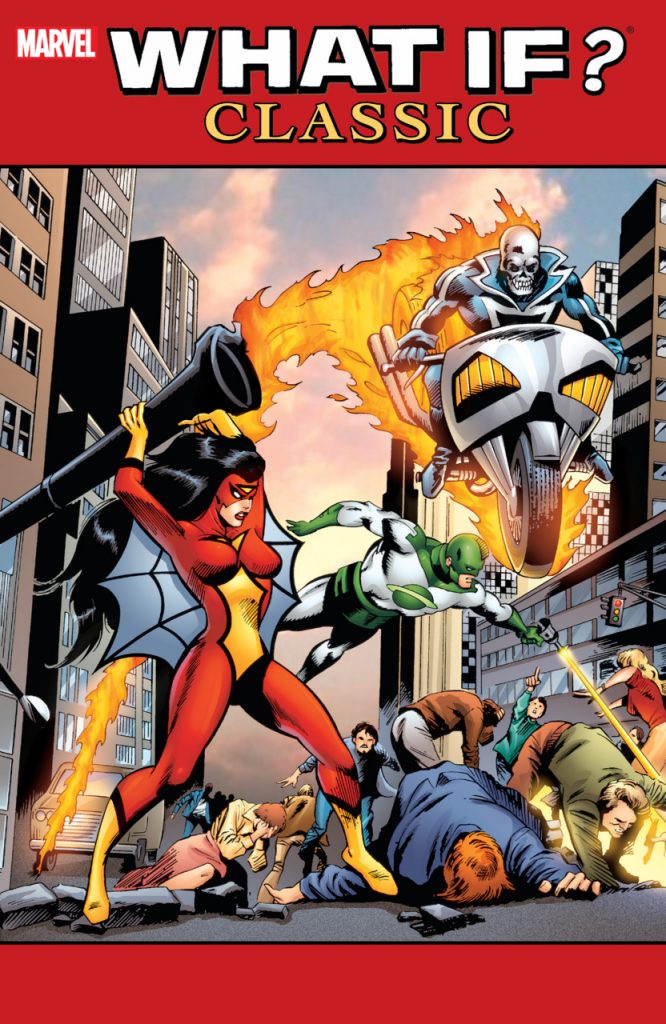 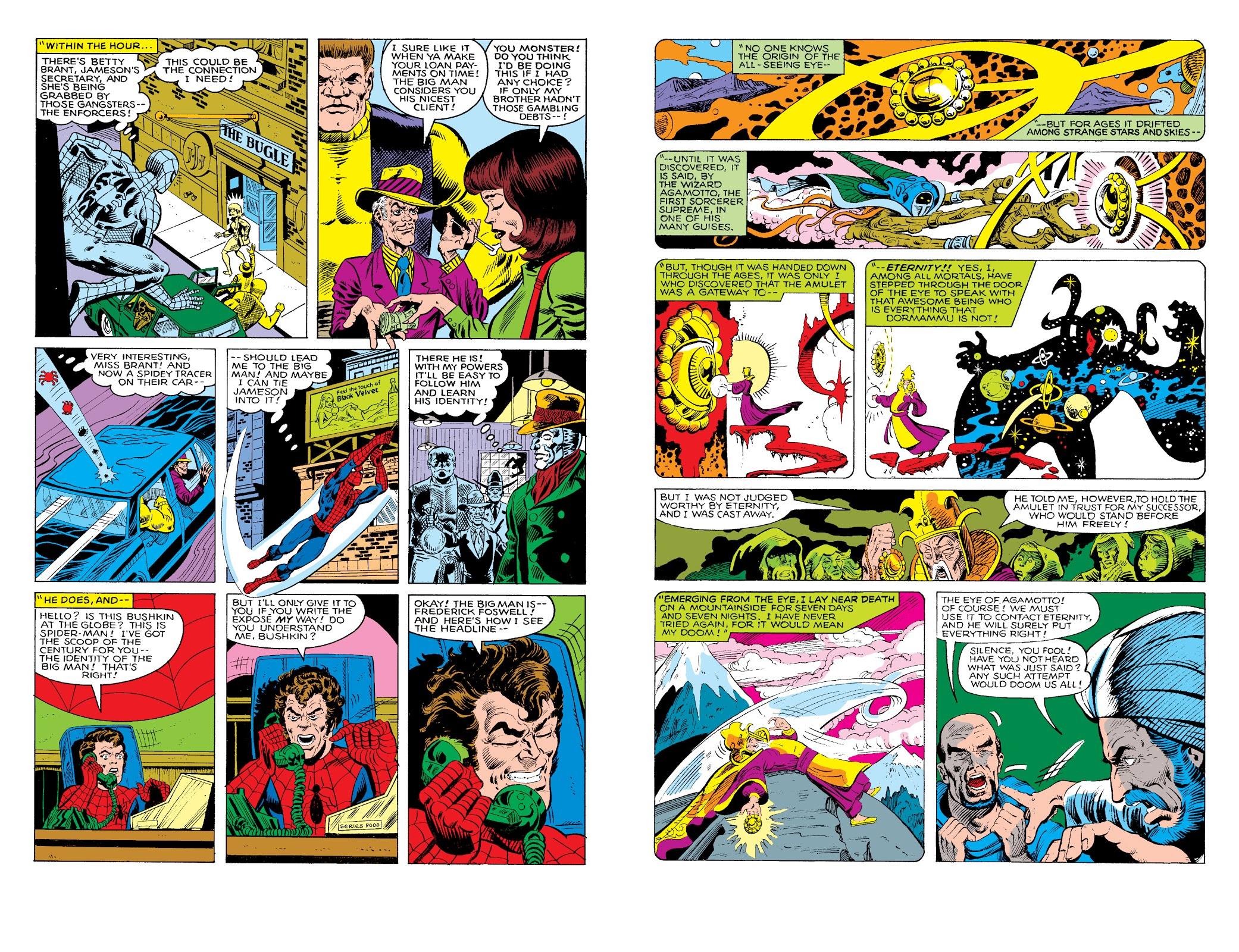 Because Marvel also include the letters pages, over Vol. 2 we’re able to follow the difficulties of getting a story about Conan in the 20th century into print. It finally appeared in 1978, before any of these stories and was rather entertaining. Unfortunately it’s not here, as in 2006 Marvel no longer held the licence to reprint any of their Conan stories. It is in the second volume of 2019’s What If? The Complete Classic Collection, but absent from both collections is a Shang-Chi story featuring other licensed characters. It’s also missing from the 2021 Omnibus sized What If?: The Original Marvel Series.

The stories we do have show a policy of Marvel moving away from their headliners to promote their 1970s creations and characters who had a history, but whose sales never matched the superstars. Ghost Rider and Spider-Woman appear, as do Nick Fury, Doctor Strange and the then recently cancelled Nova. Unfortunately Fury in space and three characters that might have remained villains fill the pages, but with little inspiration. There’s more spark to Marv Wolfman running through four scenarios of people other than Richard Rider randomly being chosen as Nova, and with Walter Simonson, Carmine Infantino, Ross Andru and George Pérez drawing them, the pages all look good.

There’s a distinct improvement to the art, with Marvel now finding newcomers whose base level talent improved on the new artists used on Vol. 2. Pat Broderick’s not perfect when detailing Spider-Man finding fame and fortune, but he channels Steve Ditko reasonably well, while Tom Sutton’s version of Ditko is a real treat on Doctor Strange. Both stories are written by Peter Gillis, and the Spider-Man story is considerably better, underlining how great power requires great responsibility. Doctor Strange joining Dormammu lacks any great motivation or suspense.

Alan Kupperberg’s back on the art for Tom DeFalco exploring how the Avengers might have ended the Kree/Skrull war without help from Rick Jones, and these pages improve on his earlier What If? work. He’s obviously more at home attempting to imitate Neal Adams than other artists. Without Jones calling forth the heroes of the 1940s, DeFalco involves all Marvel heroes as they were in the early 1970s, creates an engaging space romp, and he comes up with a good ending.

Unlike the two previous collections, around half of this volume remains readable, giving hope the improvement will continue in Vol. 4. 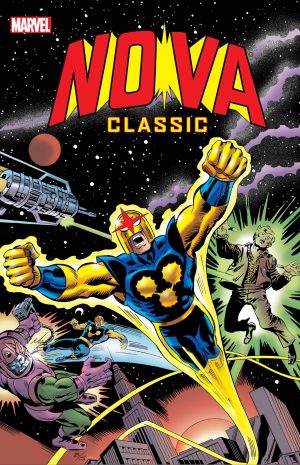