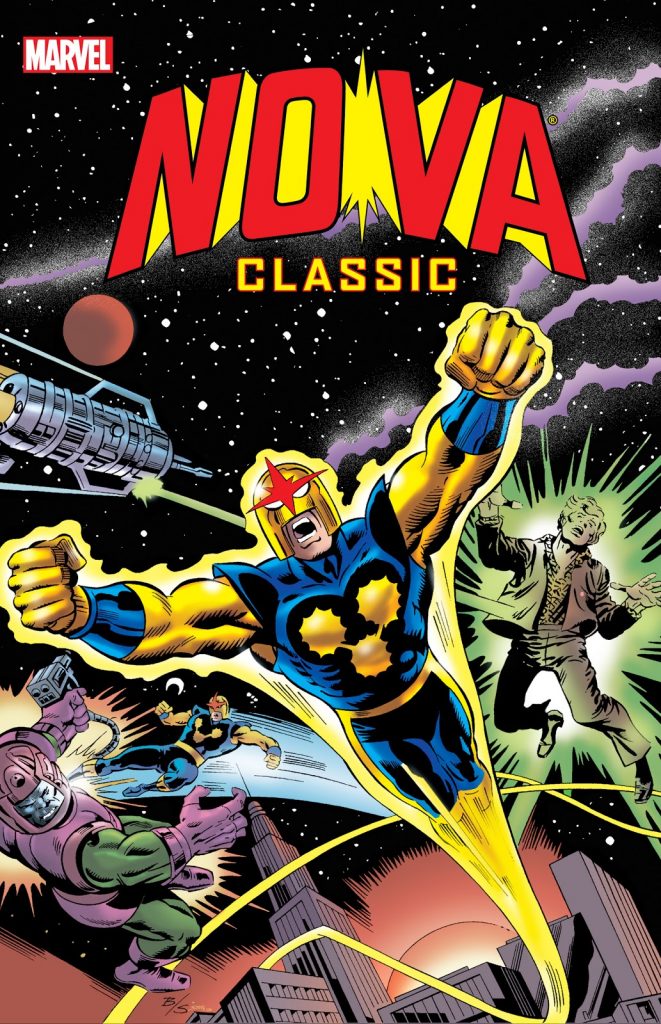 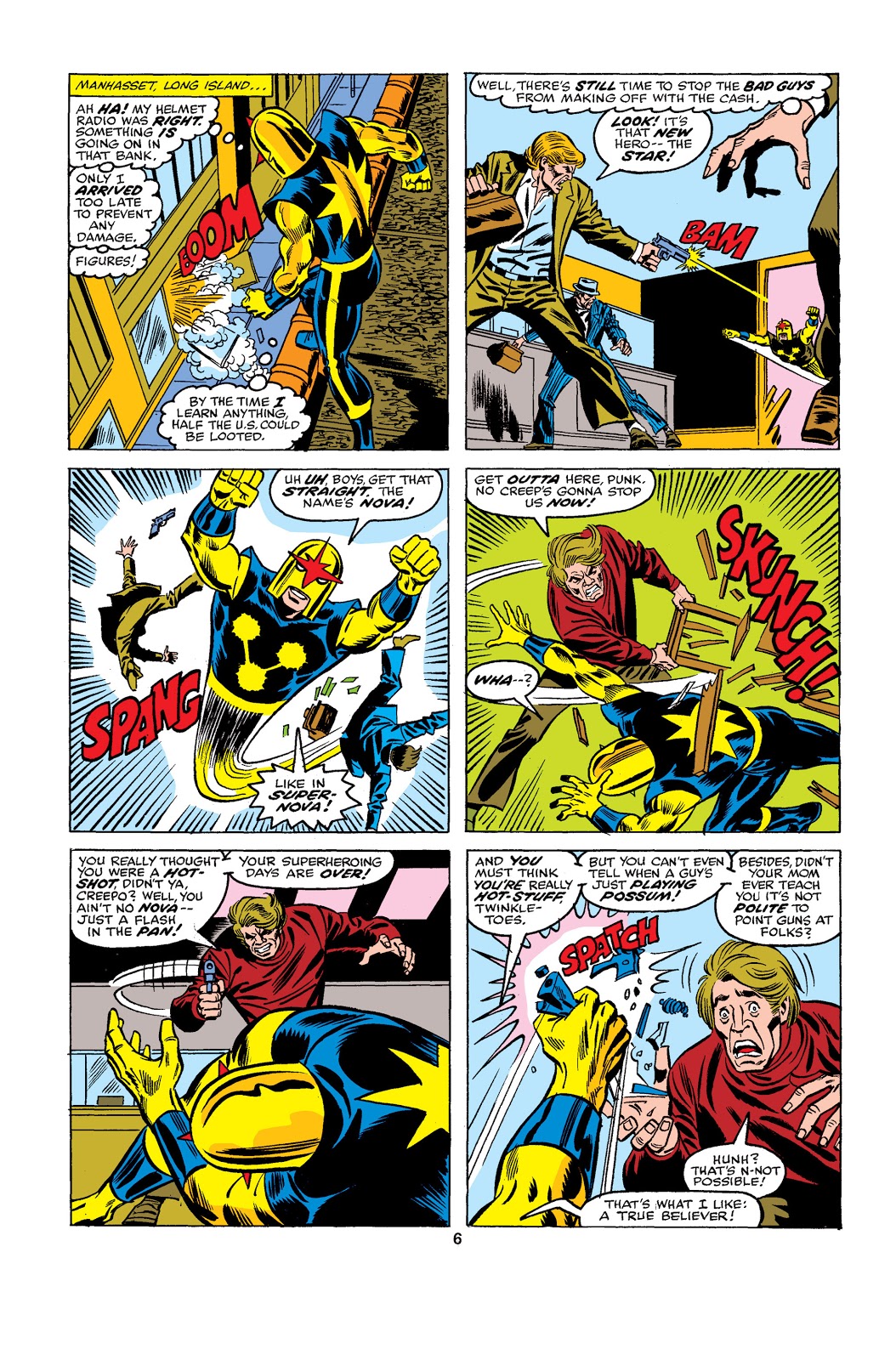 When Marvel launched Nova in autumn 1976 it was as part of a drive to re-establish their core strength. They’d been successful with diversification during the early 1970s, but it seems incredible to consider their only long running superhero introduced between 1964 and 1975 was Luke Cage. Alongside Ms Marvel, Nova followed the revived X-Men, and the Invaders, and was more traditional, contrived to be a blockbuster. It didn’t quite work that way.

Richard Rider isn’t the wimp that the early Peter Parker was, but Marv Wolfman otherwise applies the template of the put-upon high school kid wondering how it is he has super powers and what to do with them. For the super powers aspect Wolfman twists the origin of the 1950s Green Lantern, the powers transmitted across the galaxy by a dying humanoid alien, not revealing immediately that Nova is one of hundreds of protectors with similar powers. It’s around halfway through that Nova begins to discover his power set has bigger associations, but that’s not really explored until Nova Classic Vol. 3.

Artistically, Nova still looks very sharp to begin with under John Buscema and Joe Sinnott, their pages oozing class and a refined classicism. Most of the remainder, however is by Sal Buscema, who doesn’t always put in as much effort, although his splash pages are appealingly composed.

Wolfman deserves credit for not trying to piggyback Nova on already popular superheroes. Only Thor from Marvel’s first rank appears in the opening eleven chapters, and by the time the collection closes with a Spider-Man team-up, Nova has been established. That, by the way, is a neat murder mystery. The only villain not created for Nova is Tyrannus. In the 1970s Wolfman excelled at conceiving disturbing villains, the best of them here being the creepy Megaman, who lacks a face, has a bizarre origin and a tragic fate. Before him we’ve met the Condor, who’s just an updated Vulture, but his companion Powerhouse, a frightened energy-draining teenager is unusual. The crystalline Diamondhead makes for a great thug, and brooding would-be world conqueror the Sphinx has all of Doctor Doom’s confidence and pomposity.

There may not be anything very original about the first incarnation of Nova himself, but Wolfman surrounds him with enough that is novel. To this point his adventures are still fun if you can overlook the multiple thought balloons so common in the 1970s, and villains constantly explaining themselves. Nova makes mistakes, the fallibility rendering him sympathetic, and Wolfman’s handling of Rider’s civilian life moves the Spider-Man template on slightly. He has a wider circle of friends, a younger brother who’s constantly inventing ineptly is a nice touch, and Wolfman doesn’t just settle for a school bully without explaining him. Novelties such as Nova turning up at the Marvel offices are the icing on the cake.

If preferred, the entire content is also available in black and white on pulp paper in Essential Nova, which also gathers the remainder of Nova’s 1970s series. Nova Classic Vol. 2 has less Nova and more guest appearances. 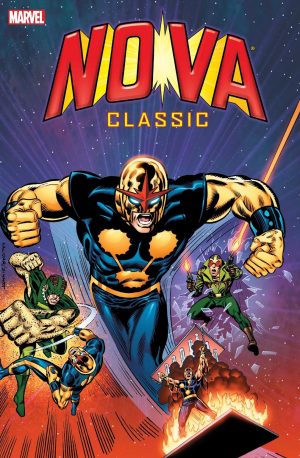 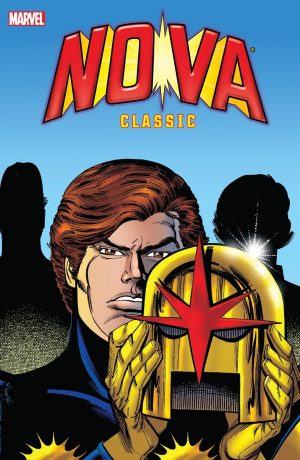