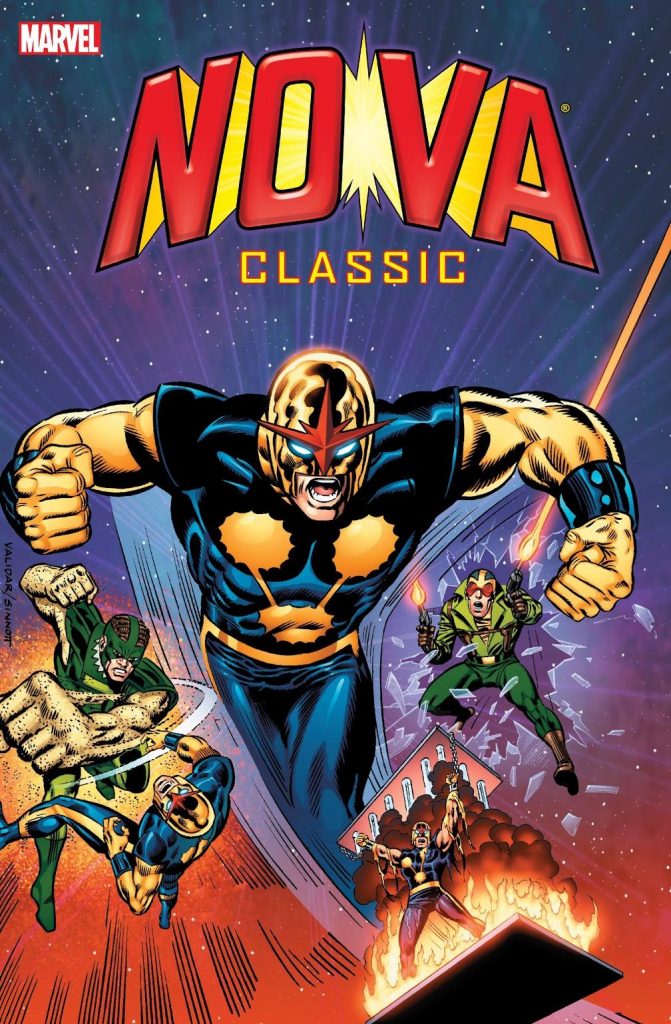 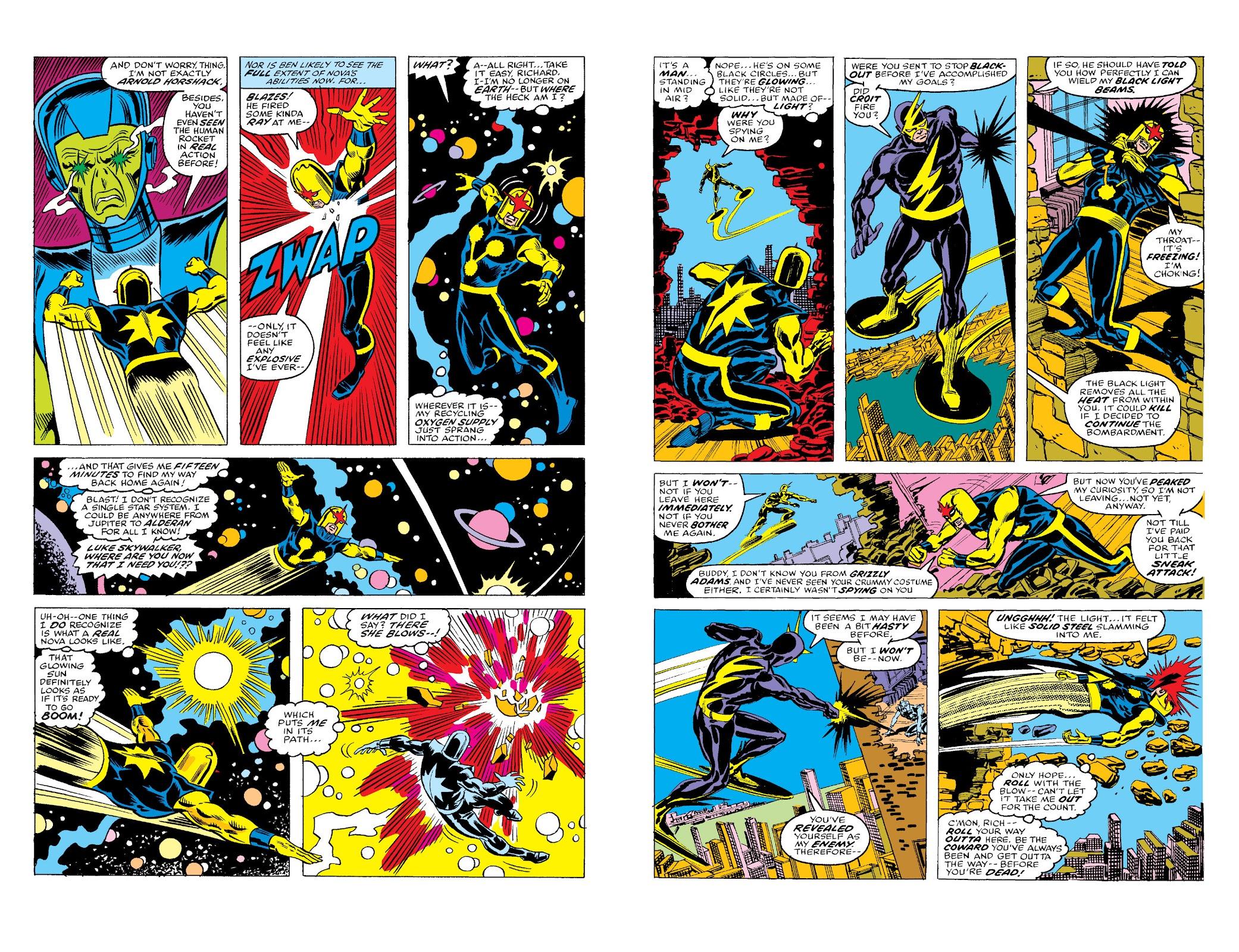 The first tranche of Nova adventures in Nova Classic Vol. 1 ended with Nova besting the Sphinx, his most formidable foe, and before dealing with him also making light work of enemies he’d previously fought, allied under the Sphinx. It was his coming of age as a superhero. However, in superhero serials the next would-be world ruler is only ever a couple of chapters away, but they’d now face a crimefighter far more confident with their abilities.

Roughly two-thirds of Nova Classic Vol. 2 consists of Nova comics from the late 1970s written by series creator Marv Wolfman, and he’s settled into a fair groove. There’s an ambition in the opening story setting stock villain the Sandman against Nova, but actually being the start of a six chapter serial constantly escalating the threat, and involving Nova working for Nick Fury and S.H.I.E.L.D. Wolfman originates a nice scene where Fury casually drops in that with S.H.I.E.L.D. resources figuring out Richard Rider is Nova was no great strain. It’s been much repeated in the years since with other heroes. The subplots concerning Rider’s family and friends are nicely worked in, but Wolfman drags the story on artificially to meet the six chapters. These start being drawn by Sal Buscema, but continue under the far more stylised, but interesting combination of Carmine Infantino inked by Tom Palmer, offering a kinetic freshness.

The introduction of another neat new villain in Blackout ends Nova’s own continuity until Nova Classic Vol. 3, with the remainder of this collection being Nova’s appearances in other series from the late 1970s. He’s just one of the many heroes flooding toward the Defenders after an associate runs a TV ad recruiting new members. It’s a catalogue of late 1970s Marvel obscurities like Captain Ultra, Tagak and the Torpedo, which has its attractions, but having had the idea of too many Defenders, writer David Anthony Kraft struggles to give all participants a meaningful role and stretches the whimsy too far over three and a bit chapters. Even the usually reliable Sal Buscema struggles with squashing the sheer amount of costumes into the panels, and that’s before two dozen villains are also introduced.

1978’s Fantastic Four and Marvel Two-in-One annuals complete this selection, Wolfman writing both. The first is a strange inclusion, only featuring Nova in flashback, but included on the basis of the main villain being Nova’s foe the Sphinx, who has a large role to play in Vol. 3. It’s not Wolfman’s finest hour, a very ordinary superhero piece lacking in inspiration. The following team-up with the Thing is an improvement, introducing an alien race who’ve reached Earth whose business is the destruction of planets, and a couple of women desperate to stop them. It’s derivative, but enjoyable even if Wolfman admits to a weak ending in-script.

This doesn’t quite match Nova Classic Vol. 1. As with all collections of decades old material, it’s squarely aimed at bringing back fond memories for anyone who enjoyed the stories as youngsters, but is unlikely to appeal greatly to anyone else. As an alternative, all bar the Defenders story is also available in Essential Nova, but in black and white.