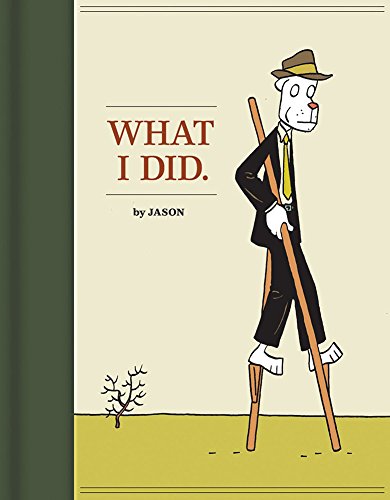 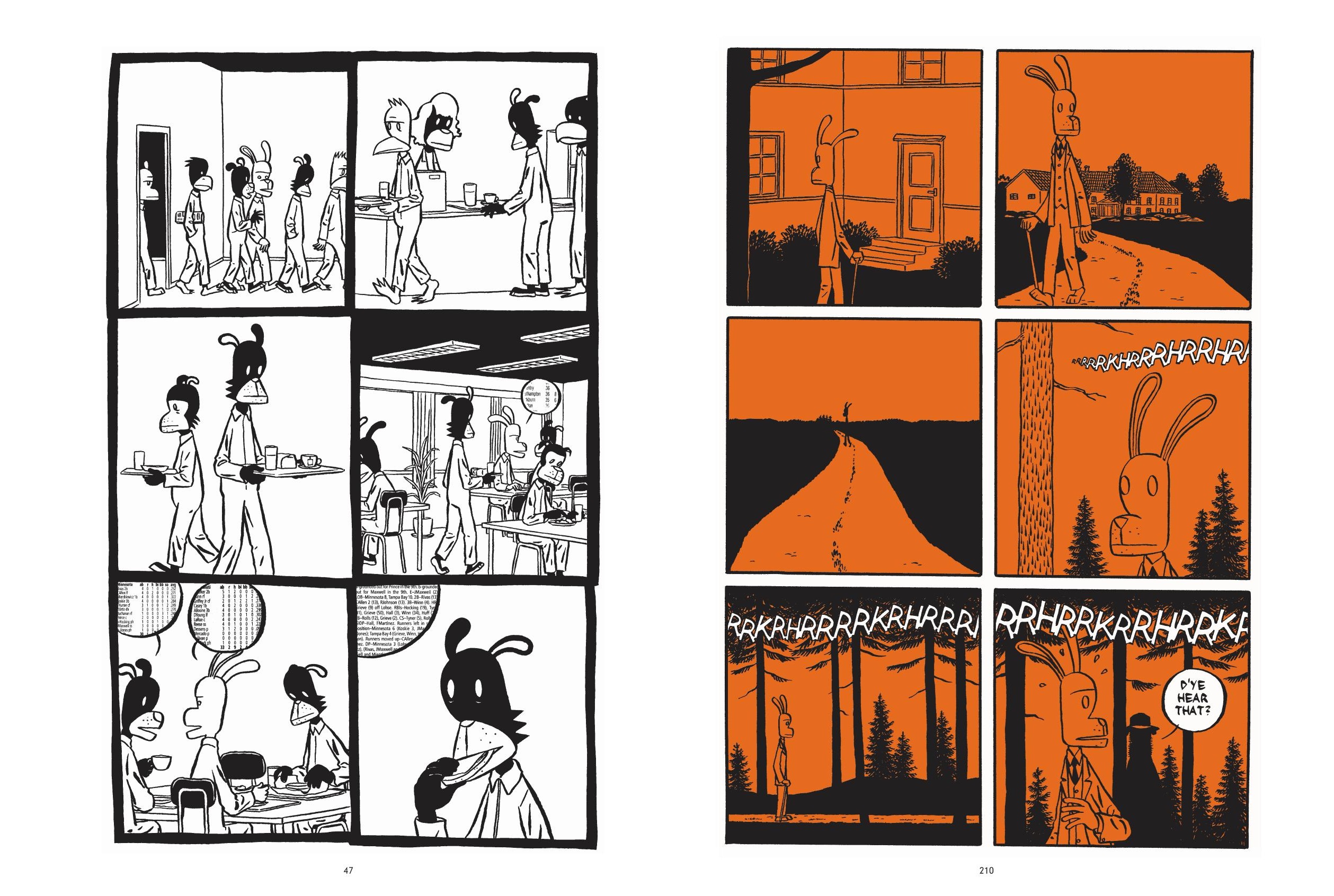 In one respect were you to pick up this gathering of three graphic novels by the prolific Norwegian cartoonist Jason (alias John Arne Sæterøy) you’d be left with the impression that he typifies the Scandinavian artistic miserablists in comic form, and that would be wrong. Yes, What I Did concentrates on his glum and melancholy side, but he’s a restless creative spirit who constantly challenges himself by slotting his output into different genres, and this collection showcases that.

Were it not for the anthropomorphic characters populating what was originally published as Hey, Wait… it could be recast as a tragedy novella. Half the book is occupied by two childhood friends enjoying life, presented in a series of one page vignettes, some touching, some funny, some whimsical – watch out for that pterodactyl! There’s an abrupt switch of mood at the halfway point, which moves forward 25 years, but continues to tell the story in one page segments. This section is as bleak as the earlier portion was joyful, and examines a life changed by a single incident. It’s a remarkable concept, and an assured extrapolation of it.

Sshhh! also looks at variations on a life, but in far more whimsical fashion, featuring a stone-faced protagonist in ten stories of varying lengths whose only other constancy is a glum conclusion. There’s an appealing circularity to the stories, but in between our man is put through the wringer as Jason follows one imaginative scenario with another. It’s Jason’s strangest graphic novel, a miasma of changing circumstance and unfortunate occurrence, the mood switching from comedy to tragedy.

The Iron Wagon is unique among Jason’s productions in being an adaptation, and atypical as transferring Stein Riverton’s prose to graphic novel form requires the novelty of using words. Lots of them. It’s a densely packed book, and the combined word count on any single page exceeds Jason’s usual total for an entire book. In other ways, however, the story slots comfortably into Jason’s oeuvre, having a formality, a period setting and tragic circumstances. A writer and a detective settle into a conversational relationship in a remote Norwegian area where there’s a legend that an iron chariot can be heard squealing through the countryside when someone is on the verge of death. It’s character rich, and would have been an excellent plot when first published in 1909. Unfortunately, the whodunnit aspect has been used by several other authors since, most famously Agatha Christie, and will no longer shock as many readers. Jason’s treatment is nevertheless engaging, and his standard anthropomorphic cast slot well into a world of Edwardian formality.

There’s not been a Jason graphic novel published to date that’s not worth your time. Whatever type of story he’s telling, his is a unique vision and this tidy hardcover collection is value for money. An accompanying collection, Almost Silent offers a lighter mood.