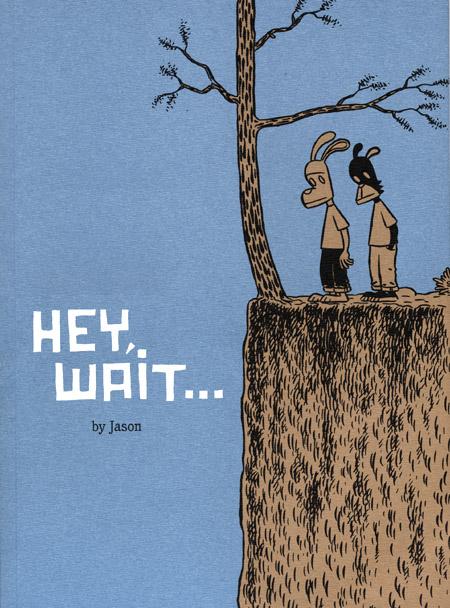 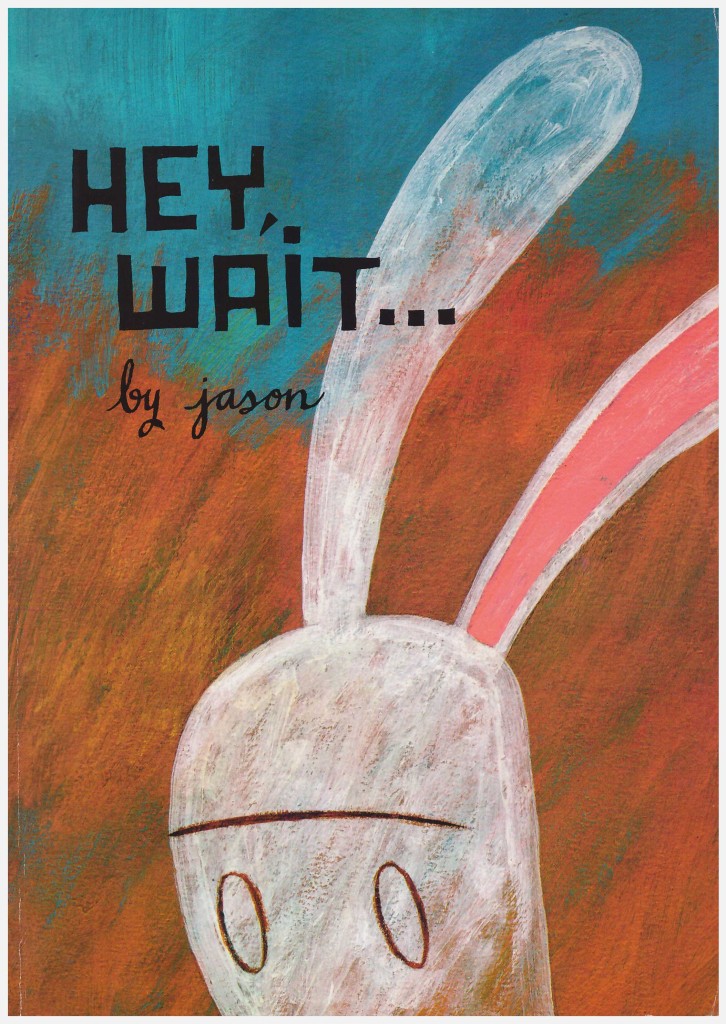 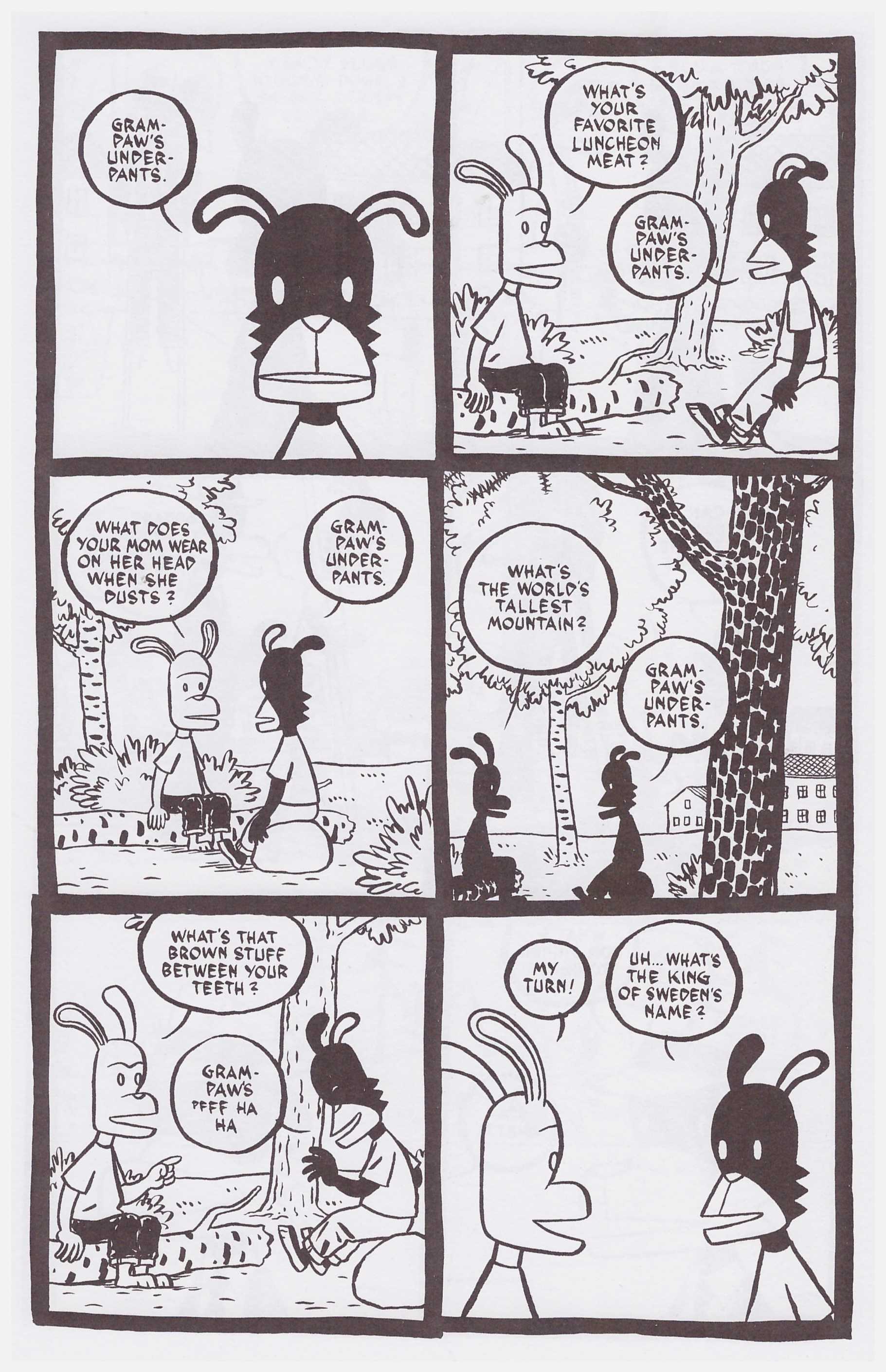 In 2001 this was the first English language publication of Jason‘s work after a career extending back over a decade in Norway. Yet with his strange, passive anthropomorphic characters now familiar, although arguably not as well-known as they merit, it remains a strange and shocking work, and one that earned a Harvey Award for Best New Talent.

The opening half follows two young friends, Bjorn and Jon, through their idyllic childhood days, playing silly games, taking those first tentative steps toward engaging with girls, and discovering the world around them. This is presented in a succession of one page sequences ranging from the humorous to the mundane. Jason, though, adds spice by a succession of surreal occurrences further separating this world from ours. A pterodactyl makes off with the boys’ kite, adults head off to work not in vehicles, but on stilts, and when a random doorbell is rung it’s the monster from the lost lagoon that answers.

The summer idyll ends abruptly, though, and we move to part two. It’s now roughly 25 years later, and this portion is as bleak as the previous was optimistic. Jon is in a dead end job, is separated from his wife and son, and lives a life of emotional and literal isolation and frustration. Also experienced in one page snapshots, Jon has an awareness of how his life could continue, yet seems ill-inclined to halt the slide.

For all the passivity of the illustration, there’s a passionate undercurrent to Hey, Wait, and its examination of how a single incident can determine a life. Childhood is idealised, while many adults are represented in stages of decay, yet, oddly, this hasn’t yet affected Jon despite his unhealthy lifestyle.

Anyone who likes their stories neatly tied with a bow is going to be disappointed with the ending, which offers a form of redemption, but in oblique fashion open to interpretation. Are we to take all aspects literally? This, though, doesn’t undermine a powerful meditation on life’s inevitabilities still worth reading today.

It should be mentioned that the book’s original cover with its simple, sketched half-face and background did Jason no favours. It wasn’t attention-grabbing and failed to represent the content except in the most abstract sense, conveying sadness and isolation. Hey, Wait is now collected with two other Jason books as What I Did.