We Stand On Guard 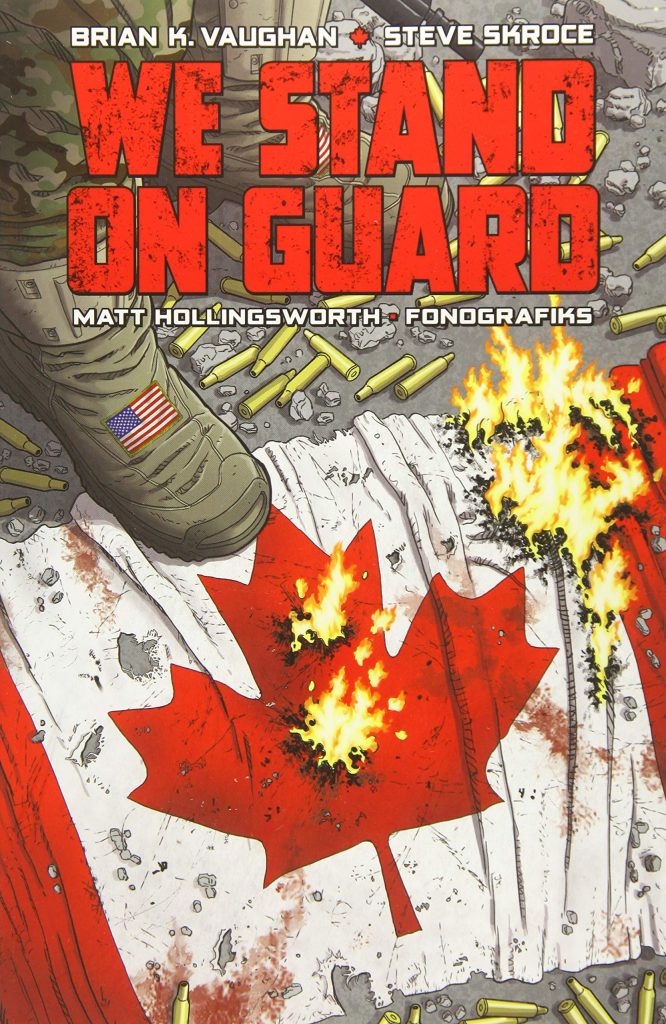 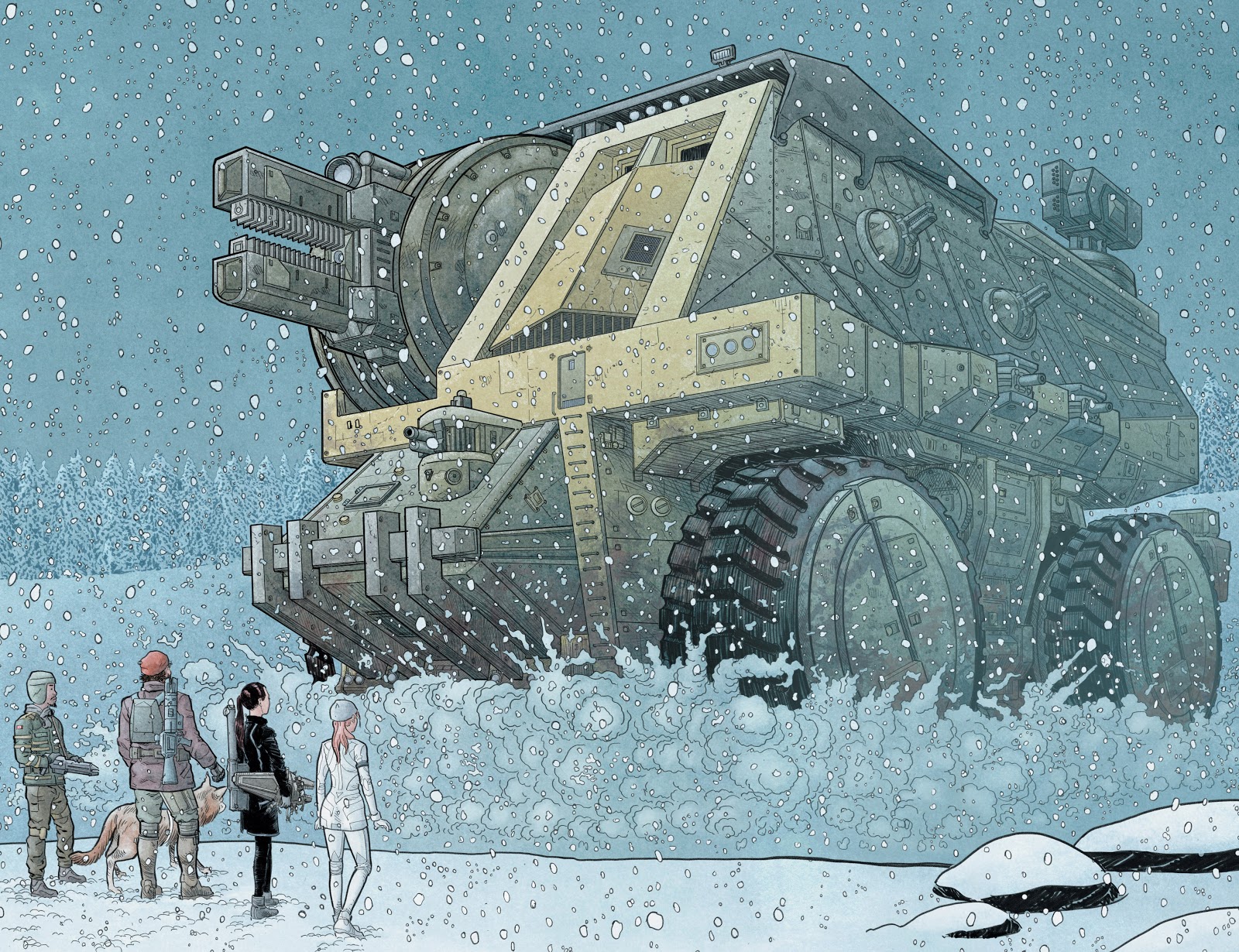 It’s a rare Brian K. Vaughan project that lacks a solid hook, and We Stand On Guard takes as it’s starting point the idea of the US invading Canada. The pretext concerns harbouring fugitives, but the real reason is controlling a country hosting 20% of the world’s fresh water. It begins in 2112, and a dozen years later we see what happened to Amber, the child who survives the opening pages.

Like all wars the USA has fought since 1945, Vaughan’s scenario has them go in gung-ho and heavy handed before becoming bogged down in unfamiliar conditions and targets for local guerilla operatives. The technology may have improved, but the song remains the same, and while We Stand On Guard takes place over a century in the future, it’s not difficult to draw parallels with the recent past. Vaughan’s focus is a small resistance cell of around half a dozen native Canadians operating from the far North, where the ice and snow make further American progress difficult, and their particular circumstances are enveloped in the core strengths of any Vaughan project. He defines his cast well, has them act consistently and builds his chapters to cliffhanger endings.

Artist Steve Skroce has come a long way since his 1990s superhero work. He’s spent the intervening years as a storyboard artist, and strong storytelling and page design is a hallmark. He’s also good at character design, everyone seen here looking very different, and obviously enjoyed creating the futuristic vehicles featured throughout.

For all that, We Stand On Guard never really transcends its action thriller limitations. It didn’t need to be continued beyond this one volume and superior creators provide a better than usual action thriller, but it’s destined to be the project Vaughan’s fans will struggle to remember. 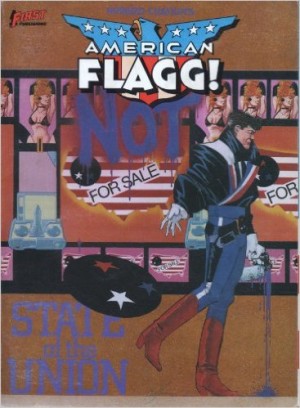