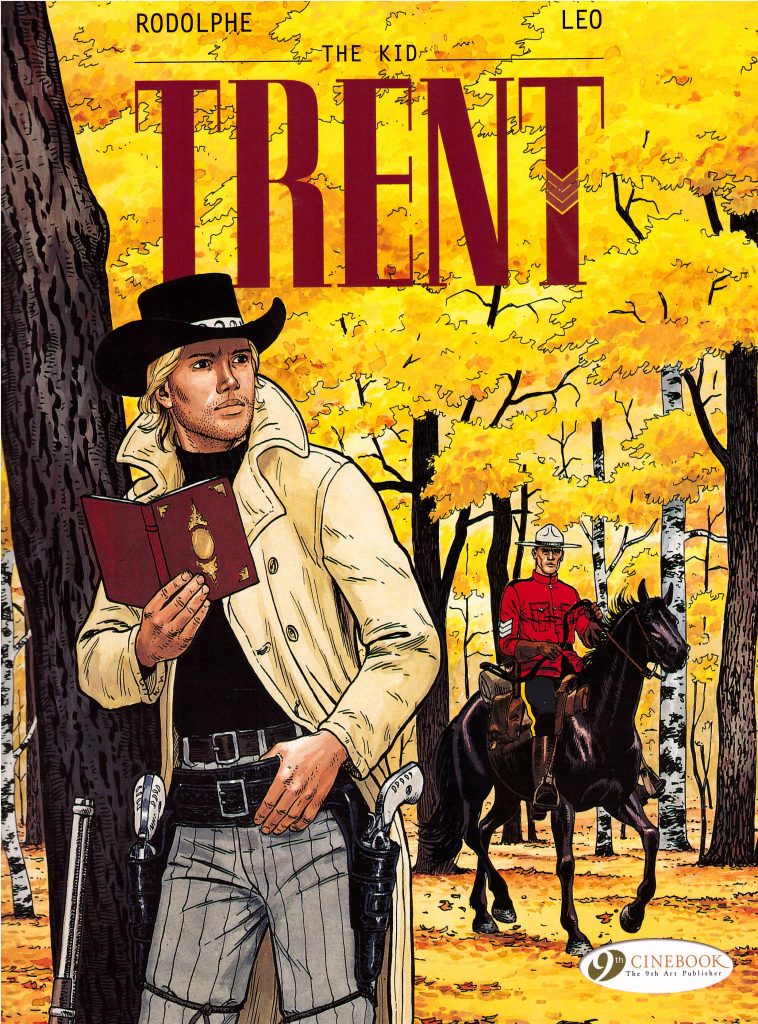 Rodlphe and Leo’s 1990s twist on a Western series continues with another strange plot that avoids expectation. In one sense the creators are moving into more traditional Western territory, what with a deadshot murderer travelling into Canada from Dakota, but the Kid of the title is a complex individual far removed from the usual ignorant killer. At sixteen he quotes Arthur Rimbaud’s poetry at length, to the extent of engraving lines on houses, and after a bank robbery gone wrong he burns the cash. As we saw in The Dead Man, Trent has his own ghosts that he’s never dealt with, and the pair make for a strange contrast, with Rodolphe hinting there’s more common ground than separation.

Despite early appearances, it’s Emile Tourneur and Trent who occupy most of the book, each slightly puzzled by the other and their attitudes. Rodophe takes time to build a picture, with Trent gradually becoming more fascinated by Tourneur without ever having met him, finding Rimbaud’s tortured musings swilling around his mind without understanding what the phrases mean. There were hints of Trent’s past in The Dead Man, reinforced here, but the fatalistic mood of the series ensures there are no easy answers about Tourneur. We get what we see, but little else.

The successful establishment of mood is very much down to Leo’s excellent art. At times accentuating the beauty of nature as he so often does in other series, he’s also very strong on character design and expressive faces. As The Kid runs its course, we meet several Western archetypes, but Leo’s personalities are so well crafted they transcend what we’re used to. The Kid in a Western is an often exploited figure, but Leo’s version is disturbingly off-kilter, very rarely drawn with anything other than a wide-eyed look, and with the beauty of a young Jon Voight.

Because it’s well drawn, well written, defies convention and develops a beguiling atmosphere, Trent is already a series to look forward to, and Cinebook appear to have committed to presenting all eight volumes in English, which is very welcome. When the Lamps are Lit is next.