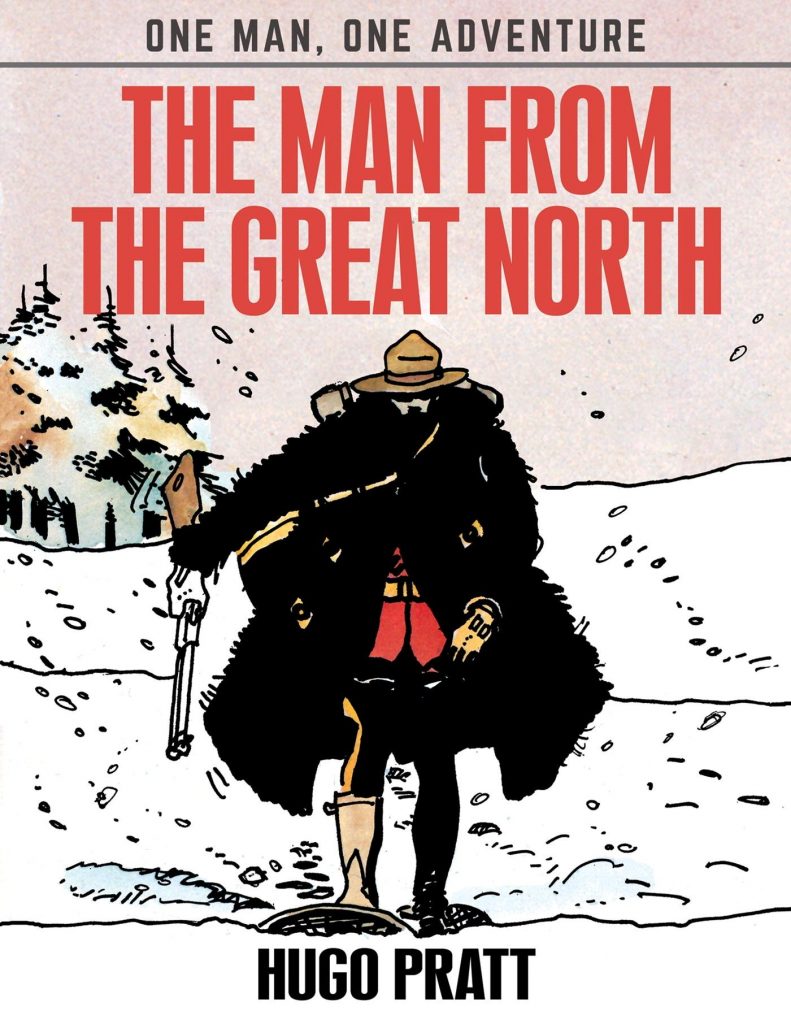 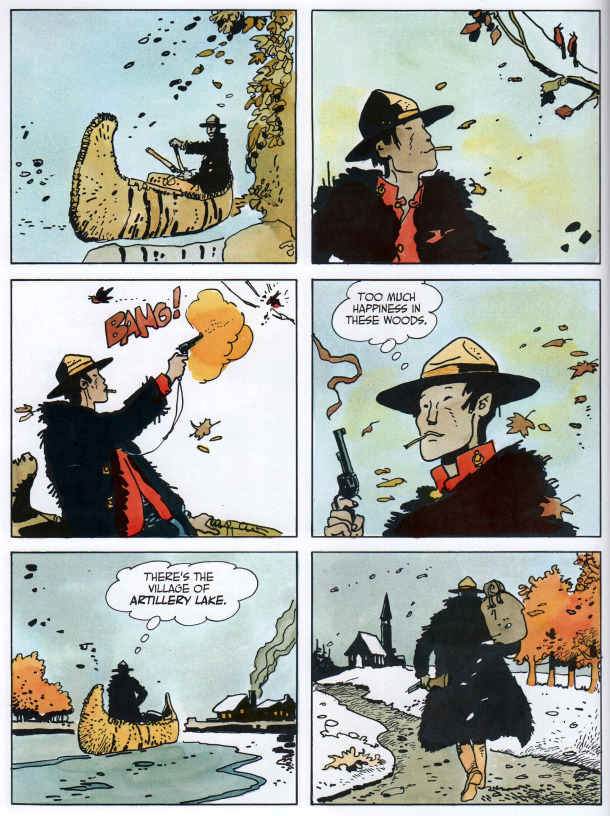 Hugo Pratt is rightly revered as one of the world’s greatest ever comic creators, his stripped back art hugely admired, and his stories enigmatic adventures in bygone eras. The Man From the Great North falls squarely into that category.

As explained in the informative introduction, the original story was commissioned for a respected Italian anthology series whose title translates as One Man, One Adventure. Pratt delivered the wanderings of the enigmatic Jesuit Joe, who travels across the wilds of Canada wearing a Mountie’s uniform found in a cabin. He’s on a quest, he’s being chased, and he’s not averse to killing people as he continues his mission. The original story provided few answers and an open ending, but Pratt was eventually persuaded to begin a sequel. He completed seventeen pages (and laid out two more), but they explain his first tale’s conclusion. In 1990 he collaborated on a film version of Joe’s story, and as the sparse plot required extra scenes, Pratt provided them in sketched storyboard form. European editions subsequently inserted these sequences between the fully rendered pages of the original story, and that’s the version EuroComics have translated.

It could be viewed as a form of movie director’s cut, restoring footage originally excised for commercial release, but the result is a strange, hybrid graphic novel. The original pages present a powerful paean to some wild and dangerous country, focusing on a wild and dangerous man with seemingly little motivation for his killing spree. We meet Joe, and follow him for a brief period to an ending that’s open to interpretation. Pratt doesn’t deal in narrative captions or thought balloons, so dialogue is all we have. When he’s asked to explain one aspect of his recent path Joe claims not to know why he acted as he did, and that’s a good enough explanation for the remainder. We take Joe as he’s presented and have to accept that.

A desire for completeness is understandable, and Pratt’s storyboard sequences reveal motivation for Joe that would otherwise be consigned to speculation, but they also gnaw at the precision and purity of the original story. That’s apart from the jarring transition between Pratt’s finished pages and his sketches. Most importantly the focus of the original version was entirely on Joe, which isn’t the case for all the additional scenes. Of those eighteen pages only a nice introductory sequence, and, if you’re so inclined, the explanation, provide any real value. The remainder is padding that may or may not work better on film. Likewise, as presented, the pages completed for a sequel may provide answers, but lacking any other context they add little of value beyond the wonder of Pratt’s art.

Of course, the original story is still present, and the advice would be to read that first (the added pages are distinguished by a cream border for those unable to differentiate the artistic approaches) before reading the revised version. Make up your own mind which is better. Just in case there’s any doubt in your mind, it’s the original version! 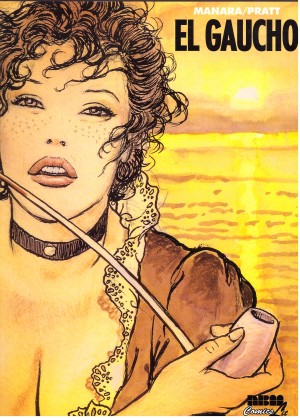