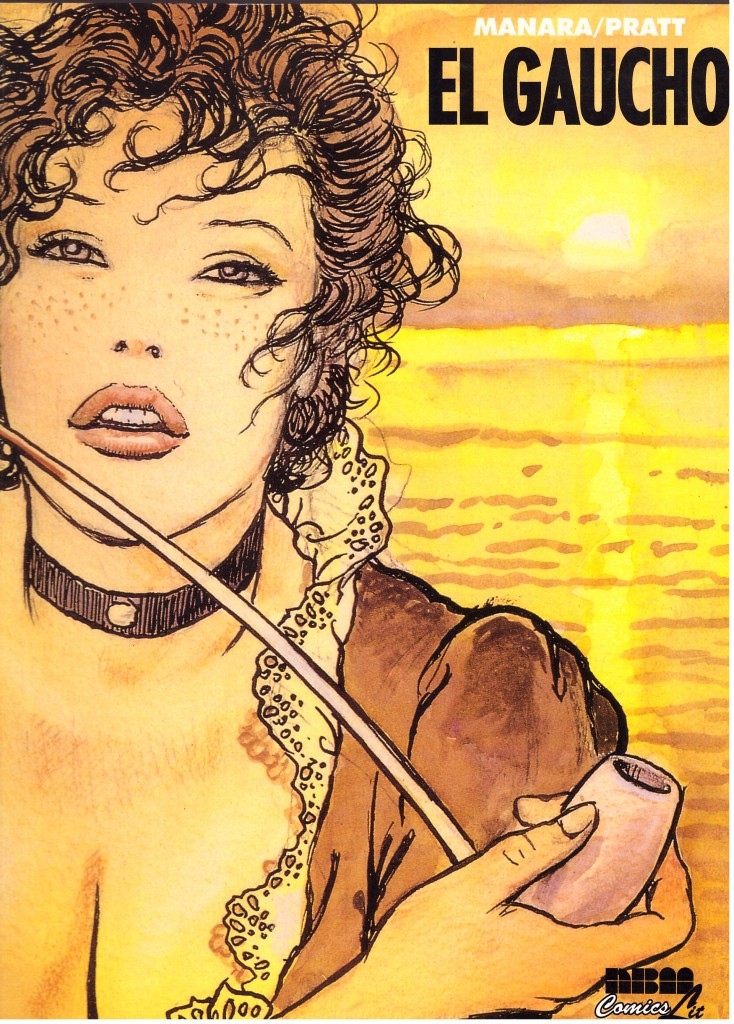 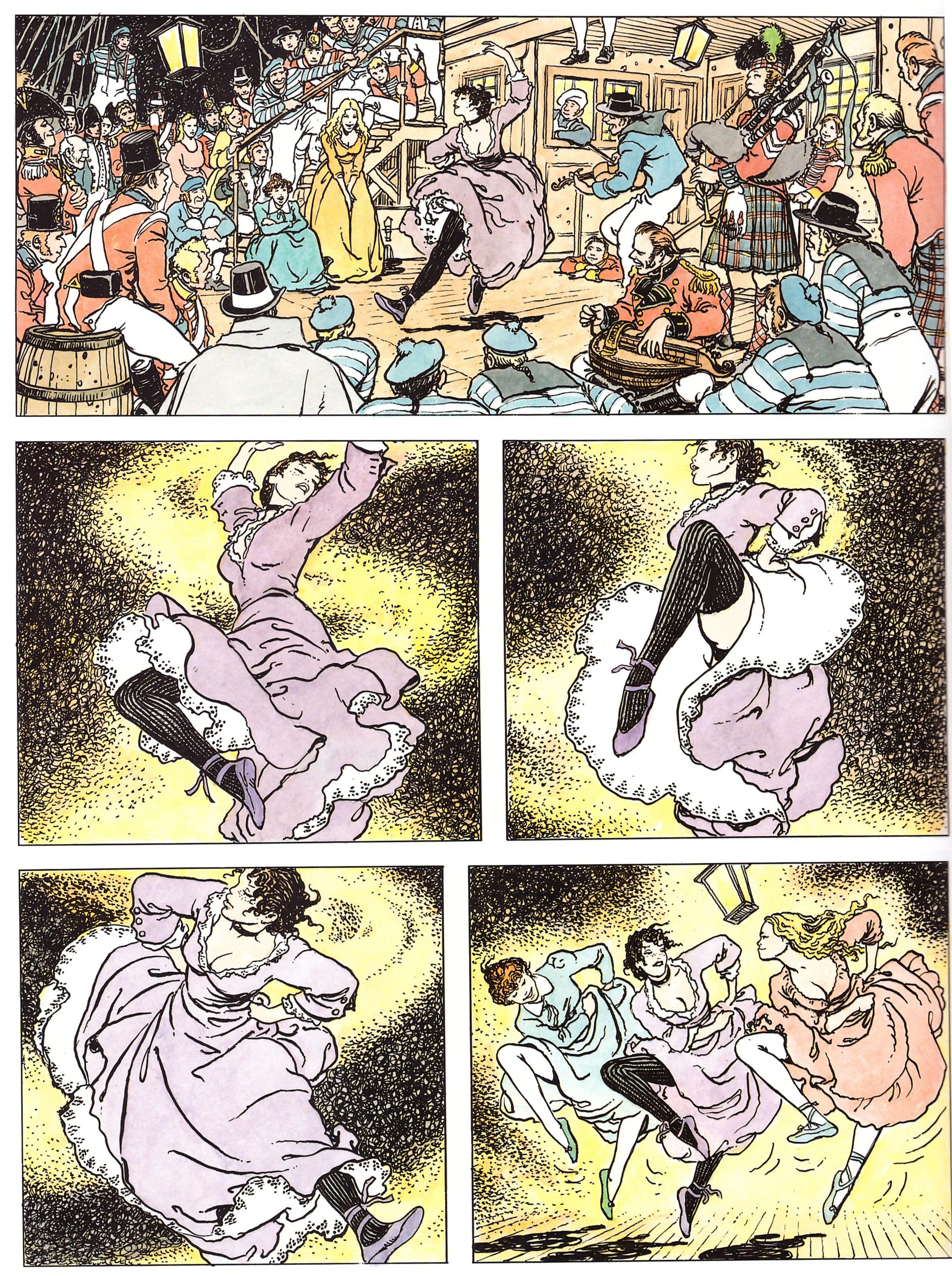 This second collaboration between Hugo Pratt and Milo Manara is a far more complex, and ultimately less satisfying tale than their previous Indian Summer. This is despite exploring similar themes of colonialism, rape and slavery. Tom Browne is first seen 84 years after the events he relates, settling into his story after he arrived in Buenos Aires aboard a British vessel in 1806. The insatiable British appetite for colonisation has led them there in the belief they can exploit tensions to acquire more territory. This is complicated by the high ranking officers all being members of Masonic lodges, with some overseas lodges having different ideas about how spoils ought to be divided.

Below the officers’ ranks, however, the idea of sacrificing life to perpetuate the British Empire is a concept with lesser appeal, and beyond the opening sequence it’s the ordinary people who are the focus of Pratt’s plot. As with his Corto Maltese series, mood is paramount as El Gaucho simmers throughout on the periphery of violence, with the occasional eruption, but for all the adventure it’s a meandering script that displays Pratt’s love of historical research more than his usually accomplished storytelling. Too much background information imparted over pages at a time is of little consequence to events as they unfold, the complexity of Masonic differences being one example, and characters drift in and out of events, often with little purpose. The introductory sequence is an indulgence only displaying how events concluded, and the story peters out rather than ends.

Within that, though, are the touches that mark Pratt as an excellent writer. His character interaction is credible and intriguing, and there’s a depth that belies the circumstances. Several pivotal scenes don’t appear so at first, so well are they incorporated, and he trusts Manara to convey the emotional subtlety needed in places.

Manara’s art is stunning. It seems he supplies every complicated line of rigging on the 19th century ships, yet his landscapes are beautiful and the cast have a sense of life and movement to them. He doesn’t shy from illustrating a regiment of the Scottish light infantry, the historical accuracy impeccable. There is sexually explicit content. It could be said that the plot is contrived to include it, and as he does in his own work, Manara revels in it, creating a bawdy and vibrant Molly Malone.

By anyone else’s standards El Gaucho is a decent historical adventure, but compared with Pratt’s work elsewhere it’s lacking. A further contributory factor was beyond the control of the creators. A sloppy translation, providing stiff and formal dialogue that’s often literal (“My mother’s father” rather than “Grandfather”), can occasionally puzzle from panel to panel. This, though, has been rectified within volume two of Dark Horse’s Manara Library which features a more considered translation. The downside of that book is a slight loss of artistic detail compared with this. For those who can afford it, however, that hardcover is a more desirable purchase due to also gathering well over a hundred pages of Manara comics never previously available in English.