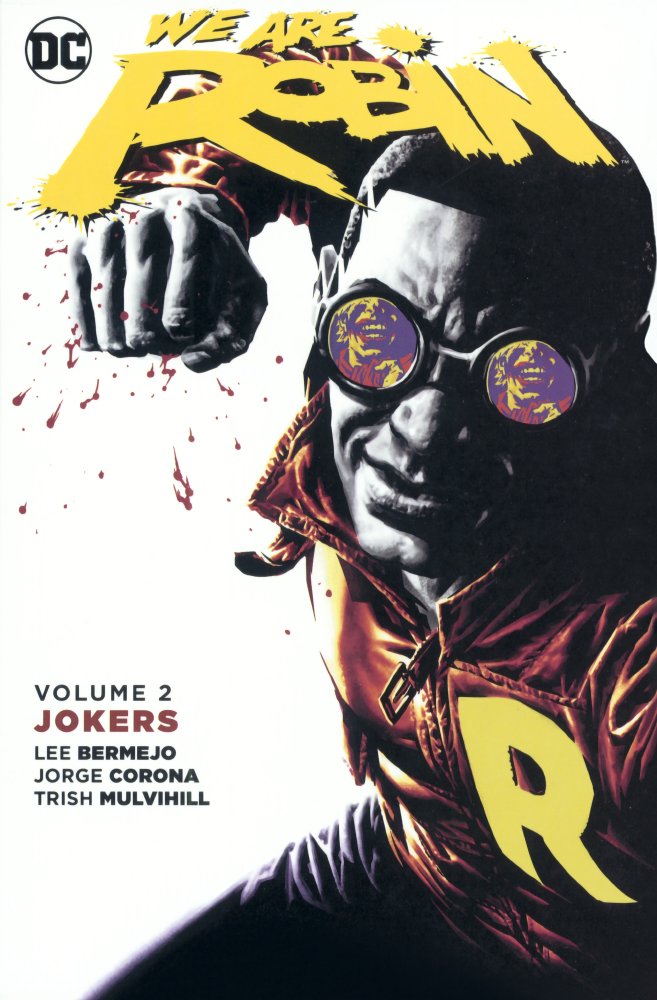 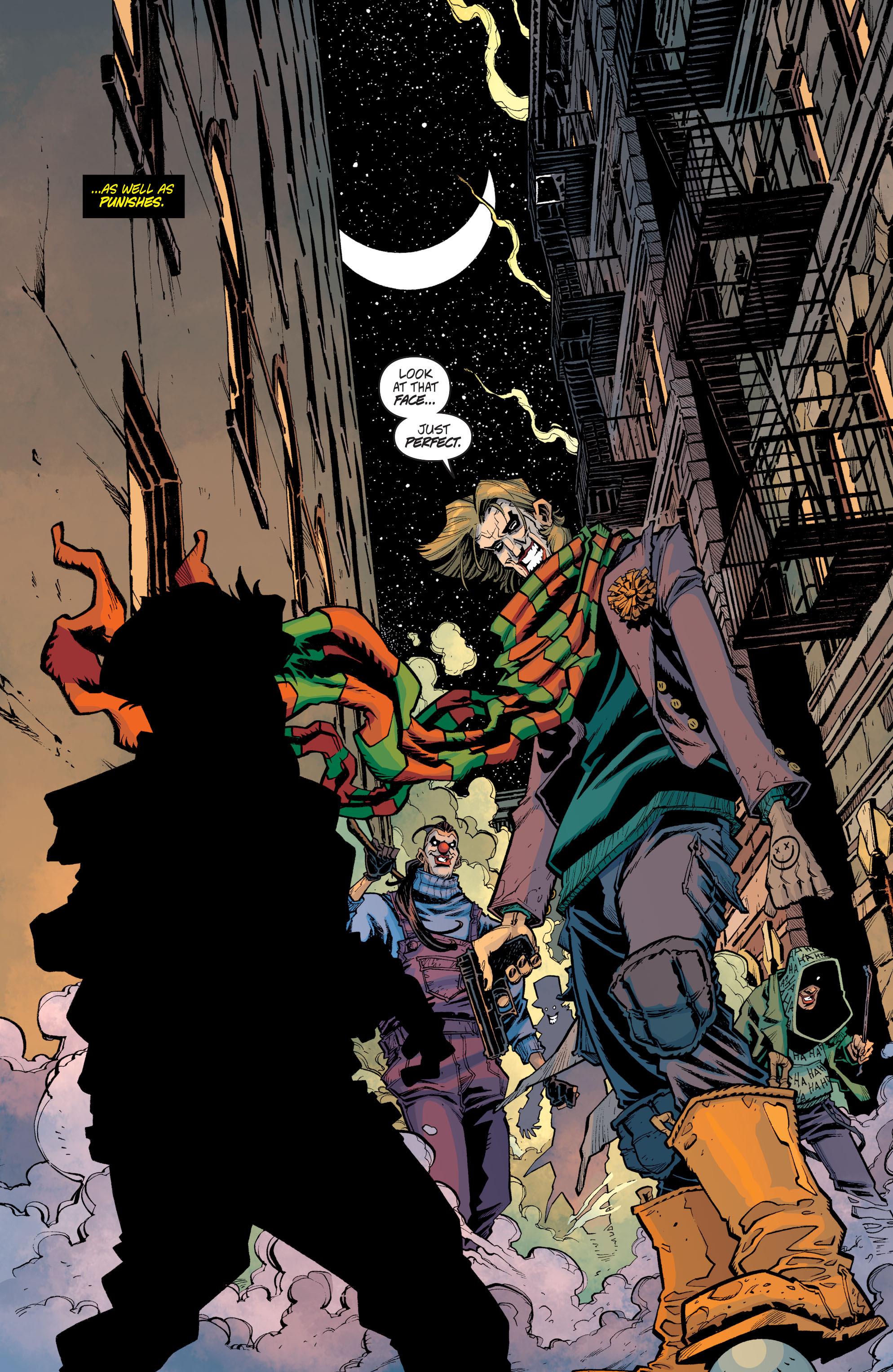 An interesting comparison lies at the heart of the title story, contrasting the Robins who unite to make the streets of Gotham safer with the Jokers, whose purpose is random and often fatal violence as a form of entertainment. They’re equally disenchanted teens channelling their anger into crime. That however, is undermined by some plotting that falls below the credibility threshold. The chief antagonist calls himself Smiley, is Joker-obsessed, and Lee Bermejo supplies believable, if over-egged, reasons for his resentment. We’re dealing with pseudo-reality here, so consider how likely it would be he’d gather a gang formed from the muggers who’d targeted him by battering one of them and convincing the remainder that life’s true thrills are experienced by random killings. It doesn’t ring at all true even for the hyper-exaggeration of superheroes. The second problem is that Bermejo never manages to have Smiley overcome his influence, as he never transcends his role as a substitute.

Bermejo is more successful with his continued dips into the lives of those who would be Robin, establishing the problems from which their crime-fighting largesse provides a very welcome safety valve release. The text messages as narrative captions were a novel narrative device  introduced in The Vigilante Business, and the bulk of the book is again illustrated in Jorge Corona’s nice loose style, with Rob Haynes providing the breakdowns.

For all the plot problems, the conclusion to ‘Jokers’ is terrifying. The ideology is irrelevant as Bermejo presents a school shooting scenario and the team of Haynes and Corona come into their own supplying the fear and chaos. Furthermore, by this point pretty well all the cast are expendable as Jokers is the final book of what’s a failed series.

The title story is bookended by two single chapter pieces, both good, although the first has puzzling elements as it’s but one chapter of a larger story crossing into several titles set in Gotham. Carmine Di Giandomenico’s art is nice. Social problems have run through both volumes, with Bermejo constructing the cast from teens all having family problems, and this comes into focus in the closing chapter as one decides to take the supposedly easy way. It’s a morality play that could easily slip into soap-opera hand-wringing, but is instead satisfyingly resolved.

The series’ premature curtailment means that some introduced themes aren’t fully explored, yet overall the good outweighs the average over two volumes by some considerable distance. There’s a tendency for mainstream superhero fans to always concentrate on the new, but We Are Robin is a concise two volume package providing decent self-contained entertainment.