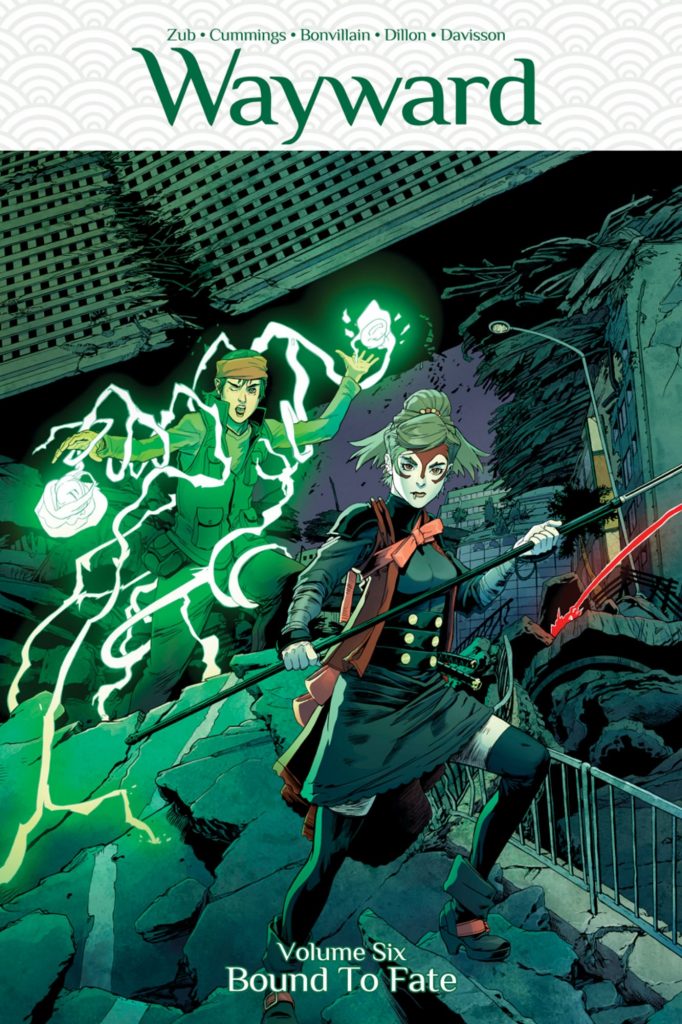 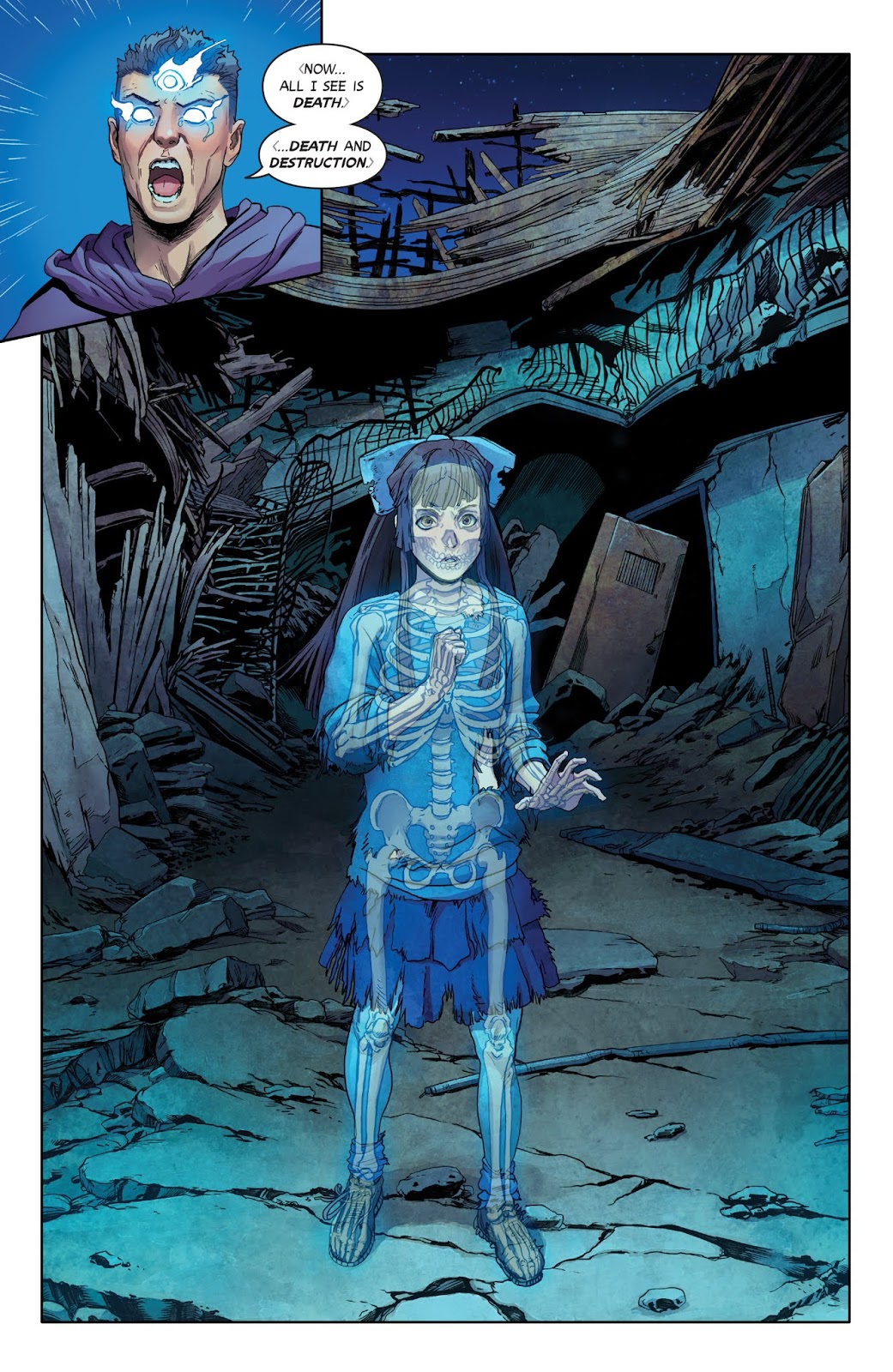 It’s been a steep learning curve for Rori Lane, teenager of mixed Irish and Japanese heritage. When introduced in String Theory she was a relative innocent who’d come to Japan to find her mother. Five books later, her world has been turned upside down. She’s developed a form of super power by drawing on old magic, has an awareness of matters beyond mortal perception, and has discovered just how far she’s been manipulated, up to and including a knife to the guts in the previous Tethered Souls. That left her back in Japan with the teenage allies she’d made, and determined to bring matters to a close.

So is the creative team of Jim Zub and Steve Cummings, admirable in providing a story with a beginning, middle and end over thirty chapters rather than letting Wayward ramble on indefinitely. They start here with the Japanese authorities concerned about what they perceive as a succession of terrorist incidents involving magical powers, enabling the creators to run through the cast and what they can achieve, introducing them to any new readers and reminding those with poor memories. It’s more common for fantasy series to ignore the real world, and so often even when it’s present integration is avoided. Zub positively embraces technology clashing with magic, and it’s invigorating. It’s also a contrast that Cummings provides refreshingly. You’ve not seen a giant demon toppling Tokyo’s skyscrapers like this before, nor the return of the dead in such a fashion. Zub has some imagination, and Cummings matches that visually. The strange creatures seen in Tethered Souls are little more than whimsy, although they have one pivotal purpose, but they allow an amusing and creepy contrast to the carnage, permitting some balance.

What’s also extremely successful is the way the creators infuse Wayward with a generally upbeat atmosphere despite a succession of horrific events. The main cast are united through adversity, generating an us against the world bonding, and when previously it’s seemed very dark, there’s almost always been a way out. When a narrative box reads “My name’s Rori Lane and this right here is the end of my life” it’s possible to read it without a sense of foreboding, as transformation is equally applicable, and has been a cornerstone of the series.

It’s difficult to imagine anyone who’s been captivated by Rori and her chums to this point being disappointed with the series ending, which is nicely matched to the theme of renewal that’s run throughout. Zub’s captions mention new myths waiting to be created, but he’s no idiot, and while this is a near definitive conclusion, there’s the possibility of a return to Wayward’s world in the future. It’s combined with Tethered Souls in hardcover as Wayward Book Three.