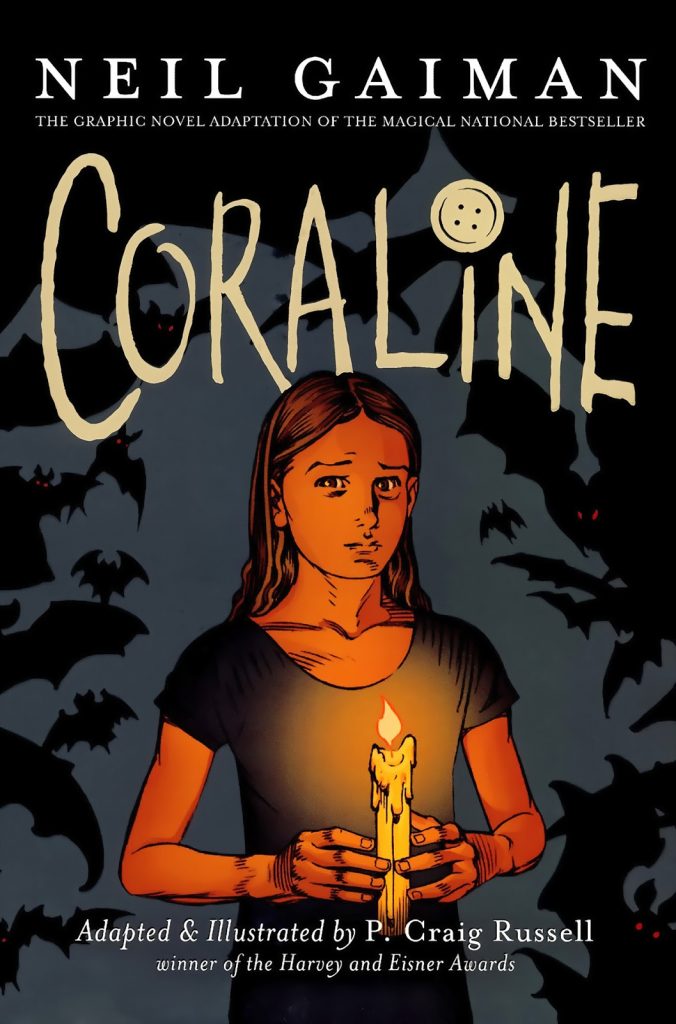 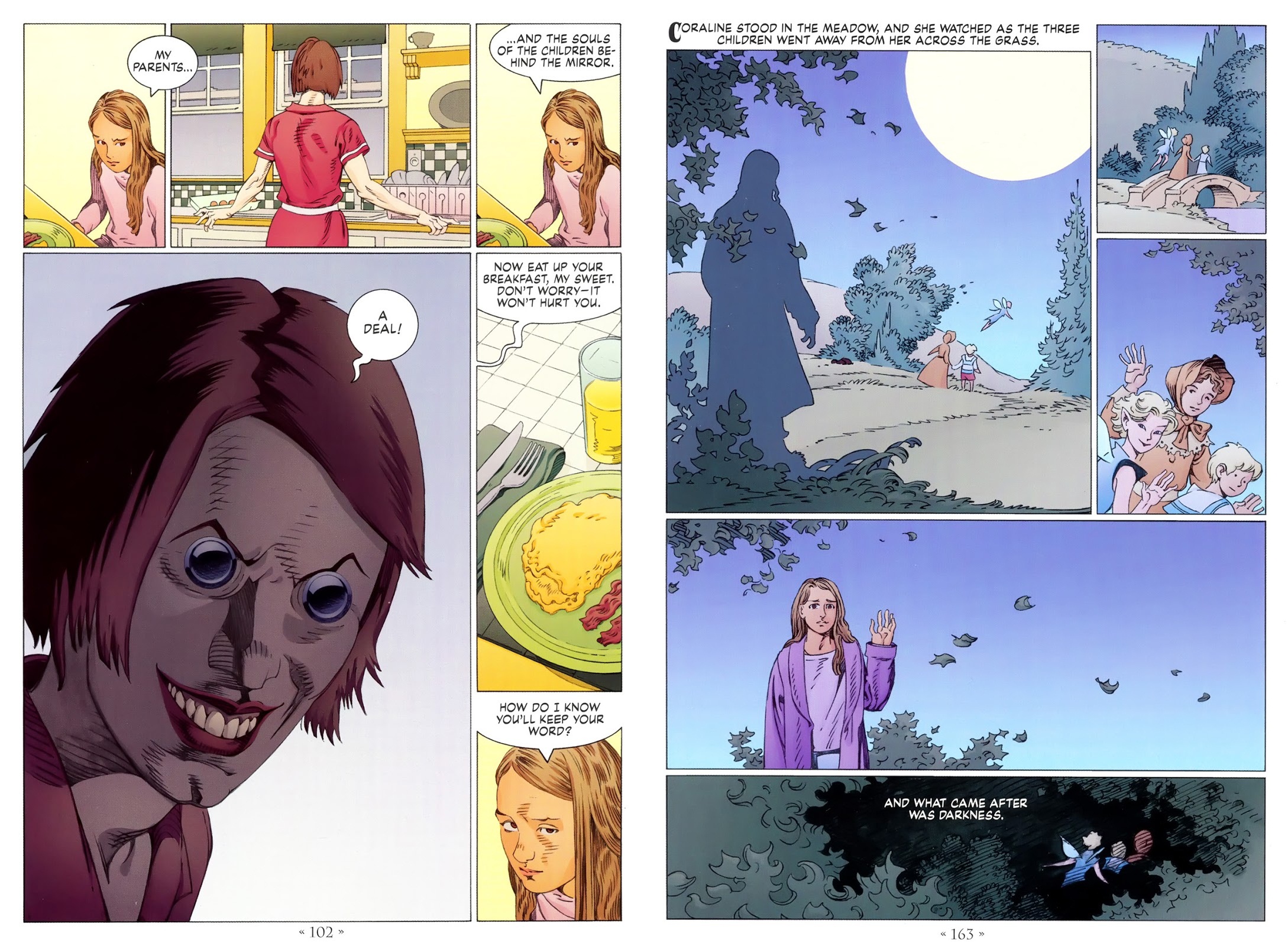 Coraline is the single daughter of two distanced parents, and in the best tradition of children’s stories she’s left to her own devices most of the time, resides in a strange gothic house shared with eccentric residents, and experience and exploration has assured a wisdom beyond her years. She’s observant, curious and imaginative. Beyond a loneliness, Neil Gaiman loads Coraline with petty annoyances, such as none of her neighbours able to take on board that her name isn’t Caroline.

Coraline is Gaiman channelling the spooky children’s novels he read during his youth (with some modern equivalents referenced on page eight) to turn out what begins as a clever pastiche before moving into altogether more disturbing and original territory. A continuing foreboding is introduced early with a door that’s been bricked-up, messages from mice, and a fortune read in the tea leaves. “Tea leaves aren’t reliable for that kind of thing”, Coraline is informed. “They’re good for general, but not for specifics.” “What should I do then?”, she asks. “Don’t wear green in your dressing room,” she’s told, “Or mention the Scottish play,” is the additional advice. It’s funny and further underlines the sense of adults referencing matters a child won’t know.

As has been the case with his other adaptations, P. Craig Russell scrupulously attempts to include as much of the original dialogue as possible, but the visual imagination of where Coraline leads enables him to create a wealth of disturbing imagery from the everyday. In this Russell is an artistic equivalent of David Lynch, bringing out a seething world of terror just beneath the surface. Elsewhere there’s a pastoral beauty evoking a timeless landscape, with the subtle colouring of Lovern Kindzierski immensely effective. Russell keeps his illustration simple, but always with a well considered viewpoint, yet also keeping in mind his primary audience requires clarity and won’t be impressed by technique.

In her explorations Coraline eventually discovers new and more caring parents, but this apparent refuge rapidly takes on a sinister turn, both with the discovery of what she’s dealing with and her real parents barely noticing her absence. Her substitute mother has form for seduction, and in a clever touch just lacks emotional understanding rather than being the traditional evil of a children’s story. Not that this makes her any less threatening.

Does any childhood fear outrank parental rejection? At heart Coraline is about a lonely child whose feelings of rejection enable a wish fulfilment that rapidly sours. Gaiman was presumably an intelligent and precocious child, and allows for the same on the part of his readers by avoiding an unambiguous moral message, letting them join the dots. Few lives are ideal, and what Coraline may have wished for has its own price. Russell’s adaptation is alternately creepy and charming, enhancing an already excellent story worth reading well beyond the young adult market.