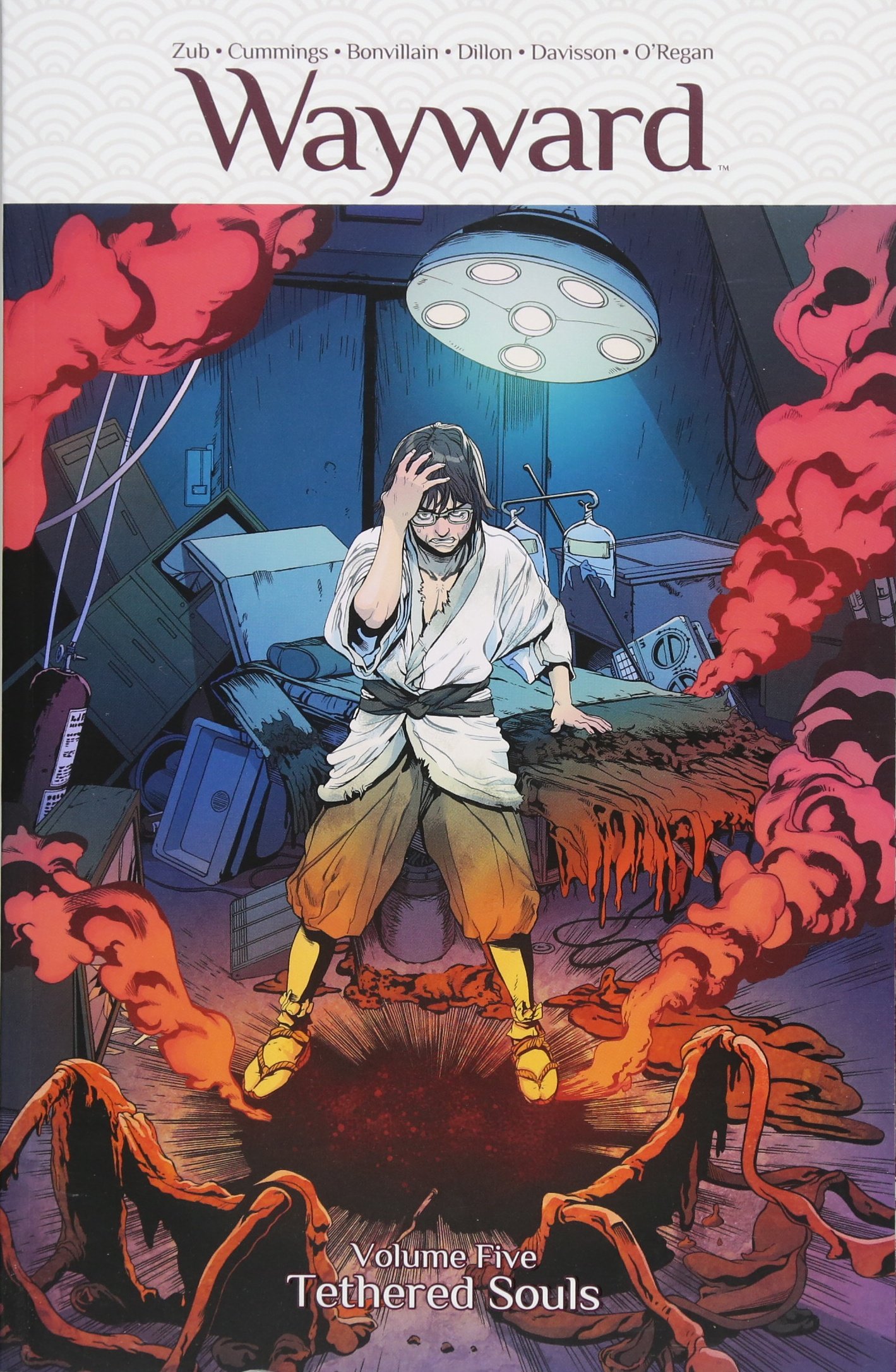 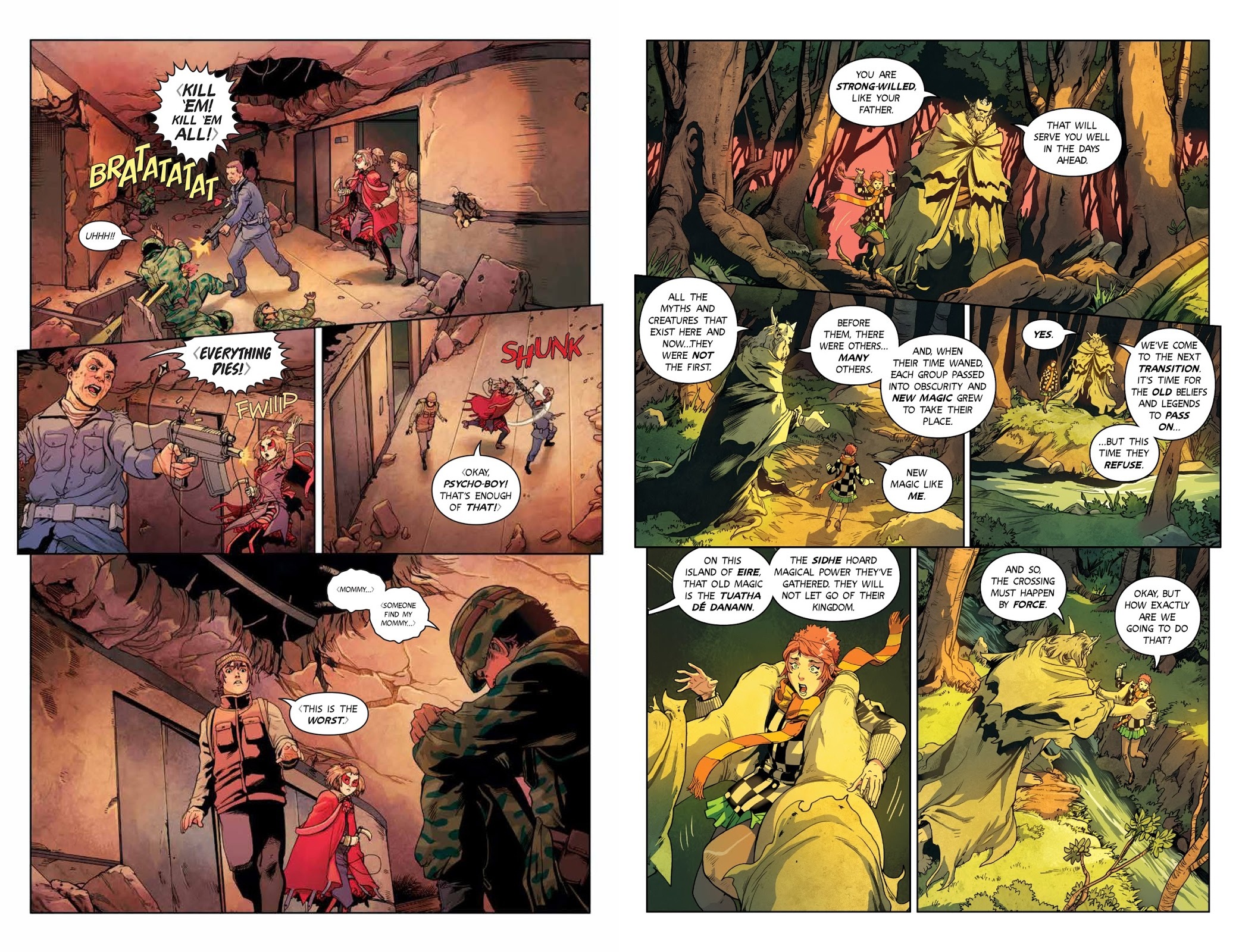 Over the past two books, and particularly the previous Threads and Portents, Jim Zub has been slowly revealing more about the magical hierarchies in both Ireland and Japan, and about what’s at stake connected with Rori Lane and others developing magical abilities. Here Rori learns the truth. For reasons fudged as they’re only a means to an end, each successive magical generation passes on, making way for new forms of magic, but Ireland’s Sidhe have secreted the magic to prevent the Druids acquiring it. They’ve had a long term plan to release the magic, but that requires the use of magic from elsewhere, in this case Japan, and Rori’s dual heritage has been contrived for this purpose since before she was even born. It’s quite clever, if a shock to Rori just how planned her life has been. “My life has been an endless series of lies, secrets and manipulations”, she considers, “all of it leading here”. When “here” is home to the keepers of magic, she’s nonetheless strangely confident. Perhaps that’s misplaced.

Some wild changes take place over the course of Tethered Souls, and they need artist Steve Cummings to deliver the spectacular almost as a matter of course. By now you should be convinced this is hardly beyond him. What strangely is, is being able to capture Dermot Lane, whose head and features always looks slightly misproportioned, but he defines everyone else so well this comes across more as a puzzle than an irritation.

Wayward could be considered a superhero series in some respects, but as it becomes more focussed on specific tasks it’s moved away from that contextually while still drawing heavily on the tropes, and that’s a mixture that works well with what Zub pulls in from fantasy and myths. Chapters alternated between Ireland and Japan in the previous book, and that’s a pattern repeated here, but with a stronger set of events in Japan as it’s shown what Niki can really do, and why the two locations are connected. Zub has become very good at ensuring each chapter builds toward a bombshell ending, and one follows another here as he gathers everything in place for the finale in Bound to Fate. It’s very easy to become caught up in Rori Lane’s page turning world and that’s an indication of creative success.

This content is also available in hardcover combined with Bound to Fate as Book Three. 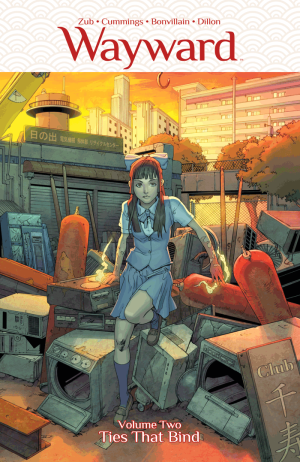 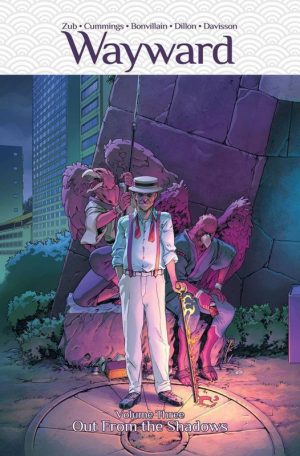 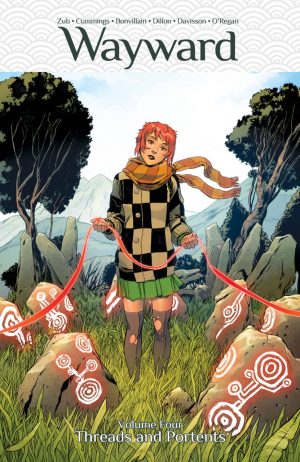