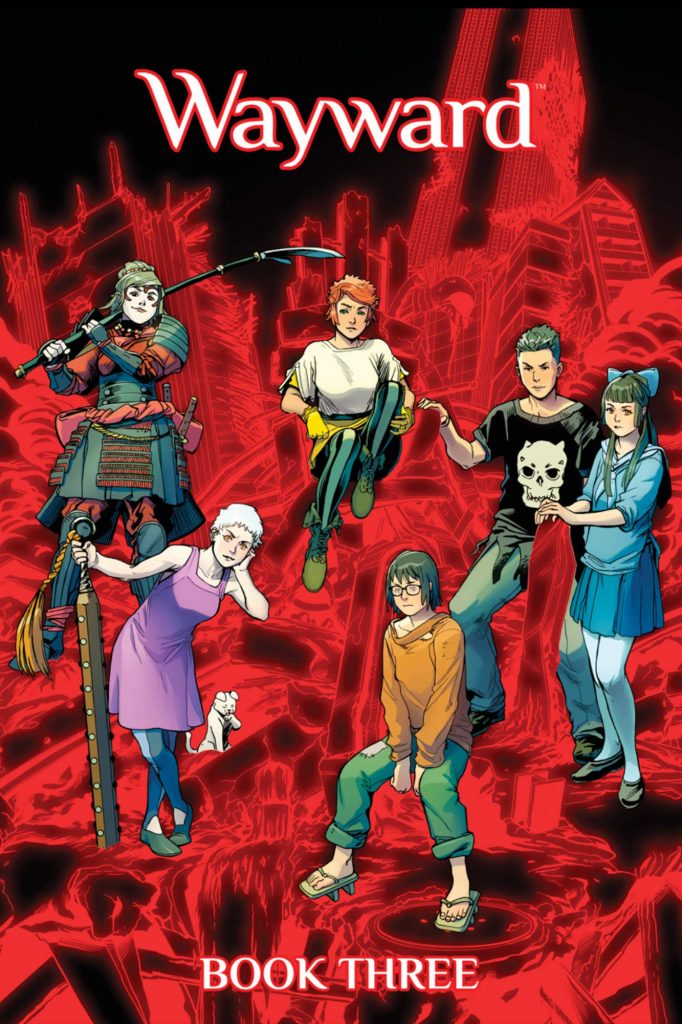 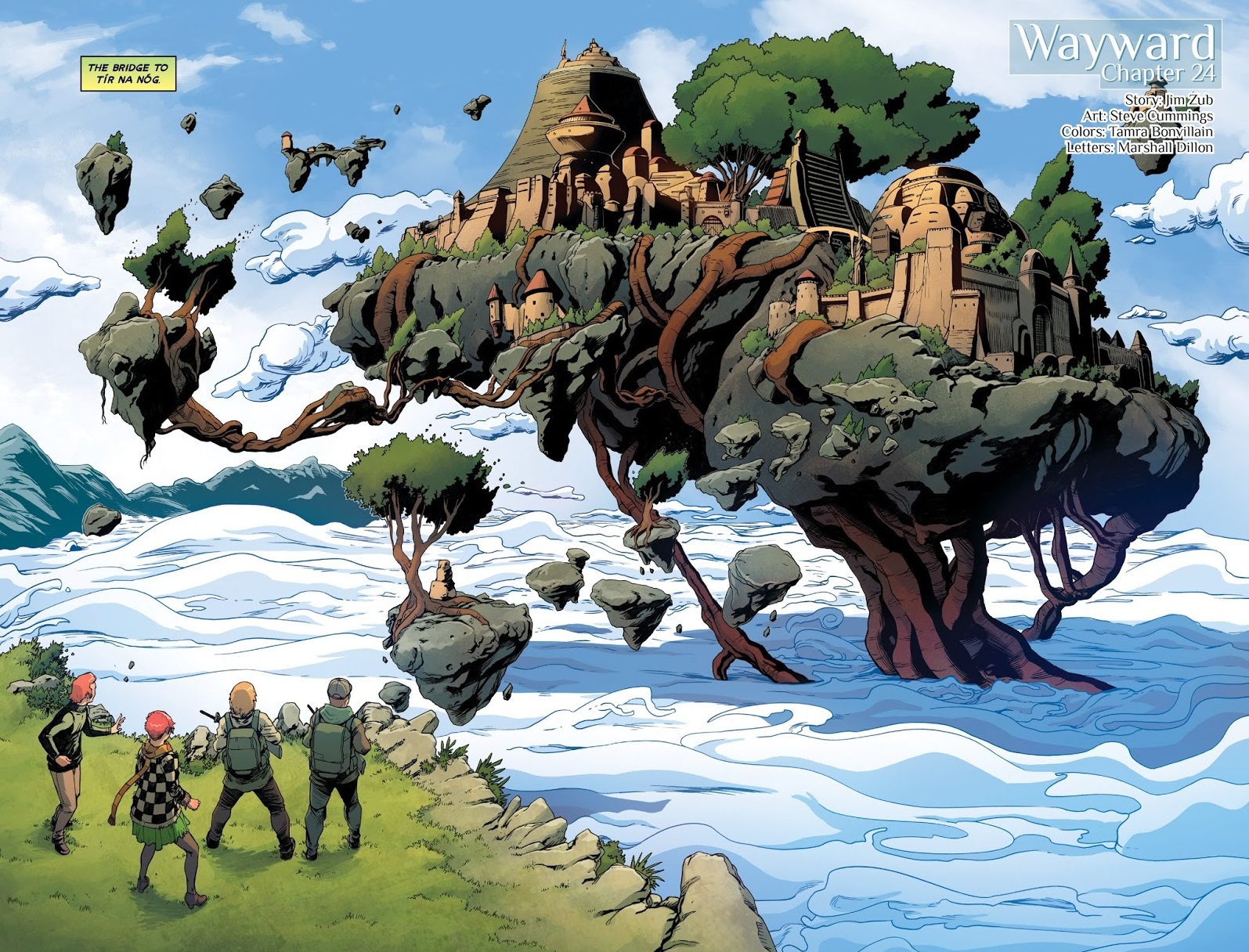 Jim Zub constructed Wayward as a finite series, although the door has been left open for sequels, and this hardcover combines the two final paperback volumes Tethered Souls and Bound to Fate. With its mix of teenage superheroics and ancient mysticism crossing between Japan and Ireland, Wayward started slowly as Zub worked through some teething problems, but any concerns have long since evaporated, and this finale is the best of the series.

Rori Lane might have been absorbed into an ensemble cast, with Zub frequently focussing on what others are doing, but she’s still the lead character, and what she is and does propels the plot. There’s an unpleasantly manipulative, but clever revelation about her dual Irish and Japanese heritage, and with that the final secret is disclosed along with her planned destiny. It’s also empowering. “Here where magic is everywhere I can take as much as I need”, she discovers, and previous restrictions on what she can do are lifted.

Artist Steve Cummings has been wonderful throughout Wayward, pulling things together over the shaky beginning and delivering the spectacular as a matter of course. Several different mystical locations are seen as the story runs its course, and Cummings makes them all look amazing, but he’s not an artist just fired by his imagination. When ordinary scenes are required he puts the full effort into those also, his only slight problem being an inability to draw the features of Rori’s father properly. It’s a peculiarity as everyone else is precisely defined. Cummings’ designs for the mystical threats are strange and memorable, as they’ve been since the start.

So much about Zub’s writing is now good. He consistently works toward bombshell chapter endings, has the police concerned about mystic outbreaks in Japan, and has become adept at twisting what we may have seen before in superhero comics. Because locations and spotlights keep switching, he ensures we’re kept up to date on the supporting cast, what they can do, and their place in the bigger scheme of things. It’s also rare to have a series with very dark occurrences kept relatively light. Part of that is down to Tamra Bonvillain’s choice of bright colours, but it’s also due to Zub bonding the personalities of the main cast, uniting them through adversity.

While series have been gathered into hardcovers as a matter of course in the 21st century, it can be asked if many of them are worth the expensive format. Illustrations by a good artist don’t always look better on oversized pages, but Cummings bucks that. There’s no loss of line, and Zub’s plots compel to the end. If you are considering investigating a beguiling blend of fantasy and superheroics, these Wayward hardcovers are a good choice.