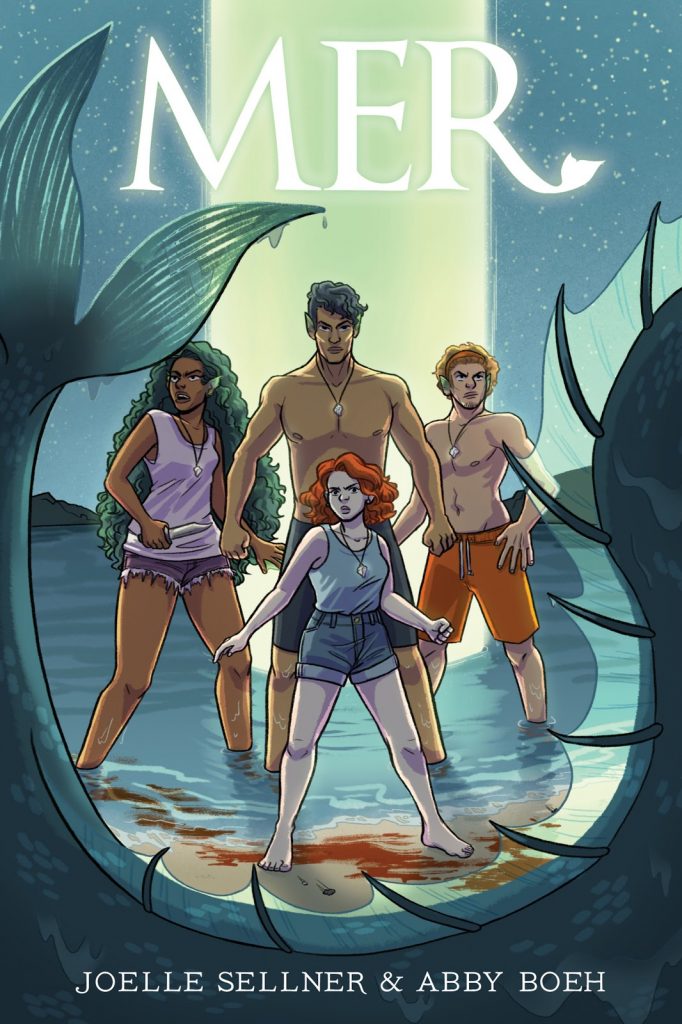 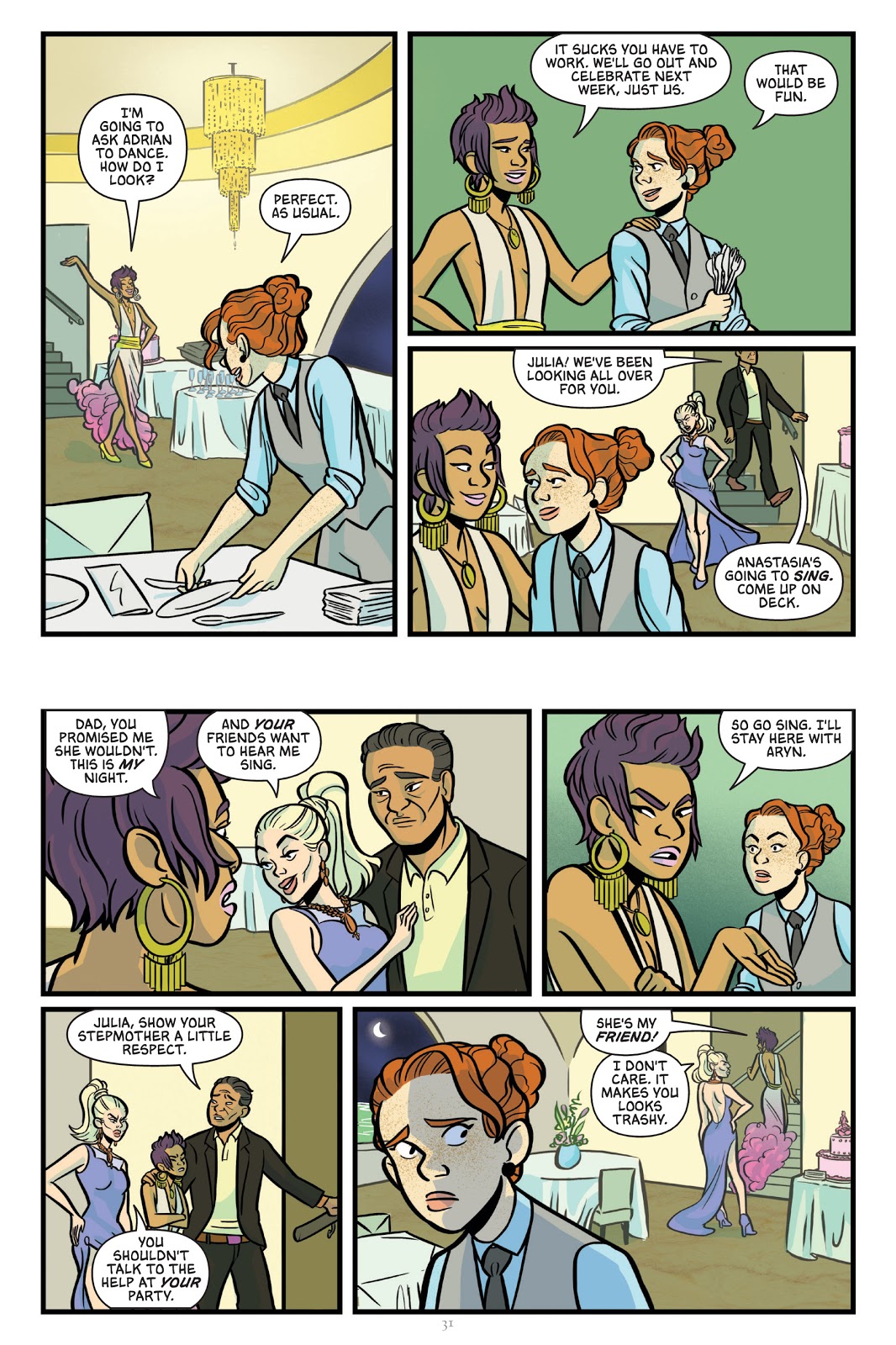 A common starting point for young adult stories is a child having to move to a new town, and consequently a new school. Furthermore, it’s hardly uncommon that what prompts this is the death of a parent. After a violent and strangely disconnected opening sequence, that’s the path Joyce Sellner follows for Aryn. It’s a strange mis-step because it gives a completely false impression that Mer has little originality to offer in what becomes an involving story with frequent surprises, ending with one superbly sold double cross.

Aryn has a strange first day at school, being picked on by the queen bitch, rescued by the friendly Julia Silverglade, and meeting what seem to be three strange foreign exchange students, differentiated by their awkward dialogue patterns. That’s irrelevant to Julia, who’s entranced by Adrian, who’s unusually good in the pool.

Because the opening sequence is such a frequent method of introducing a stranger in a strange land theme, a lot rests on artist Abby Boeh, and it’s thanks to her natural way of presenting people that there’s an instant identification with the more sympathetic members of the cast. This is built on by Sellner, who provides them with well defined motivations. We may not agree with what they’re doing, but we can generally understand why they’re doing it. Seller further constructs a good bond between Arys and Julia before beginning to further explore the background. The title will lead everyone to expect a story about mermaids, and in essence that’s what we get, but not in the predictable fish tail sense. Sellner constructs a cohesive mythology for Mer, and all but the rather one-note villain fit well into that. Then villains are often shy of any great impulse beyond being villainous, and in this case that’s more than enough.

Sellner keeps surprising by where she takes Aryn and the remainder of the cast, not least by starting with what seems to be a high school romance story and switching that to a teenage action thriller with a gripping finale. If there’s a downside it’s that Sellner introduces the concept of people from beneath the sea and their customs, but never takes us there. Otherwise Mer is well paced escapist adventure.