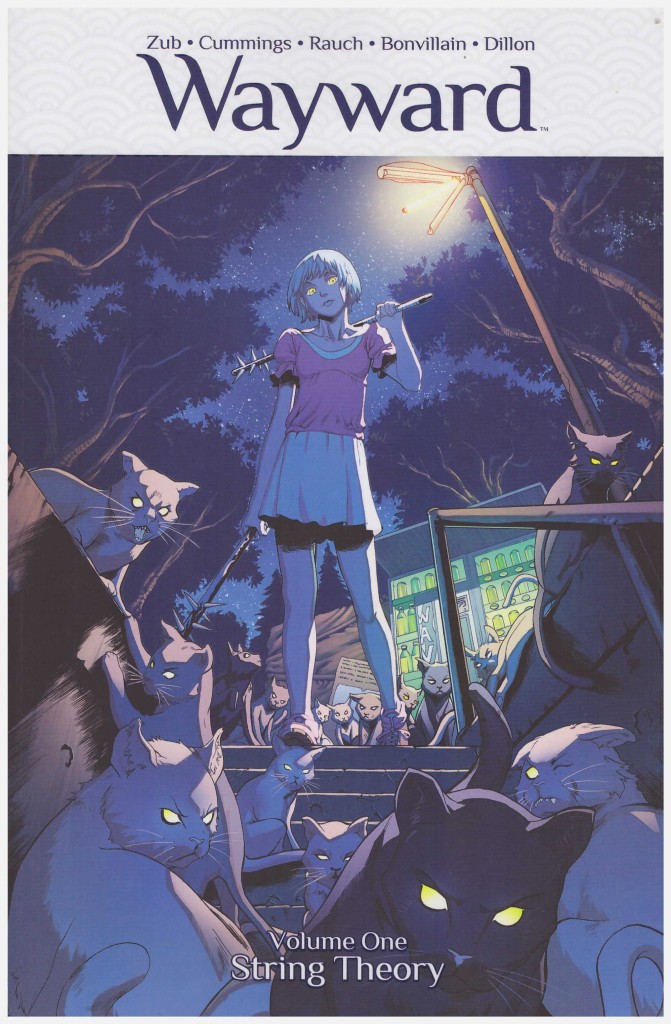 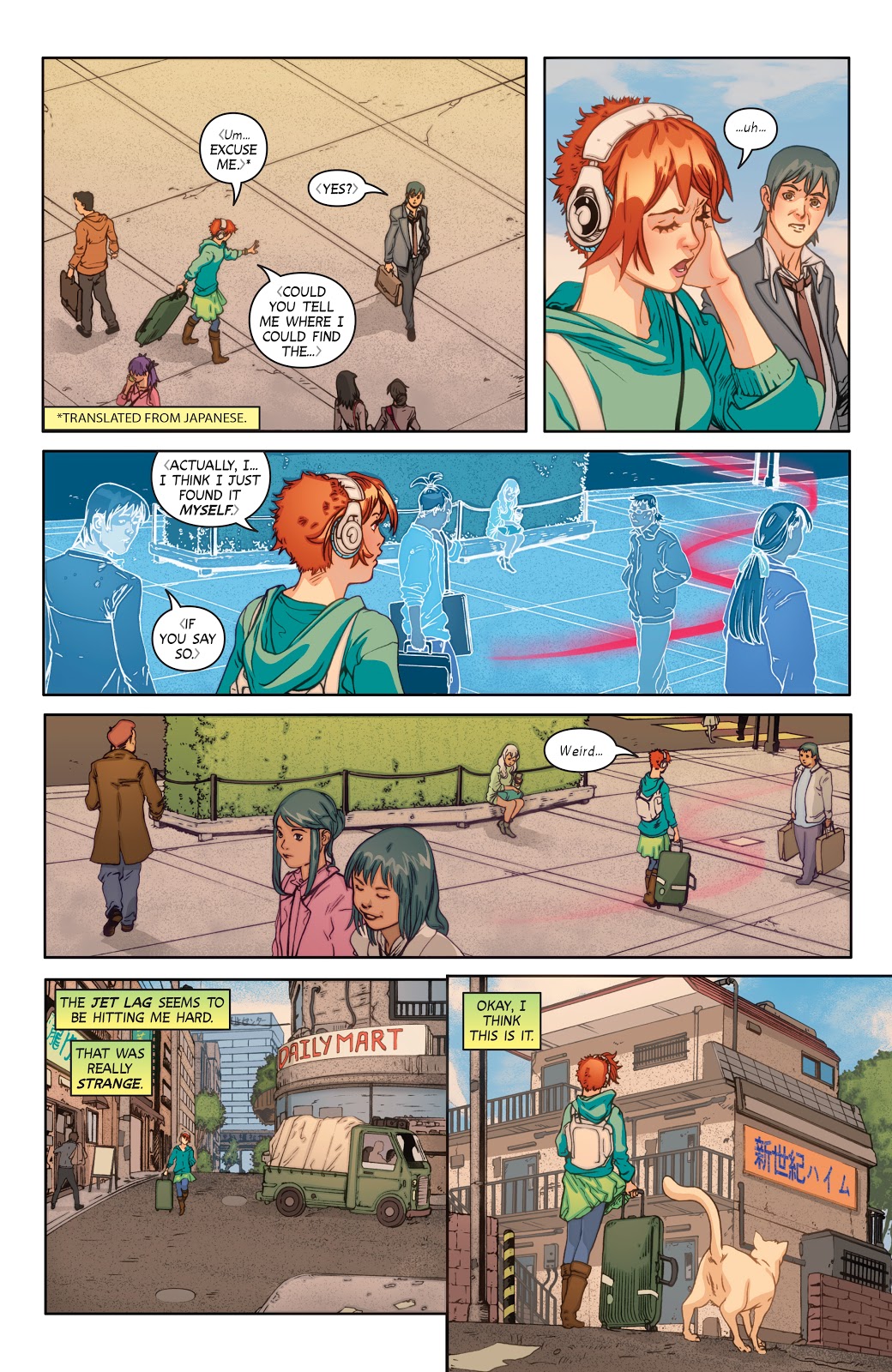 After her parents parted company teenager Rori Lane lived with her father in Ireland. For reasons not revealed here, that hasn’t worked out, so she moves to Tokyo to be with her Japanese mother, and within hours has discovered strangeness. She’s attacked by turtle monsters disguised as humans, rescued by the savage and knowing younger Ayane and now glowing strings of light invisible to everyone else guide her to places she needs to be. She’s drawn to others who’re channelling some form of super power, and into a world most don’t know and can’t see around them.

Just flicking through the book displays the wonder of Steve Cummings’ art. It’s delicate, naturalistic, and with just enough manga influence to cement the location as Japan. He doesn’t stint on background detail, and his designs are appealing. The vibrant colouring, by writer Jim Zub and three others, meshes well after a transition from the first chapter, and establishing Rori with bright red hair serves both as a means of commenting on Japanese culture and providing a focus during action scenes.

The background material explains that many of the characters are based on Yokai, supernatural creatures of Japanese myth, although at this stage knowing this isn’t essential to the understanding of Wayward.

Jim Zub has created an intriguing plot, that propels Rori to a very different place in five chapters, but a problem apparent from the opening pages is that the characters read as if they’re speaking dialogue: “I know you’ve been working a lot lately. How’s that going?”, “At this point we need to embrace the weird, high five it… give it our phone number.” It’s intrusive and distracting.

There’s promise here, but Wayward is a long way from the depth required if it’s to fulfil the promise of being the next Saga as promoted on the back cover. It continues in Ties That Bind. Alternatively both are combined in hardcover as Wayward Book One. 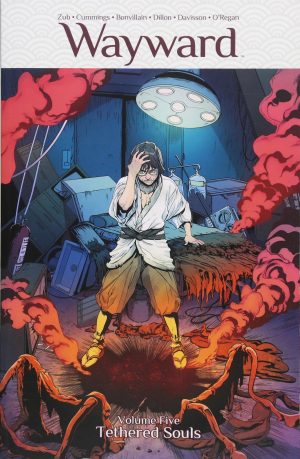