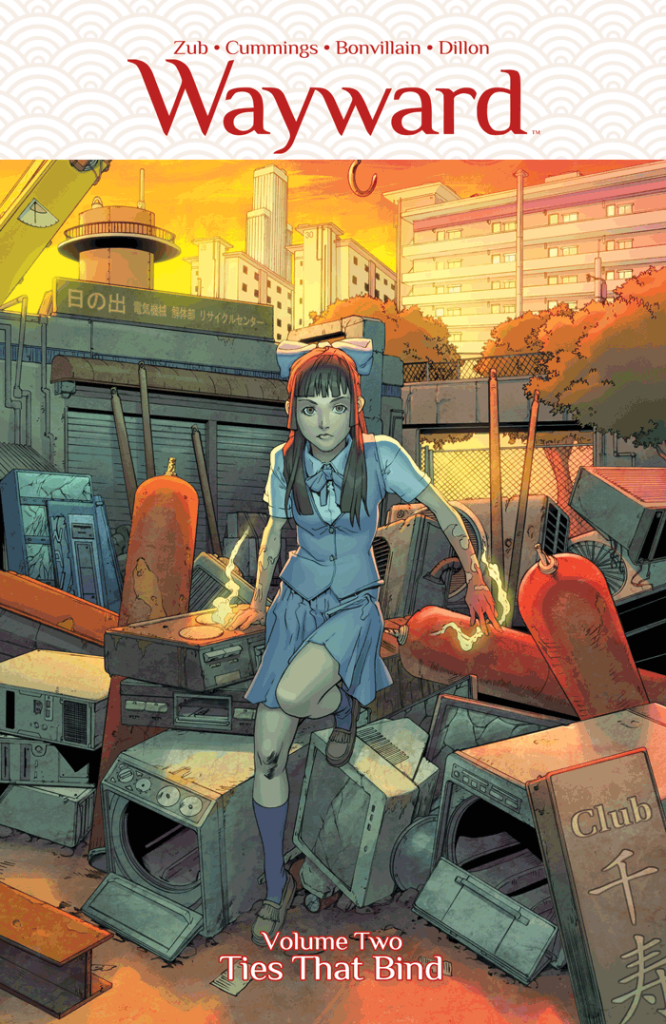 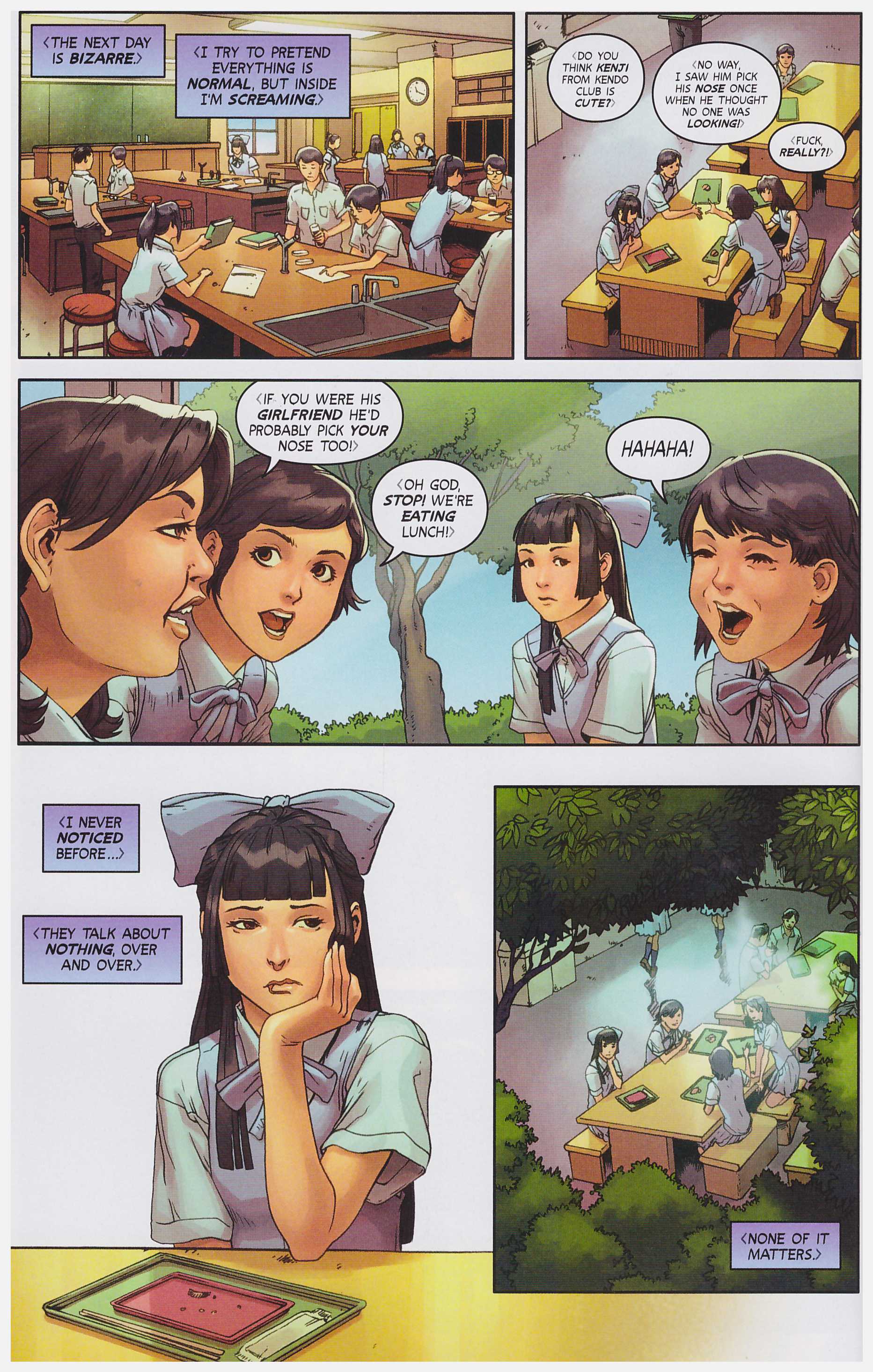 We’ve been introduced to teenager Rori Lane, part Irish and part Japanese, recently transplanted to Tokyo, where she discovers she can tap into some very ancient forces that connect everyone and everything.

That’s not her on the cover. As the book opens Rori’s whereabouts are unknown after the events of String Theory, and instead Ohara Emi welcomes us back to Wayward. She’s been seen very briefly before, attending the same school as Rori, and as the book opens she describes her life as “Tiring, repetitive… I fear it will never change”. This is writer Jim Zub toying with readers as she very rapidly also begins to experience inexplicable and terrifying occurrences.

Thanks to Steve Cummings, Ties that Bind looks even more spectacular than the opening book. He’s got a beautifully delicate line, and a style that borrows from Manga without diving the whole way in. Given plenty to play with by Zub, he pulls out all the stops in creating menacing versions of creatures from Japanese legends, utilising a superb design sense. His action pages crackle with excitement, and he draws the cast in such a way that draws our sympathies toward them, with his characterisation of a shy and uncertain Emi excellent. At one point there’s a glimpse of what has been and what’s to come and Cummins’ spreads are built around a character in torment, and spectacularly delivered. He has the confidence to use one spread just to depict Emi in the classroom and crates a memorable portrait from a very basic scene.

So why isn’t this ranked more highly? Well, Zub has pretty well repeated the plot from the first volume. An uncertain teenage girl is beset by mystical attackers who awaken powers within her, she discovers allies and everything builds to a major battle with a deadly foe. A few changes occur within that pattern, but the structure is all-but identical. It’s better than the opening volume because Zub’s dialogue is much improved, no longer reading as if characters are explaining themselves, and because Cummings, good to start with, has also upped his game.

As was the case with String Theory, the creators supply significant insight into their creative thoughts, and of particular note is Cummings’ illustration split into five sections to supply the covers for the comics reprinted here. It’s provided in both black and white, and colour form, and it’s stunning. Tamra Bonvillain’s vivid colours switch along a designed scheme reflecting the mood within, and it would make an excellent poster.

Ties That Bind is combined with String Theory as an alternative oversized hardcover presentation in Wayward Book One.